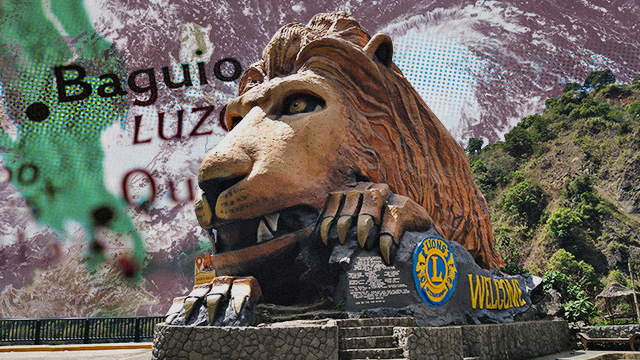 Bulacan Is From Bulak, But Bagyo Is Not From Baguio

Tagaytay also didn't come from tagay, an invitation to drink.

(SPOT.ph) With the intricacy and complexity of Philippine languages and dialects, it doesn't come as a surprise that our words have the most interesting origin stories. Some of our words have the same spelling, but change their meaning depending on where you are in the country. Bitín, for example, may mean that your pants are too short; but can also refer to a boa constrictor when said in Bikol, Hiligaynon, Kapampangan, or Sebwano. Sometimes, a simple change in which part of the word you stress completely transforms the word: bálak means an intention, while balák refers to a poem in the Visayas. Other times, it's easy to relate a place's history with its name.

Here are a few interesting Filipino words and places with fascinating origins:

According to Bulacan's LGU website, the name Bulakan was derived from the Tagalog word búlak (cotton), which was abundant in many parts of the province back in the day. In Vocabulario de la lengua tagala, a Tagalog-language dictionary published by Franciscan friars Juan Jose de Noceda and Pedro de Sanlucar in 1754, bulakan refers to a place where you can get lots of cotton.

Another entry in the Tagalog dictionary is bulakán, which is closer to the name of the province in terms of the accent. Its entry says "isang uri ng palay na pitong buwan bago anihin."

National Artist for Literature Nick Joaquin in the book Manila, My Manila: A History for the Young (1990) suggested that Binondo's name come from the archaic Tagalog word binondoc (or binundok, in diksyonaryo.ph). This refers to the the Manila district's hilly terrain.

Tagaytáy is either a city or a geographic formation

Several sources claim that the word bagyo (typhoon) was coined from Baguio, when a record-high rainfall of 1170 mm within 24 hours happened in the city on July 15, 1911. "Yes, the term bagyo is a direct reference to the city of Baguio," one of the sources say. This, however, assumes that the word hadn't existed until 1911.

Vocabulario de la lengua tagala already cited the word bagyo when the dictionary was written in 1613 and published in 1754. Its accent is on the second syllable, bag-yó; and is defined as "malakas na unos, napakalakas at nakasasalantang hangin." This means that our forefathers have been using it since the 18th century (way before 1911); and maybe even before that, it just wasn't documented.

Baguio, on the other hand, is a Hispanized spelling of the Ibaloi word bagiw, which means lumot in Tagalog or moss in English. The chilly weather causes moss to grow in the area, making the mountainous province perennially verdant.

Baguio Bulacan Manila Tagaytay Staying In Filipino History Explainer
Your Guide to Thriving in This Strange New World
Staying
In? What to watch, what to eat, and where to shop from home
OR
Heading
Out? What you need to know to stay safe when heading out