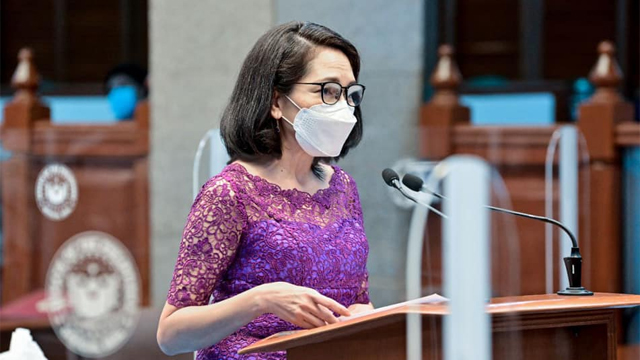 Media Is "One of Last Lines of Defense" Against Fake News, Says Risa Hontiveros

(SPOT.ph) While the democratization of content through the Internet gave us free-for-all access to information, it also made it easier for people to fall into the depths of false and misleading information. "Fake news" has taken over social media platforms, where fact-checking isn't always the default and word-of-mouth can now be taken as completely credible. In this age of misinformation and disinformation, Senator Risa Hontiveros called on media practitioners to "have and sustain a collective campaign" against fake news. The senator said this to Summit Media reporters in a video conference on Wednesday, July 21.

"Pagtutulungan across the different media stakeholders against mis- and disinformation because those are anathema to your mission of imparting information. Sana regular, consistent na campaign; kasi regular na rin e at sobrang consistent na ng kampanya ng misinformation at disinformation. Hindi lang nationally, pati globally. At locally na rin, kasi it has wormed its way in into our economy. Pinagmumukhang nano-normalize siya bilang trabaho," she explained.

Hontiveros also said that there are studies and reports that claim that this mis- and disinformation industry is being institutionalized. "There are disinformation and misinformation architects relying on an information elite, who in turn are relying on—parang bagong proletariat to use an old word—people who need jobs especially under pandemic conditions. Tapos ito 'yong pinagagawa sa kanilang 'trabaho,' napakaruming trabaho," she added.

She posed the challenge to media practitioners to remain vigilant and be always conscious of the ramifications of their storytelling, pointing out that narratives told through print and video are so powerful. "And please remain conscious about not falling into the traps of authoritarian projects, which deliberately and necessarily include the distortion of truth, historical revisionism, and propagation of fake news in order to prop up new authoritarian projects for the future," Hontiveros said.

The senator added that the journalist's role is important in this "authoritarian period" when one branch of the government is "overly powerful, overreaching, sinusubukang i-intimidate or bilhin or i-coopt 'yong ibang branches of government." And as the fourth estate, according to her, media—"like the youth"—is "one of our last lines of defense. Please don't fail us."

Hontiveros herself was a journalist for about a decade before getting into politics. She was a news anchor for IBC and GMA, and was awarded the Kapisanan ng mga Brodkaster ng Pilipinas Golden Dove Awards for Best Female Newscaster in 1994.

Risa Hontiveros Summit Sandwich Sessions Interview Senate 2022 Elections Adventurer Savvy Seasoned Fake News
Your Guide to Thriving in This Strange New World
Staying
In? What to watch, what to eat, and where to shop from home
OR
Heading
Out? What you need to know to stay safe when heading out