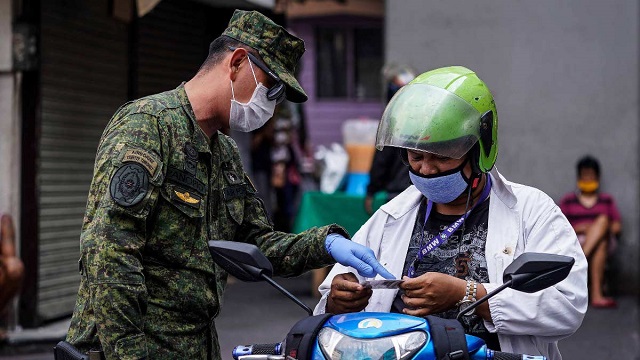 No Need for Quarantine Passes in Metro Manila for MECQ

Just one main difference of this version of the quarantine.

(SPOT.ph) There is no need for quarantine passes in Metro Manila under the upcoming season of the quarantine, said Metro Manila Council chairperson Edwin Olivarez. The National Capital Region will be under a modified ECQ from August 21 to 30, a slight easing of restrictions following a half-month long ECQ.

Meanwhile, the curfew will remain from 8 p.m. to 4 a.m. throughout the National Capital Region (NCR). According to Olivarez, the city mayors have decided that they will always keep a uniform curfew across Metro Manila. "Laging unified," he said. "Maintain pa po ang curfew natin."

As for liquor bans, Olivarez explained that the council has not talked about whether they will be doing a uniform ruling. Rules on that will depend on your local government.

The Metro Manila MECQ vs. ECQ: More Than Quarantine Passes

The MECQ announcement has people confused thanks to its very similar rules to the previous season. When asked about the difference Olivarez said, "Ito ay parang 'heightened' na MECQ." Similar to the way we were under a heightened GCQ at the start of August, which is essentially a notch stricter than just a general GCQ.

Olivarez added that the city mayors have also been given the green light to enforce "strict granular lockdowns" in their areas. As opposed to larger lockdowns, the clustering can be done in concentrated areas such as a road or building.

Adventurer Savvy Seasoned Hard News Edwin Olivarez Metro Manila Council Quarantine Heading Out
Your Guide to Thriving in This Strange New World
Staying
In? What to watch, what to eat, and where to shop from home
OR
Heading
Out? What you need to know to stay safe when heading out