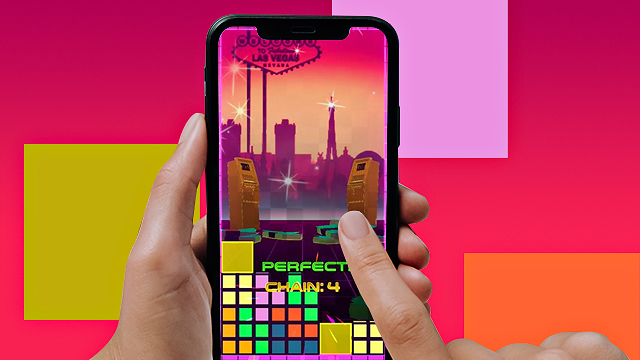 From a new version of Tetris to something for K-Pop fans.

(SPOT.ph) “Music soothes the savage beast”—or, in this case, our weary minds and bodies, particularly after a long day of work or virtual classes. Playing games do, too, and what perfect way to unwind and distract yourself from the world by combining these two by settling down to a mobile rhythm game?

Check out these fun rhythm games you can download right now:

Tetris Beat recently dropped on Apple Arcade, and it’s basically the game we know and love—made even more fun with music. Here, players play the game like how they’d play Tetris while making sure to keep their movements—dropping the tetrominos to the beat, that is—in sync with the rhythm. Fun fact: The songs by musicians Alison Wonderland, GARZA, and Hannah Diamond, among others, were made exclusively for the game.

BanG Dream! Girls Band Party! follows the story of a group of Japanese girl bands and the members’ individual growth. To play the game, you simply have to tap, hold, flick, or drag notes to the rhythm of your chosen song as they fall towards the bottom of the screen. Clearing songs will let you gain points while progressing the story.

It’s the 22nd century, and robots with human memories have come to replace humanity, which was wiped off the face of the Earth by a deadly virus. “Cytus” is actually the place where human emotions are stored in the form of music due to limited space. To play the game and discover the whole story, you have to tap, drag, and hold notes as the Active Scan Line passes through them, in time with the music.

Come for the game, stay for the story in DEEMO. The mysterious titular character helps out a girl named Alice—who falls from an open trapdoor in the sky—return to her world. The player makes Deemo do so by clearing various piano music by accurately hitting notes as they fall to the bottom of the screen. There’s a richer story that will tug at your heartstrings behind all these, which you can uncover as you progress, too.

If you’re looking for something simple to chill out with, check out ELOH. Here, you only have to move blocks in order to direct a bouncing ball to hit another block, with every hit playing a tone that adds to the music…and so on, through multiple levels. The straightforward gameplay supported by cute visuals and a groovy soundtrack makes it an ideal bet for casual gaming.

For starters, Sayonara Wild Hearts has, hands down, one of the most poetic introductions in a game: that its protagonist was a young woman who used to be very happy, “until one day, her heart broke so violently that her sorrow echoed through space and time.” That dreamy description is just the tip of the iceberg, as the concept beautifully flows through this “pop album video game,” which lets players control the protagonist through stunningly surreal landscapes, avoiding hurdles, collecting hearts, and more to the rhythm of pop music.

Available on Apple Arcade and Steam.

Its gameplay is comparable to Guitar Heroes, but instead of busting out riffs, you get to play to the tune of songs by your favorite K-Pop group. Just pick a song, the level of difficulty, and play away! Here, you also get to win random photo cards which you can use to your advantage as you play more. The SuperStar Series are divided into specific agencies and artists, such as SMTOWN, JYPNATION, YG, P Nation, and more.

A taiko is a Japanese drum, and it’s what you hit (or rather, tap on) in sync with the music and notes that appear on this game. Taiko no Tatsujin Pop Tap Beat’s gameplay is bolstered by adorable animations featuring Japanese characters, colorful backdrops, and music ranging from anime and game music to classical, and more.

In Thumper: Pocket Edition, you get to play as a space beetle that barrels wildly through an auto-runner-like path as you tap, swipe, or combine both actions. The game had been described as “rhythm violence,” and with its gorgeous visuals and exciting gameplay, we think that description is pretty spot-on.

VOEZ  is both the name of this beautifully illustrated game and a six-piece band, whose members feature in the game’s story. There’s an in-game diary that gives a slice-of-life glimpse to the characters’ daily lives at school, vacation, work, and more. To play the game, you just have to tap on notes as they reach the bottom of the screen to the rhythm of synthpop, trance, eurodance, pop, and electronic music, among others.