The International Criminal Court: What Is It, What Does It Do
Loading
Already a member? Log in
No account yet? Create Account
Spot.ph is your one-stop urban lifestyle guide to the best of Manila. 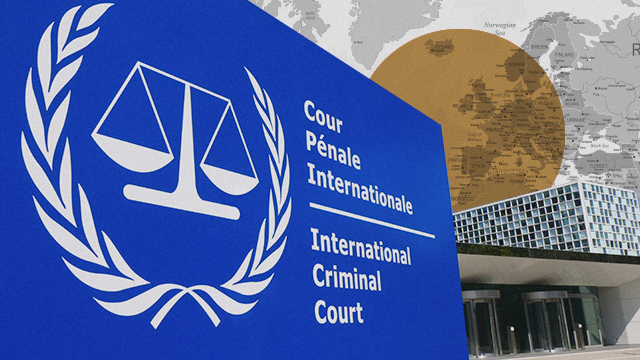 The International Criminal Court: What Is It and What Does It Do?

(SPOT.ph) The International Criminal Court announced on Wednesday, September 15 that the Pre-Trial Chamber I is officially authorizing their investigation into the "war on drugs" in the Philippines.

"The chamber hereby authorizes the commencement of the investigation into the Situation in the Philippines, in relation to crimes within the jurisdiction of the Court allegedly committed on the territory of the Philippines between November 1, 2011 and March 16, 2019 in the context of the so-called ‘war on drugs’ campaign," read the court decision signed by Judges Péter Kovács, Judge Reine Adélaïde Sophie Alapini-Gansou, and Judge María del Socorro Flores Liera. The crime alleged by the Prosecutor is the "crime against humanity of murder."

According to the document, the Prosecutor alleges that there is information of a link to the so-called "war on drugs" campaign with the campaigns and statements by President Rodrigo Duterte "calling for drug suspects to be killed." The investigation will also be looking at alleged killings by the Davao Death Squad. "The Prosecutor emphasises that persons involved in these killings in some cases appear to be the very same people that were later involved in the so-called ‘war on drugs’ campaign," the document added. All public declarations made by Duterte since the time he was mayor of Davao City were taken into account.

The Prosecutor of the International Criminal Court (ICC) requested authorization from the Pre-Trial Chamber to initiate investigations on June 14; given the ICC's framework, statements from the victims were collected for a month. "The representations received overwhelmingly support" the Prosecutor's request, which prompted the decision to officially start the ICC's probe.

What is the International Criminal Court?

The ICC is a "permanent international court" that was established to investigate and prosecute individuals accused of commiting "serious crimes of concern to the international community as a whole." These include genocide, crimes against humanity, war crimes, and crimes of agression. It's not a substitute for national courts, but they can intervene when a State "is unable or unwilling to genuinely carry out the investigation and prosecute the perpetrators." Such an investigation can be tricky for Philippine courts, given that the allegations of crimes against humanity is against individuals in the national government.

Why does the ICC have jurisdiction in the Philippines?

Chief Presidential Legal Counsel Salvador Panelo told local radio DZBB on September 16 that Duterte will not cooperate in the investigation "since first of all, the Philippines has left the Rome Statute, so the ICC no longer has jurisdiction over the country."

The Rome Statute that Panelo was referring to is the treaty that established the ICC on July 17, 1998. During a conference in Rome, 160 states agreed as to what crimes fall within the jurisdiction of the ICC as well as the rules of procedure and the mechanisms for states to cooperate with the Court. Over 120 countries are determined as the State Parties to the Rome Statute, which includes countries in Africa, Asia- Pacific, Eastern Europe, Latin America, the Caribbean, Western Europe, and North America. The Assembly of State Parties happens once a year to review ICC's general policies and activities.

The ICC, however, "retains its jurisdiction over crimes committed during the time in which the State was party to the Statute and may exercise this jurisdiction over these crimes even after the withdrawal becomes effective." This means that any crime committed before March 17, 2019 is covered, which is why the current ICC investigation was specific about crimes against humanity allegedly committed from November 1, 2011 to March 16, 2019 only.

The Supreme Court of the Philippines on July 21 also ruled that "even if [the Philippines] has deposited the instrument of withdrawal, it shall not be discharged from any criminal proceedings." This is part of the unanimous 106-page decision, which was penned by Associate Justice Marvic M.V.F. Leonen with 14 justices concurring, dated March 16 and published on July 21.

What are the next steps?

The Pre-Trial Chambers, which officially authorized the investigation of alleged crimes against humanity in the Philippines, has the essential role of "supervising how the Office of the Prosecutor carries out its investigatory and prosecutorial activities, to guarantee the rights of suspects, victims and witnesses during the investigatory phase, and to ensure the integrity of the proceedings." They decide whether or not to issue warrants of arrest or whether or not to confirm the charges against a person suspected of a crime. They also decide on the admissibility of the victims' statements.

Once an arrest warrant is issued and the charges are confirmed by a Pre-Trial Chamber, the person suspected of a crime appears before the Court. The ICC does not have its own police force to arrest suspects, but the Rome Statute indicates that State Parties "shall cooperate fully with the Court in its investigation and prosecution of crimes within the jurisdiction of the Court." The suspect is held at the detention center in The Hague, The Netherlands, for the duration of the trial at the Court.

All trials and pronouncements of sentence are held in public. Judges of the ICC may impose a prison sentence, which can be a maximum of 30 years or a lifetime imprisonment for extreme cases. They cannot impose a death sentence.

News International Criminal Court Philippines Duterte War On Drugs Adventurer Savvy Seasoned Explainer
Your Guide to Thriving in This Strange New World
Staying
In? What to watch, what to eat, and where to shop from home
OR
Heading
Out? What you need to know to stay safe when heading out