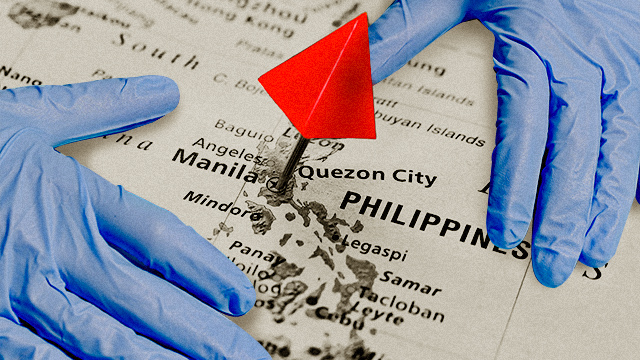 The Philippines Is the Worst Place to Be in During COVID, Says Bloomberg

(SPOT.ph) While it's true that the whole world is struggling amid the pandemic, governments are dealing with it differently. There are nations that have completely closed their borders, and there are others that are deploying vaccine shots and boosters at a fast pace. Bloomberg on September 28 published their monthly COVID Resilience Ranking, which is a "snapshot of where the virus is being handled the most effectively with the least social and economic upheaval."

The Philippines places last out of 53 countries, ranked based on 12 data indicators, including virus containment, the quality of healthcare, vaccination coverage, overall mortality and progress toward restarting travel, and easing border curbs. All countries considered are supposedly the "world’s biggest 53 economies" and how they're "responding best—and worst—to the same once-in-a-generation threat."

Also read:
The Philippines Has Been Named Least Safe Country in the World
This Think Tank Ranks the PH Below Azerbaijan in Its Global Peace Index

According to the New York-based media company, the Philippines' drop to 53rd place in September "caps a steady decline over the course of 2021." It also reflects the "challenges that the country is facing from the onslaught of the Delta variant." This variant is particularly hard for countries in Southeast Asia, which are facing difficulties in containing the more contagious strain and slow vaccination rollout. Four other countries in the region—Indonesia, Thailand, Malaysia, and Vietname—are all in the lowest rungs of this month's ranking.

Bloomberg also wrote that "the Philippines faces a perfect storm in that it’s grappling with the more ferocious delta variant at the same time as it works with an inadequate testing regime and sees disruptions to its economy and people’s livelihoods as the pandemic continues to rage."

The country has a Bloomberg Resiliency Score of 40.2, which is determined by the percentage of vaccinated people (20.1%), lockdown severity (75), flight capacity (-73.9%), and vaccinated travel routes (139). All the numbers for the Philippines are in the orange zone. It's also underperforming on COVID containment, particularly on positive test rate at 27.2%—the second worst in the world. "The metric indicates a government is only testing the sickest patients for Covid and that there’s likely high levels of undetected infection in the community," Bloomberg added.

The outbreak also largely affected economic and social costs, which are determined through metrics related to "quality of life." Mobility remains 29% below a pre-pandemic benchmark, while economy growth is only at 4.5%. Weak healthcare infrastructure and low human development index score also contribute to the low ranking.

"The most significant impediment to the Philippines’ response has been its limited access to vaccines," according to Bloomberg.

Most of all, the media outlet pointed out that the country's handling of the pandemic was hampered by a 1991 law that made local government units responsible for the health system, instead of on a national scale. "Without uniform guidance, village-level health teams often follow rules set by mayors or chieftains, resulting in a fragmented response to COVID," they said.

To improve the ranking (and the overall survival of those currently living in the Philippines), Bloomberg suggested four things: ramp up vaccination rate, seek further vaccination supply through the World Health Organization, COVAX, or bilateral agreements, vaccinate the most at-risk populations, and bolster COVID testing.

Philippines Covid News Hard News Adventurer Savvy Seasoned
Your Guide to Thriving in This Strange New World
Staying
In? What to watch, what to eat, and where to shop from home
OR
Heading
Out? What you need to know to stay safe when heading out