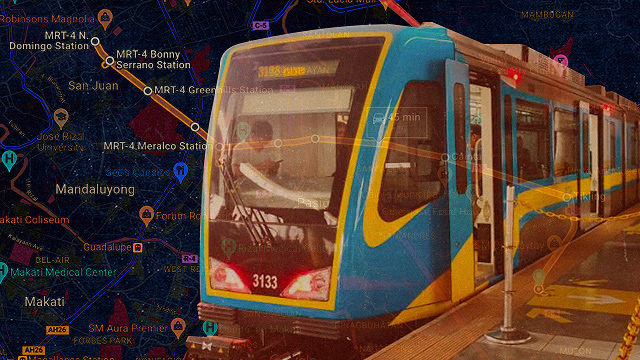 The planned mass transport system is going to be a monorail.

(SPOT.ph) More than a year after approval by the National Economic and Development Authority in January 2020, the Metro Rail Transit Line 4 project finally made some progress after a contract agreement for the architectural and engineering design was signed by IDOM—a Spain-based corporation that provides consulting, engineering, and architecture services. The P58.9-billion project is expected to be fully operational by the first quarter of 2028, according to Department of Transportation Secretary Arthur Tugade. Construction was initially pegged to start in 2021 with operations to begin in 2025 but those dates were pushed back during the quarantine.

Also read: A Look at The New Train Lines in the Works for Metro Manila

It is projected to serve from 2,678 passengers (off-peak) to 4,464 passengers (peak) per hour. Since the public transport will link parts of eastern Metro Manila to the province of Rizal, it is expected to generate over 73,000 direct and indirect jobs for Philippines, according to Tugade.

The design stage by IDOM is slated for the fourth quarter of 2021. The multinational corporation is also behind the Riyadh Metro: Line 3 in Saudi Arabia, Metro of Istanbul-Vezneciler-Sultangazi in Turkey, Bahrain Metro, Bogota Metro: Line 1 in Colombia, Hanoi Metro: Line 3 in Vietnam, and Metrolink Dublin in Ireland.