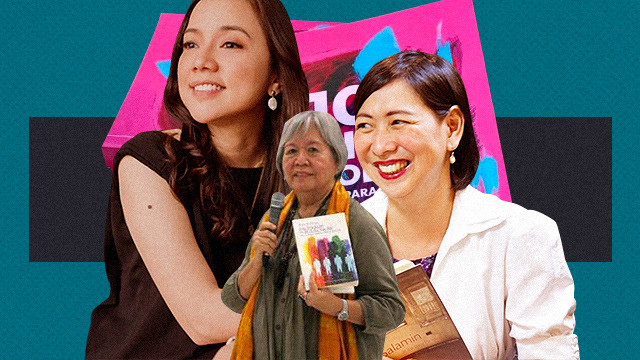 (SPOT.ph) Every generation's literary or art movement is always a product of its time. The Beat Poets of the '40s and '50s, for example, rebelled against the conventions of mainstream American life. Dada artists produced satirical and nonsensical pieces as a response to the horrors of World War I. The ongoing climate crisis pushed ecoliterature to the forefront of the literary wave. And with the upcoming national elections, playwright and director Floy Quintos—in a Facebook post on January 31—noted "A kind of Renaissance has been brewing, have you noticed? A Renaissance of Hope." Aside from a virtual exhibition titled Mas Radikal ang Magmahal opening on February 14, a poetry anthology is coming out on Valentine's Day. 100 Pink Poems Para Kay Leni, which is published by San Anselmo Publications, compiles 100 poems by 67 Filipino poets.

Also read: BenCab, Elmer Borlongan + Over 100 Artists Come Together in a Fundraising Exhibit

"We were a small group of four poet-friends who were responding to the call of [Vice President] Leni Robredo when she decided to run for president. It was a strange call from a person, who was not satisfied just to conduct a political campaign. She encouraged all her supporters to instead to spread random acts of kindness. We initially thought that an online social media page would serve as a virtual equivalent of a community pantry, where poets and poetry enthusiasts may contribute ayon sa kakayahan, in order for the rest of the country to pick-up the poems ayon sa pangangailangan," shares the editorial board of 100 Pink Poems Para Kay Leni in an online exchange with SPOT.ph. The group was referring to Robredo's battlecry "mas radikal ang magmahal."

San Anselmo Publications announced a call for submissions in mid-December with executive publisher Marvin Aceron at the helm. As the book's back-cover blurb notes, "Remarkably, the process of dissemination, submission, collation and editing took only four weeks—in time to have this collection of multilingual poetry printed and presented as a Valentine’s Day gift to Vice President Leni Robredo." The initial plan was to have one poet with one poem per page, but the editors knew better than to restrict artists with specific forms.

According to a Philippine Star article by Krip Yuson, who happens to be part of 100 Pink Poems Para Kay Leni's editorial board, the oldest contributor is 87-year-old Luis Cabalquinto, a New York-based oragon from Camarines Sur; while the youngest is 17-year-old Yñigo Miguel Almeda, who is a biology freshman from Ateneo de Manila University. Other poets in the roster are Ninotchka Rosca, Joi Barrios, Merlinda Bobis, Gémino H. Abad, Jose Dalisay, Marra PL. Lanot, Bibeth Orteza, Mookie Katigbak-Lacuesta, Lee Sepe, Beverly W. Siy, and many more. Joining Aceron and Yuson as editors are Noel Romero del Prado and Emmanuel Quintos Velasco. Cover art is by Celeste Lecaroz, while layout is by MK Segundo.

"The primary objective was not for fundraising, but more for awareness-raising. It was not enough for the poets to simply express their solidarity with the people, both online and offline. It was equally important for the people to know that they are also present, ready to respond in radical love, with the artists creating gigantic murals in the headquarters of Leni and Kiko, free lugaw, ayuda distribution, pink pantries, donation drives for calamity victims, lawyers giving free legal services, doctors going out to the communities to provide medical attention, pink bikers, pink motorcades, and other spontaneous citizen-led events," says the editorial board.

People can also recite and perform poems from the book during rallies and political gatherings, while sales from the book will be used to support the candidate, explained Aceron as some of the short-term goals of 100 Pink Poems Para Kay Leni.

"But remember, poetry is also the repository of our collective memory. Thus, the long term value of this book is that, many years from now, people will remember that this country was hit by the 2020 pandemic with a terrible president at the helm, and there was this lady who inspired us and took on this daunting task of putting our country back in order with the right political values. Leni will win the elections and do as she promised. Over time, politics will deteriorate again and people will forget. But people may relive this time of our lives. All they need to do is to open this book and be delighted and inspired again by the 67 poets, their 100 poems, and their muse, the lady in pink," he adds.