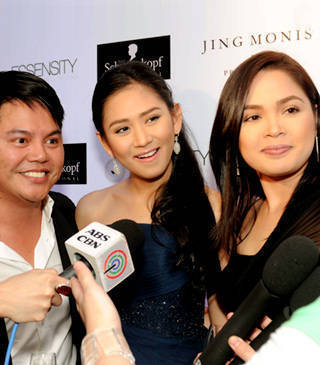 Superstar endorsers Judy Ann Santos and Sarah Geronimo top-billed the slew of celebrities who helped inaugurate the new Jing Monis Salon at Greenbelt 1 last October 12. Monis, the favorite hair and makeup artist of Santos, Geronimo, as well as other celebrities, top models, photographers, stylists, designers, editors, TV commercial directors and advertising creative directors, has been in the business for 15 years. He has helped create some of the most groundbreaking images in both magazine editorials and ad campaigns and has been a key force in elevating the art of hairstyling and makeup to a whole new level since then.

"He’s one of the best," says top fashion photographer Mark Nicdao. "His level of professionalism is on another level-he has taken his craft to a level where everyone looks up to him. Whether in makeup or hairstyling, he has mastered [the art of enhancing] people’s faces. At the same time, he’s fun to work with!" he adds. "He has the eye," says Liz Uy, Preview fashion editor. "He knows what’s best for each talent. And he knows what’s ’now’ and what’s not."

Monis’ partners at their original Propaganda salon, Juan Sarte III, Cristine del Valle, Marlon Rivera and Jay Lozada have now given him full creative and operational control of his eponymous salon. "Expect even better and more professional service, as well as more updated styles and techniques," Monis says. "The salon will use the Schwarzkopf line of earth-friendly, organic hair products, which are safer for clients especially those with sensitive scalps," he adds.

The salon was transformed into a runway-cum-club during the launch, with muses Tweetie de Leon-Gonzalez, Joann Bitagcol, Mandy de la Rama Santos, Vicky Herrera, Judy Ann Santos and Brazilian-Japanese male model Daniel Matsunaga modelling Monis’ latest looks. Joey Mead emceed the show, even getting all choked up and speechless as she introduced the man she and her generation of models lovingly call "Dad." Friends from the fashion, beauty and entertainment industry were all there to show their love and support. 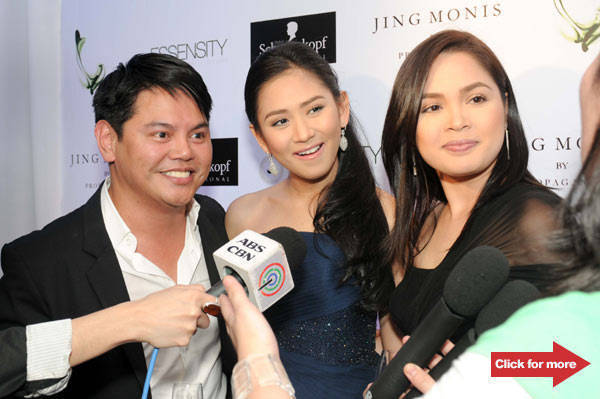 Agot Isidro Jing Monis Joey Mead Judy Ann Judy Ann Santos Manila Launch Manila Party Mylene Dizon Ryan Agoncillo Sara Geronimo Sarah Geronimo Teresa Herrera Jing Monis Salon Salon
Your Guide to Thriving in This Strange New World
Staying
In? What to watch, what to eat, and where to shop from home
OR
Heading
Out? What you need to know to stay safe when heading out