Stylish stars, socialites and designers fete the launch of Slim exhibit and book
Loading
Already a member? Log in
No account yet? Create Account
Spot.ph is your one-stop urban lifestyle guide to the best of Manila. 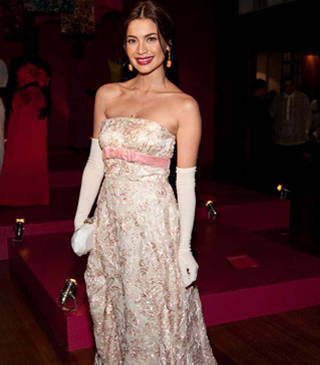 Stylish stars, socialites and designers fete the launch of Slim exhibit and book

The National Museum was filled with the well-heeled and well-dressed: celebrities, top designers and fashion personalities who paid tribute to Salvacion Lim-Higgins, better known as Slim, in a gala reception to formally launch the retrospective exhibit entitled "SLIM: Salvacion Lim Higgins, Philippine Haute Couture 1947-1990" on November 24 sponsored by Preview and Town & Country magazines. 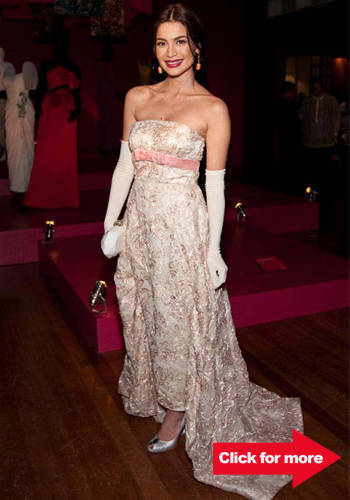 Held at the Museum of the Filipino People of the National Museum, the exhibit showcases Slim's gowns, some of which were borrowed from the private collections of her former clients, while others came from the archives of the school she established, the Slim's Fashion and Arts School. A collectors' edition coffee-table book that celebrates Slim's legacy was also launched that night.

In an interview with Preview in May 2008, Slim's daughter Sandy Higgins paints a picture of the fashion sensibilities in post-war Philippines. "Life was glamorous and laid-back, it was nothing [to the women] back then to order three designer gowns for one day–[for] a luncheon, afternoon tea, and an evening [ensemble for the] Kahirup ball," she says. It was this clientele that Slim served–the socialites, the celebrities, and even the First Ladies chose her to be their couturier.

Slim also founded the Slim's Fashion and Arts School in 1960 to "pass on the lessons she had learned and the fashion tricks she had devised for herself," as Higgins tells Preview. The school has since produced some of the biggest names in the fashion industry today, including Joe Salazar, Pepito Albert, Cesar Gaupo, Oskar Peralta, Caloy Badidoy, Lulu Tan-Gan, and Joey Samson.

Fashion Manila Launch Manila Party Slim Slims Slims Exhibit
Your Guide to Thriving in This Strange New World
Staying
In? What to watch, what to eat, and where to shop from home
OR
Heading
Out? What you need to know to stay safe when heading out