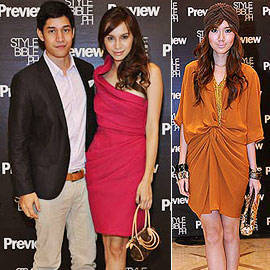 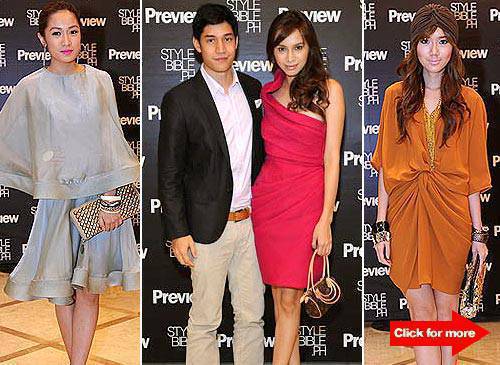 The schools were asked to pick five nominees from the graduating class and Preview whittled down the list to five finalists: Renz Reyes and Seph Bagasao from the Fashion Institute of the Philippines; Dan Duran from the School of Fashion and the Arts; and Erika Adona and Riza Bulawan from Slim's Fashion and Arts School made thecut for 2011.

The PEFTA finalists presented a six-piece collection at a fashion show held at the Peninsula Manila’s Rigodon Ballroom on September 21 to an all-star panel: Preview editor-in-chief Pauline Juan, Preview fashion editor Daryl Chang, designers Inno Sotto and Cesar Gaupo, and fashion director Robby Carmona. Joining the PEFTA finalists in the fashion show were four designers who have exhibited potential to excel in the fashion industry and were handpicked by the magazine: Kristel Yulo, Ken Samudio, Xernan Orticio, and Jot Losa.

The nine designers will be featured in Preview’s Ten Young Designers to Watch For. Among the nine designers, Xernan Orticio’s creations were chosen to appear on the cover of Preview’s January-February 2012 issue while Erika Adona was chosen to join designers Jun Escario, Joel Escober, and Ivar Aseron for next year’s Fashion Watch. Also spotted at the event were Divine Lee, Victor Basa, Camille Co and Laureen Uy.

Preview Previewmagazine Previewemergingfashiontalentawards Fashion
Your Guide to Thriving in This Strange New World
Staying
In? What to watch, what to eat, and where to shop from home
OR
Heading
Out? What you need to know to stay safe when heading out