Reel Heroes: 10 Actors Who Played Them in Movies 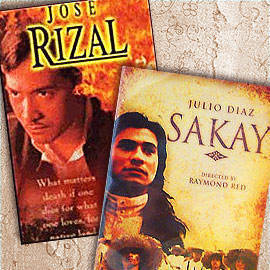 As we celebrate National Heroes’ Day, SPOT.ph lists 10 actors who played heroes in movies. Did they do their roles justice or did they just look funny?

Cesar Montano took the ball and ran with it in the flick that sealed his reputation as a serious actor.

For his role in Marilou Diaz-Abaya’s Jose Rizal in 1998, Montano immersed himself in all things Rizal. To "become" the hero, he studied fencing, painting, drawing and sculpture, and took lessons on how to speak Spanish, French, German, and Latin. In this instance, Method acting worked wonders and Montano said his ultimo adios to thankless roles in flicks like Machete: Istatwang Buhay (1990). 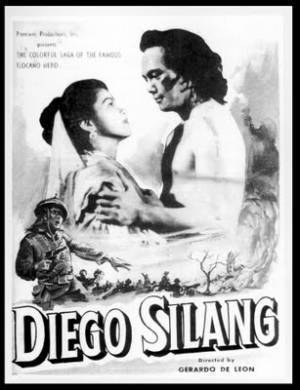 Padilla--the uncle of Robin Padilla and Rudy Fernandez, as well as the grandfather of Zsa Zsa Padilla--played the Ilocano hero in the 1951 flick Diego Silang. The film was directed by National Artist Gerardo de Leon.

Lito Lapid as Lapu-Lapu fights off the Spaniards at 7:26.

Action star-turned-politician Lapid played the title role in 2002’s Lapu-Lapu, a not-quite-historically-accurate production that allowed him to show off his macho stance. Lapid’s Lapu-Lapu even has a love interest named Bulakna, played by Joyce Jimenez. 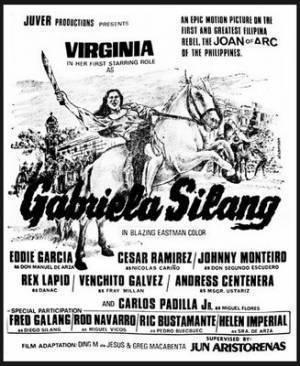 The wife of actor Jun Aristorenas starred in this 1971 flick about the Ilocana heroine. This was her first starring role. She was later dubbed as the Action Queen of Philippine Movies.

Sarmenta played the title role in 1997’s Tirad Pass: The Story of Gen. Gregorio del Pilar, which was directed by Carlo J. Caparas. Sarmenta’s acting is surprisingly good--but this is probably his most underrated performance. Bonus: Joel Torre plays Emilio Aguinaldo in this movie.

A year after he played Jose Rizal’s literary alter ego Crisostomo Ibarra/Simoun in Marilou Diaz-Abaya’s Jose Rizal, Torre played the martyr himself in Bayaning Third World, which was directed by Mike de Leon. This highly cerebral film is a postmodern take on Jose Rizal’s story, as it features filmmakers who are planning to make a Rizal flick.

Gardo Versoza as Andres Bonifacio leads an attack against Spanish soldiers at 4:33.

Also cast in Marilou Diaz-Abaya’s Jose Rizal, the sexy actor portrayed the revolutionary Andres Bonifacio. In his blog, Lessons From the School of Inattention, lawyer-critic Francis "Oggs" Cruz wrote that Versoza’s Bonifacio was "an unconvincing romantic wreck written as a cardboard cutout of blind idolatry." Still, Versoza’s fans probably thought he was the sexiest Bonifacio ever.

Raymond Red directed Sakay, a 1993 film about little-known hero Macario Sakay, who continued the resistance movement against the Americans. He was hanged by the US military in 1907. Diaz did a superb job playing him. 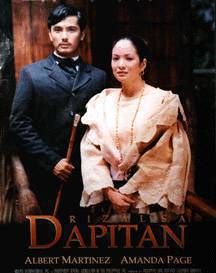 Martinez is probably the most tisoy to play Jose Rizal on the big screen. He fleshed out the hero in Tikoy Aguiluz’s 1997 flick, Rizal sa Dapitan, which focused on Rizal’s life in exile. Sexy star Amanda Page played Josephine Bracken. 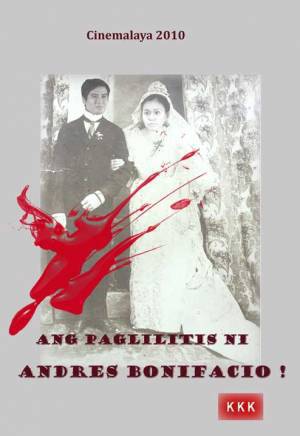 Vargas plays the tragic hero in Ang Paglilitis ni Andres Bonifacio (2010), an indie flick directed by Mario O’Hara. This film was showcased at the Cinemalaya this year. Though it didn’t get any awards, Vargas’ perfomance, as well as the perfomance of the rest of the cast, would make anyone hopeful about local cinema.