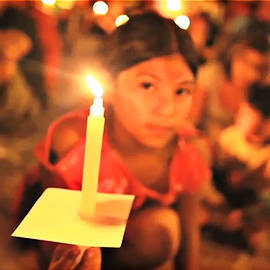 How did people spend those 60 minutes for Mother Earth last year?

Spectacular scenes around the world during Earth Hour, which started in Sydney, Australia in 2007

This Saturday, March 26, the whole world is encouraged to turn off the lights for 60 minutes starting at 8:30 p.m. (local time). Make the most of your Earth Hour by joining festive gatherings, catching entertaining shows, or simply spending a quiet hour at home. Get inspired by checking out these Earth Hour celebrations around the world last year.

Flash mob at the SM Mall of Asia in Pasay

During the days leading to the Earth Hour, flash mobs choreographed by the Dance Pinoy Team were held at the SM Mall of Asia and Bonifacio High Street. Pupil’s "Disconnection Notice"-particularly the lyrics "Turn off the lights now"-was a perfect fit for the dance numbers. 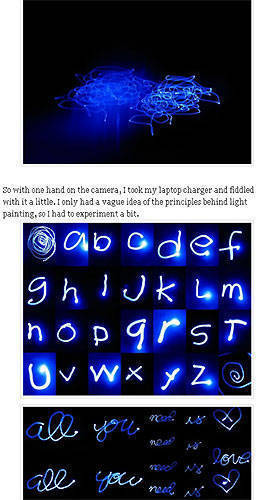 Artist and blogger Abby Yao from Antipolo spent the hour doing light painting. She blogged, "With one hand on the camera, I took my laptop charger and fiddled with it a little. I only had a vague idea of the principles behind light painting, so I had to experiment a bit. I ended up with a terrible headache, but I think it was worth the trouble." Learn the art of light painting here.

Kids, couples and the elderly-everyone came together for the hour-long darkness in the cities of Druskininkai and Vilnius, and held candlelit events featuring fire dancers, musical performances and more. Almost simultaneously, lights were turned off in major buildings and areas that were left illuminated by the moon and various candle formations in the shape of the number 60.

Before a crowd holding candlelit lanterns in Santa Cruz, several fire twirlers added another element of danger to their act-stilts.

Talk about spine tingling. A couple of weeks before Earth Hour, the Chinese University of Hong Kong Chorus sang "Ave Maria" in relative darkness at the Tsuen Wan Town Hall Auditorium to promote the worldwide event.

At a house party illuminated by Solar Light Caps, this young crowd sure made the most of Earth Hour by breaking out the board games, taking a dip into the pool and guitar jamming.

In Halifax, people turned to the cosmos for entertainment and took advantage of the relative darkness to stargaze.

Adding pizzazz to their show, drummers performed with colorful glow-in-the-dark strips attached to their forearms, dazzling the crowd acoustically and visually at the Palacio de Bellas Artes.

In this video, one guy danced while dressed as a giant panda, one of the world’s most endangered animals and China’s national treasure. The giant panda has been the logo of the World Wildlife Fund ever since it was founded in 1961.

Check out SPOT.ph’s "10 Things to Do in the Dark During Earth Hour" published last year.

Earth Hour Earthhour2010 Earthhour2011 Earthhourphilippines Ecofriendly
Your Guide to Thriving in This Strange New World
Staying
In? What to watch, what to eat, and where to shop from home
OR
Heading
Out? What you need to know to stay safe when heading out