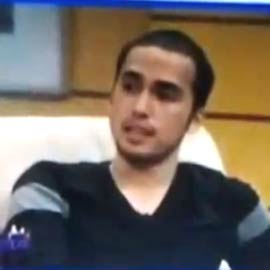 Our SPOT.ph Pinoy movie blogger weighs in on the now-infamous comment made by indie film director Rafael Santos that has the local theater world aghast.

Oh dear. It seems young filmmaker Rafael Santos, whose short film Samarito is showing at Cinemalaya this year, made some tacky remarks about theater actors. People are pissed, and understandably so.

Joel Trinidad, in an open letter to Cinemalaya, called for the removal of Samarito from the festival which starts in mid-July. He called Santos     "insensitive, mean-spirited, and divisive" in the letter. These are scathing words, to be sure, but also a description that sure fits everyone at some point or another. We are also human, after all, just like Rafael Santos.

There have been many reactions to the backhanded compliment slash demeaning comment Santos made on television. Theater actors and other industry professionals-those who don't complain, cry on cue, and come on time-have cried foul. Perhaps Rafael Santos thought he was being "witty" and "ironic" (when he was merely being arrogant and insensitive) when he expressed his preference for working with theatre actors. The comment was made in bad taste, certainly, but perhaps the message was not meant to injure. From my understanding of what he said, Santos was actually trying to convey that he likes working with theater actors because they are professionals who have passion for their craft despite the long hours and the low wages.

Apparently, Rafael Santos has since sent a letter of apology, which ends with the slightly puzzling statement: "I don’t expect to be forgiven, but I do hope my family is treated kindly." (I don't know: what is he expecting? Social ostracism? Hate mail? Death threats?)

This fracas has made me wonder about two things: first, who is this Rafael Santos and what makes him so tactless? Second, I wonder if it was ultimately a clever move on his part to say something seemingly careless and inflammatory on national television. Remember the old showbiz adage "there's no such thing as negative publicity?" My curiosity is piqued and so now I guess I'll just have to see his work at Cinemalaya this year. Anyway, it's a short film already programmed with a bunch of other shorts. If it's awful, at least it won't last very long. If it's good and he gets to do more work soon, he may have a hard time casting theater actors!

All else aside, let me say this: I hope someday everyone gets paid what we are really worth. Support the arts and Filipino artists!

P.S.
And who was that elegant and well-spoken gentleman sitting on the other side of the couch in the television clip posted above? That's Loy Arcenas, acclaimed stage designer and director, whose film Niño is also at Cinemalaya this year.

At last, something to look forward to.

Rafael Santos Cinemalaya2011 Samarito
Your Guide to Thriving in This Strange New World
Staying
In? What to watch, what to eat, and where to shop from home
OR
Heading
Out? What you need to know to stay safe when heading out