Paris Hilton walks out of interview when asked if she worries her "moment has passed"
Loading
Already a member? Log in
No account yet? Create Account
Spot.ph is your one-stop urban lifestyle guide to the best of Manila.

(SPOT.ph) Socialite Paris Hilton walked out of an interview on ABC’s Good Morning America on July 20 after being asked how she felt about being past her prime, reports CBS News. Hilton’s current reality show, The World According to Paris, which began this June, has not been raking in ratings.

Good Morning America anchor Dan Harris asked the socialite: "Do you worry at times that the people who have followed in your footsteps, like Kim Kardashian, are overshadowing you?" to which Hilton replied, "No I’m not." She also added that she was not at all nervous about her show’s low ratings.

When Harris asked Hilton whether she worries if her "moment has passed," the reality star looked at her publicist with an expression of disbelief and walked out. Off camera, she could be heard saying "I don’t want any of this being used."

Hilton, however, returned after a few minutes to finish the interview. "I’ve been doing this for 15 years now, so it’s been a long time. So just like any other business person or someone in the industry, it’s always important to reinvent yourself and come up with new projects," she said.

Hilton’s career as a reality star began in 2003 when she starred in The Simple Life with Nicole Richie. The Simple Life stretched to five seasons. After which, she did Paris Hilton’s My New BFF which branched out to three versions in the US, UK, and UAE. She also has acting and singing credits to her name.

For more on this story, log on to CBS. 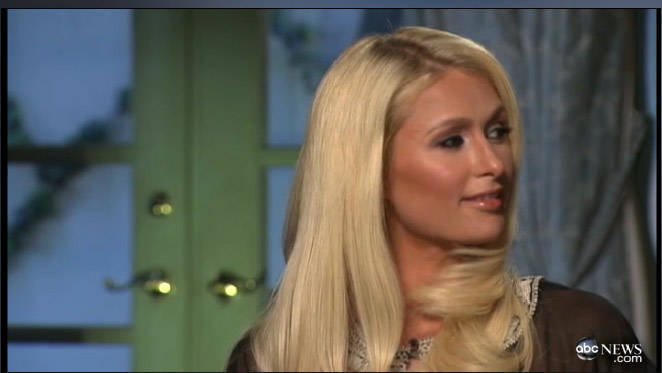 Click on photo to watch Paris’ interview with Dan Harris

Paris Hilton Walks Out Danharris Goodmorningamerica Kimkardashianovershadowingparishilton
Your Guide to Thriving in This Strange New World
Staying
In? What to watch, what to eat, and where to shop from home
OR
Heading
Out? What you need to know to stay safe when heading out