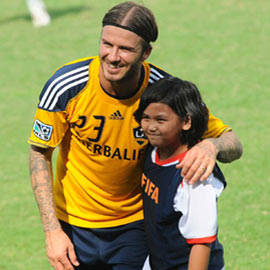 Follow the football ace and see how he rocked his Philippine visit. 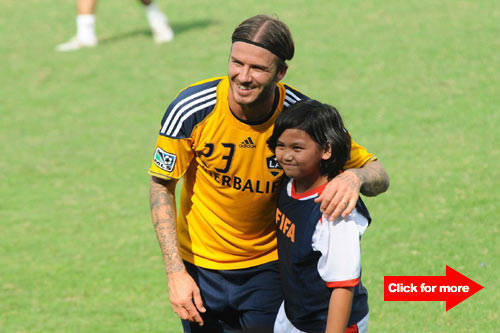 Beckham with a participant of a football clinic. Click for more.

(SPOT.ph) International football star David Beckham, together with his team, the Los Angeles Galaxy, played against the Philippine Azkals, in what could possibly be a once-in-a-lifetime game on December 3 at the Rizal Memorial Stadium. The Galaxy bested the national team 6-1, which included a heart-stopping curling goal from Beckham himself.

After playing for 75 minutes, Beckham took off his jersey and gave it to Pacquiao. The boxing champ’s wife Jinkee was later seen giggling while holding the jersey. Beckham also offered a second jersey to Younghusband at a post-game press conference. 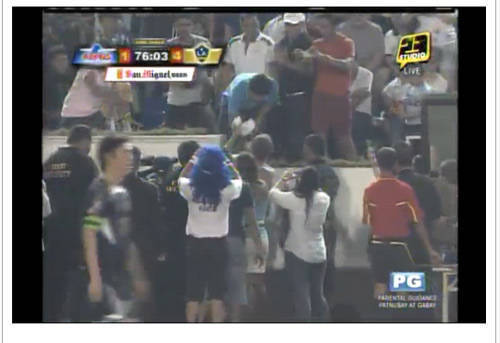 Click on the photo to watch Beckham hand over his jersery to the boxing champ.

David Beckham Lagalaxy Davidbeckhaminthephilippines Unicef Philippineazkals
Your Guide to Thriving in This Strange New World
Staying
In? What to watch, what to eat, and where to shop from home
OR
Heading
Out? What you need to know to stay safe when heading out