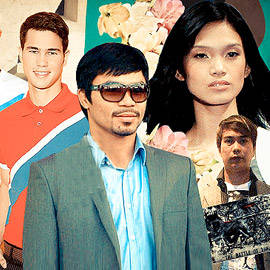 We raise our glasses to 2011’s triumphs. 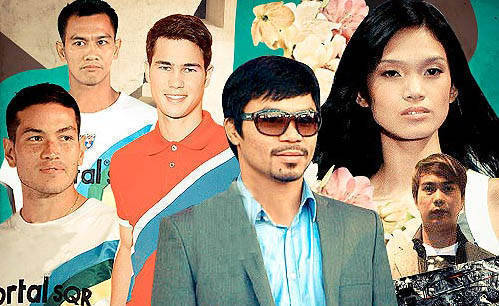 2011 may have been riddled with frustrating political controversies and mind-boggling face-palm moments, but there were still some things that made us feel flush with pride rather than embarrassment. SPOT.ph celebrates this year’s triumphs in the arts, filmmaking, sports, and more:

Our culinary prowess shone this year: the Pastry Alliance of the Philippines received five golds, two bronzes and a team silver at Hong Kong’s International Culinary Classic held in May 2011. The team competed against delegates from 12 countries. 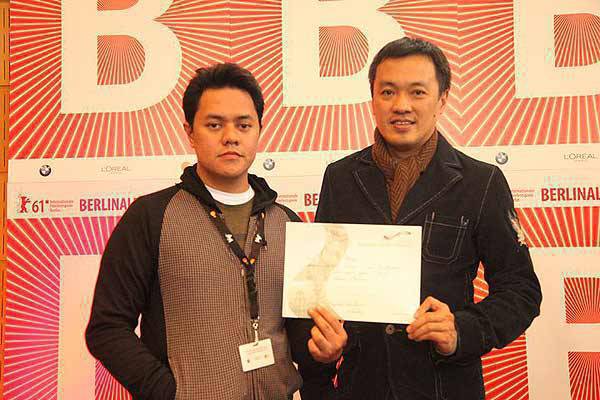 2011 was a good year for our talented filmmakers: Sheron Dayoc’s Halaw (Ways of the Sea) won the Network for the Promotion of Asian Cinema (NETPAC) Special Mention Award at the Berlin Film Festival in February and Auraeus Solito’s Busong premiered to a standing ovation at the Directors’ Fortnight in the prestigious Cannes International Film Festival in May.

Age is merely a number for nine-year-old Hamzah Marbella, who led other talented young artists in a Shanghai exhibit in April 2011. The exhibit featured 42 pieces by Marbella and 400 works of Chinese children.

Pinoy designer Alexis Monsanto’s collection debuted at the first 3D fashion show in Hollywood, California. The September fashion show was attended by blogger Perez Hilton, as well as stars from the new TV show, "Revenge," which will use some of Monsanto’s creations on the show. 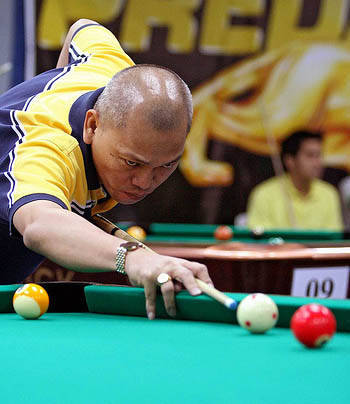 21. Pinoy athlete Antonio Lining is now No. 1 pool player in the world.

Antonio Lining was declared the No. 1 pool player in the world in April 2011. Although Lining was booted out of the World Ten Ball Championship in May 2011, other local bets advanced during the Ten Ball matches. 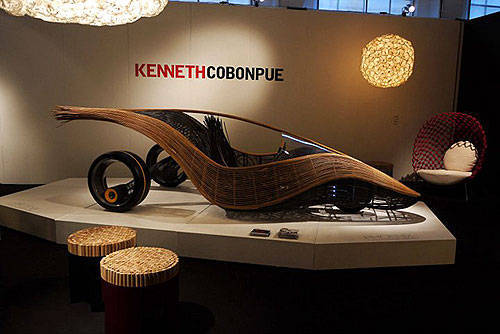 Kenneth Cobonpue’s bamboo and rattan car was showcased at the Salone Internazionale del Mobile during the Milan Design Week. According to a Manila Bulletin report, Conbonpue’s design was well-received and two leading car manufacturers expressed interest in collaborating with the Filipino furniture designer.

Shaun Samson bagged the Collection of the Year award plus Â€15,000 at the International Talent Support Prize (ITS) held in July in Trieste, Italy. The California-born, British-trained Pinoy designer was chosen from eight finalists by a panel of jurors comprised of Daily Telegraph fashion director Hilary Alexander and fashion mavens Viktor & Rolf, Antonio Berardi, Renzo Rosso, and Mandi Lennard.

Another designer made waves in the international scene: Robin Tomas’ award-winning shirt was launched at Bloomingdale’s New York in March. The piece won the Best Reinvention of the Men’s T-shirt award at the Supima Design Competition in New York in 2010.

God of Love won the award for Best Short Film (Live Action) at the Oscars in March 2011. Produced by former Eat Bulaga host Stefanie Walmsley along with Gigi Dement and Marketing and Distribution Producer Stephen Dypiangco, God of Love beat four other nominees.

Dr. Ryan Balili proves that Pinoys can be just as competent in the sciences. The head of the photonics research of the Mindanao State University-Iligan Institute of Technology, Balili was lauded for his work on semiconductor optics and was awarded the Gallieno Denardo Award along with US$1,000, a diploma and an invitation to a three-week stay in Trieste, Italy where he will be given a chance to conduct a seminar on his work. 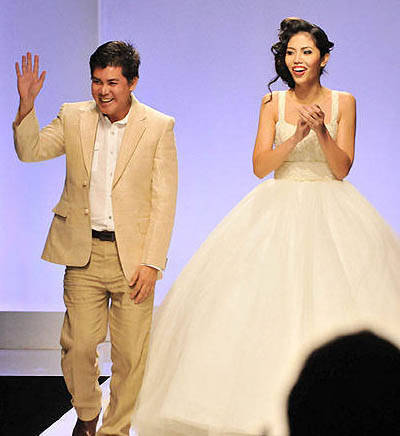 14. Nonito Donaire is named No. 1 Bantamweight and No. 3 Pound-for-Pound Boxer in the World by The Ring magazine.

Earlier this year, The Ring magazine ranked the "Filipino Flash" Nonito Donaire as their No. 1 bantamweight champ. According to The Ring Editor-in-Chief Nigel Collins, "The ’Filipino Flash’ is on a helluva roll, one that could conceivably see him climb even higher in future months."

13. Four Pinoys included in the Forbes Heroes of Philantrophy List

Filipino tycoons Jose "Joey" Concepcion, Jesus Tambunting, Lucio Tan, and Stephen Zuellig made the Forbes Heroes of Philanthropy, a list of citizens who "have a large vision of how best to help society." The annual list aims to "call attention to a mix of notable people and causes throughout the region and to encourage more giving." 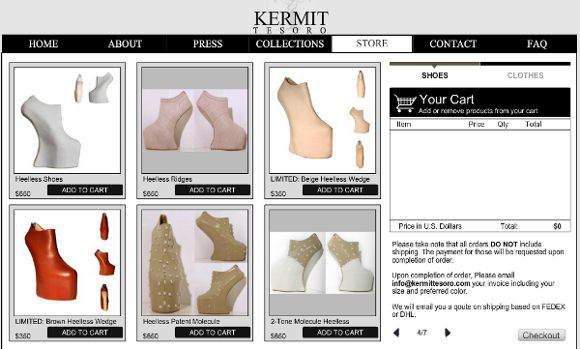 Kermit Tesoro’s heel-less shoes wowed the international fashion scene at London Fashion Week in September. The Pinoy designer, who has a degree in Visual Communications from the University of the Philippines-Diliman College of Fine Arts, also collaborated with avante-garde sculptor Leeroy New for the black rubber top and shorts worn by Lady Gaga on her latest album cover.

We plan to cross our fingers while watching the Oscars next year: Ang Babae sa Septic Tank was chosen to represent the Philippines in the Best Foreign Language Film category of the 84th Academy Awards to be held in February 2012. The Eugene Domingo-starrer is among the shortlisted films from 63 countries. Baby steps, yes. But commendable nonetheless.

Following the win of street educator Efren Peñaflorida in 2009, Filipino-American midwife Robin Lim was named the CNN Hero of the Year for 2011. Lim received an additional $250,000 grant for her non-profit organization, the Bumi Sehat Foundation.

Investigative journalist Sheila Coronel made us proud when she won Columbia University’s Presidential Teaching Award in May 2011. The award lauds Columbia’s best teachers and is a recognition of her contribution to the university. Coronel co-founded the Philippine Center for Investigative Journalism in 1989 and has written for The New York Times, the Guardian in London, The Manila Times and the Philippine Panorama.

8. Charice stars in episodes of Glee; makes it to Entertainment Weekly’s "11 to Watch in 2011"

2011 was a banner year for Charice Pempengco’s singing career. The young singer ranked ninth in Entertainment Weekly website’s "11 to Watch in 2011," appeared in episodes of Glee, and her rendition of "All by Myself" reportedly gave blogger Perez Hilton "goosebumps."

Miss Philippines Shamcey Supsup was named third runner up in this year’s Miss Universe pageant and ranked second in the viewers’ scoring poll for both the swimsuit and evening gown competitions. The 25-year-old architect braved the question-and-answer portion without an interpreter and the controversial answer even spawned an Oprah rumor.

Pinoy inventors Elma Arboleras and Rodel De Guzman developed the iBus concept which won a gold medal for the consumer category at the 11th British Invention Show. Arboleras reportedly turned down offers for its patent from foreign companies and wants the Philippines to use and benefit from the invention. 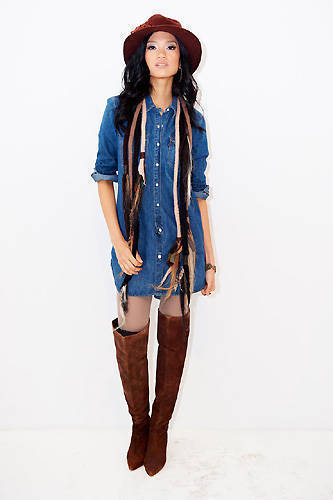 5. Danica Flores Magpantay, 17, wins Supermodel of the World 2011, is the first Filipina to win the title.

Seventeen-year-old Danica Flores Magpantay bested other models representing over 50 countries when she bagged the top spot in the Ford Supermodel of the World competition in January 2011 and it’s been a whirlwind for her since then: she was named one of the 10 models to watch in New York’s Fashion Week, was featured on Vogue.com and New York Daily News and walked for the Levi’s Fall/Winter Fashion Collection Preview in New York.

From underdogs to athlete superstars, the Azkals are credited for making football a more popular sport in the country. This year, they moved up eight places in the FIFA world rankings as of October 2011. The team is also 29th in the Asian Football Confederation (AFC) rankings.

His win over Manuel Marquez may have sparked controversy and heated debates but 2011 proved that Pacquiao definitely has star power: he scored his first global endorsement deal for HP’s TouchPad tablet estimated to be worth US$1 million per year. He was also named one of the world’s sexiest men by Salon.com.

Zero funding did not discourage our local paddlers: the Philippine Dragon Boat team bagged the top spot in the 500-meter Open Standard category in Taiwan International Dragon Boat championship in June and placed first in the 1,000-meter men’s event at the Dragon Boat World Championships in Tampa, Florida in August.

Proud-to-be-pinoy Moments Pinoywin Pinoy Achievements In 2011
Your Guide to Thriving in This Strange New World
Staying
In? What to watch, what to eat, and where to shop from home
OR
Heading
Out? What you need to know to stay safe when heading out