UPDATED: Use of Thailand photo in The Straits Times article about DOT's "It's more fun in the Philippines&q
Loading
Already a member? Log in
No account yet? Create Account
Spot.ph is your one-stop urban lifestyle guide to the best of Manila.

UPDATED: Use of Thailand photo in The Straits Times article about DOT’s "It’s more fun in the Philippines&q

GMA News Online reports that a group of Pinoy photographers-who are members of the Facebook group Bawal Mag-Shoot Dito (BMSD)-have pointed out a coyright faux pas committed by the Department of Tourism (DOT). 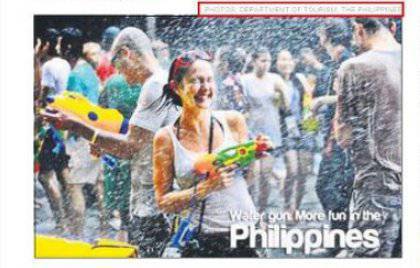 (UPDATE No. 3, 9:34 p.m., January 16, 2012, with updated segments in bold font) GMA News Online reports that a group of Pinoy photographers-who are members of the Facebook group Bawal Mag-Shoot Dito (BMSD)-have pointed out an alleged copyright faux pas committed by the Department of Tourism (DOT). However, it could be a simple case somebody making the wrong photo attribution in the article published on Singapore’s The Straits Times. The said article was referred to by GMA News Online as a "promo" piece for the DOT. That may not be the case. GMA News Online has since taken down the story entitled, "DOT promo photo not taken in PHL?" 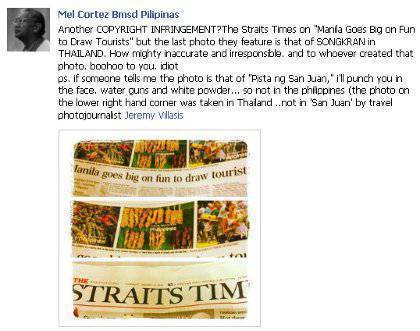 Click on this link to view a larger photo.

On Saturday, January 14, BMSD member Mel Cortez observed that in the promo article "Manila goes big on fun to draw tourists," which was published in Singapore’s The Straits Times, one of the photos used was actually not taken in the Philippines. In fact, Cortez disclosed that it was actually taken during Thailand’s Songkran festival. He also posted a photo showing that the article and the photo in question are featured in the newspaper’s January 12 issue. The image, which is captioned "Water gun. More fun in the Philippines," cites the DOT as its owner. In any case, if the article published in the The Straits Times is reportedly not authorized by the DOT or if the DOT had no knowledge of the said article, then, perhaps, the article’s writer made a mistake in assuming that the said "user-generated photo" belonged to the DOT.

Incidentally, as GMA News Online revealed, the photo in question "first appeared on the travel website 12345-TravelAdventure.com, particularly on its article about Bangkok's Songkran Festival, which is held every April." SPOT.ph tracked down the said article and took a screenshot of the photo in question. 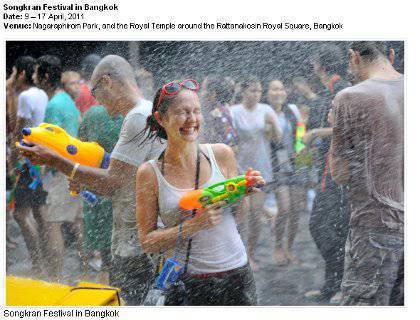 A screenshot of the photo posted on 12345-TravelAdventure.com along with the article about the Songkran festival in Bangkok.

SPOT.ph is waiting for the official statement from the DOT to shed some light on this confusion.

For more on this story, log on to GMA News Online.  (But, wait, they already took down their story and there’s no note explaining why it was taken down. We’ll just wait for the official statement from the DOT or any or its authorized representatives.)

Dot Tourismcampaign Departmentoftourism Songkran
Your Guide to Thriving in This Strange New World
Staying
In? What to watch, what to eat, and where to shop from home
OR
Heading
Out? What you need to know to stay safe when heading out