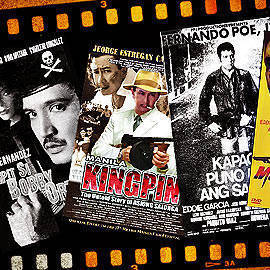 Brace yourself for a major macho verbal assault.

(SPOT.ph) There was a time when Pinoy action films made a killing at the box office and almost every male actor wanted to get in on the gig. These days, we’re asking, "Where have all the action film heroes gone?" Though there have been some attempts to revive the popularity of hardcore action films in the age of rom-coms, they haven’t quite caught on.

That being said, we’ve compiled some memorable lines from Pinoy actions films. Some have become ingrained in Pinoy pop culture, while others have acquired added value because they were uttered by actors who, in real life, are so different from the characters they play.

Stand back for these lines often uttered in the heat of the moment, in the middle of battle, or when the hero is made to flex his acting muscle. Trust the likes of Fernando Poe, Jr., Eddie Garcia, Robin Padilla, Rudy Fernandez, Bong Revilla, and others to deliver heated spiels that you may find handy when you’re in that rage-filled moment. 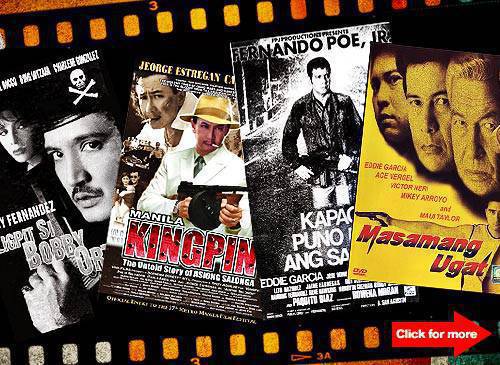 Art by Warren Espejo, with images from publicity stills and screenshots.

Action Films Pinoyactionfilms Fpj Bongrevilla
Your Guide to Thriving in This Strange New World
Staying
In? What to watch, what to eat, and where to shop from home
OR
Heading
Out? What you need to know to stay safe when heading out