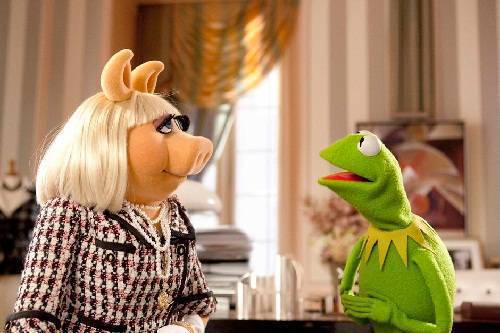 (SPOT.ph) The Muppets isn't as good as the muppet movies of decades past, it's the best muppet ever made. Funny, moving, entertaining, and enthralling, The Muppets is 100 minutes of celebrational, muppet-ational bliss.

The film begins in Smalltown, USA, where we are introduced to Walter (a new Muppet character), his human brother Gary (Jason Segel), and Gary's girlfriend Mary (Amy Adams). A lifelong fan of The Muppet Show, Walter is ecstatic when Gary invites him to Los Angeles for a vacation, where Gary plans to ask Mary to marry him. The Muppet fanatic that he is, all Walter wants to do in L.A. is visit the  Muppet Studios, where Kermit The Frog, Miss Piggy, Fozzie Bear and the rest of the gang used to tape their TV show. At the site, Walter is saddened to see the theater now crumbling and decaying, the Muppets all but forgotten. But when he overhears an evil oil baron's scheme to destroy the Muppet studio so he can drill for the oil underneath it, Walter asks Gary and Mary to help him reunite the Muppets and put on a show to raise $10 million to save the studio. Can they succeed, considering that the Muppets are now scattered to the four winds and that the evil oil baron Tex Richman (Chris Cooper) has the money and henchmen to foil Walter at every turn? 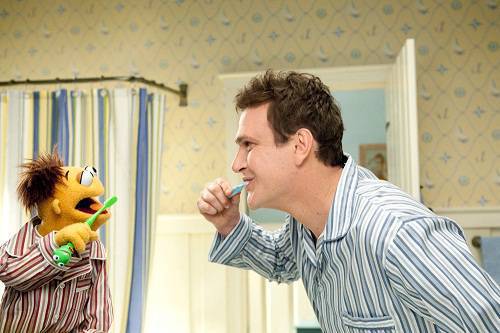 Here are five compelling reasons to watch The Muppets in the next few days:

These five great things about The Muppets earn the movie 5 out of 5 spots.

Movie Review Pauldaza Themuppets Muppets Jasonsegel Movie
Your Guide to Thriving in This Strange New World
Staying
In? What to watch, what to eat, and where to shop from home
OR
Heading
Out? What you need to know to stay safe when heading out