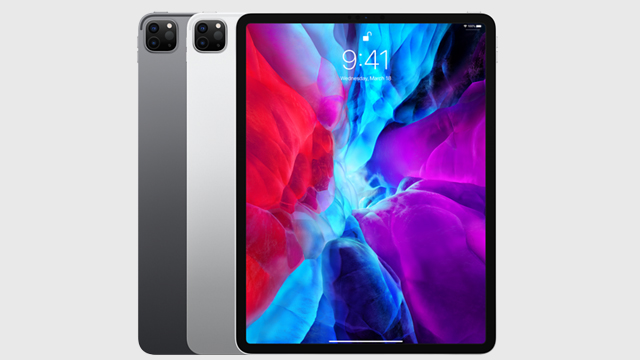 10 Things You Need to Know About Apple's New iPad Pro

Apple claims that the device is "faster than most PC laptops."

(SPOT.ph) On March 18, Apple unveiled the latest device in its iPad series, the iPad Pro (2020). Unlike the general, almost universal necessity associated with smartphones or laptops, tablets tend to cater to a more niche audience—one that requires the large screen and complex processes normally carried out on a computer married with the compact design offered by a mobile phone, though not necessarily in equal parts. With the iPad Pro, Apple has moved towards the former end of the spectrum, greatly bridging the gap between tablet and laptop. This resulted in a device that, while compact, is quite large for a standard tablet, and is built to function almost like a PC laptop. To give you a better idea of just how it does that, we round up the iPad Pro's most exciting features below.

Here are 10 things you need to know about Apple's new iPad Pro:

It's available in two sizes and two colors.

The device will come in 11-inch and 12.9-inch designs, so you can choose one that would best suit your lifestyle, preferences, and needs. Both sizes feature lightweight and ultra-slim (5.9mm) constructions as is characteristic of Apple's products. Each one is available in both Silver and Space Gray.

It has a vivid, high-quality display.

The new iPad Pro promises the best viewing experience possible. It features an edge-to-edge liquid retina display that boasts vivid colors, high levels of brightness, and true-to-life details. The screen also has an anti-reflective coating to prevent any pesky glares if you're using it in brightly lit places.

Apple claims that the device is "faster than most PC laptops."

The iPad Pro houses an all-new A12Z bionic chip, which promises the highest performance ever in an Apple iPad so far. The advanced hardware along with the built-in iPadOS 13.4 ensure smooth scrolling, a very reponsive touch screen, faster WiFi capability, and 60% faster LTE speed. Despite its compact size, the device is made to handle demanding tasks like editing 4K videos or designing 3D models. Apple even claims that the device is "faster than most PC laptops."

Its battery life is good enough to last you a regular day at work.

The iPad Pro promises up to 10 hours of use on a full charge—good enough for your regular nine to five! Plus, that makes the device great for continuously working (whether remotely or in your office) without the need to charge it immediately.

The iPad Pro's camera system looks very similar to that of the iPhone 11 series. It has a 12-megapixel wide camera to capture high-quality photos and 4K videos as well as a 10-megapixel ultra-wide camera that can zoom out up to two times to help you capture a much wider field of view.

The device contains five studio-quality mics for recording clean, sharp audio that can capture even the quietiest details. It also has a four-speaker audio system that promises an immersive listening experience. Plus, the speaker audio automatically adjusts to any orientation no matter how it is held, which means you won't get a muffled or distorted sound even if you're holding your iPad Pro at an unusual angle. The combination of the dynamic audio capabilities, vivid display, and high-quality camera make the device ideal for filmmakers and content creators.

It's the first ever iPad to have trackpad capabilities.

If you're loyal to the fuss-free trackpad- or mouse-driven interface of your laptop or PC, you'll be happy to know that with the new iPad Pro (along with other iPads capable of operating iPadOS 13.4), Apple developed a feature that allows you to operate your device with a trackpad while still maintaining its mainly touchscreen-driven design.

Unlike an iMac or Macbook's pointer-type cursors, the iPad's cursor appears as a circle that highlights user interface elements, text fields, and apps on the home screen and dock as you move it about the screen, giving users a clear indication of what they can click on. You can also perform multi-touch gestures on the trackpad (as you normally would on the touchscreen) that allow you to easily navigate the system and switch between apps without needing to lift your hand from the trackpad. Note that this feature requires you to connect your iPad to an Apple Magic Mouse or Magic Trackpad via Bluetooth.

Apple is set to release a Magic Keyboard that perfectly fits the capabilities of the iPad Pro.

The Magic Keyboard is set to come out in May. You can connect it to your iPad Pro via Bluetooth and it has both a built-in keyboard and trackpad. It attaches to your device magnetically and features a cool, floating design that works well whether situated on your lap or on your desk. Plus, it allows you to smoothly adjust the iPad to an angle that's ideal for comfortable viewing. Its keyboard and trackpad are both backlit, so you'll have no problem using it at night or in dimly lit areas.

The new iPad is a great device for those who work with augmented reality.

The iPad Pro is built with a breakthrough new technology called a LiDAR Scanner, which measures the device's distance to surrounding objects up to five meters and works both indoors and outdoors. This feature enables advanced augmented reality (AR) experiences on iPad Pro whether for gaming or working with landscape design. AR is an interactive technology that superimposes a computer-generated image on a user's view of their real-world environment, thus objects in the real world are enhanced by computer-generated graphics. The LiDAR Scanner also improves the Measure app, allowing for faster and more accurate measurements of real-life objects.

Local release date for the iPad Pro (2020) has yet to be announced.

Apple Ipad Ipad Pro Apple Ipad Pro Shopping Tech Gadgets Seasoned Savvy New Normal Shopping
Your Guide to Thriving in This Strange New World
Staying
In? What to watch, what to eat, and where to shop from home
OR
Heading
Out? What you need to know to stay safe when heading out