All the Cool Specs and Features of the New Huawei P40 Series
Loading
Already a member? Log in
No account yet? Create Account
Spot.ph is your one-stop urban lifestyle guide to the best of Manila. 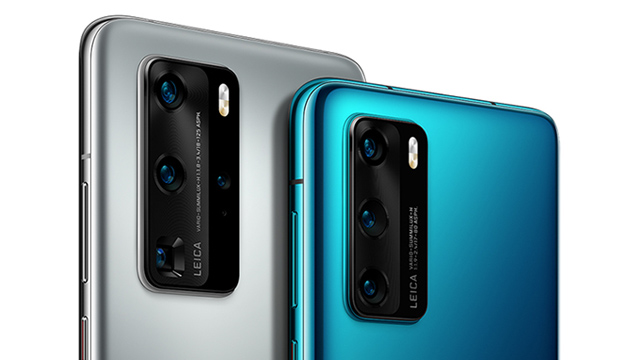 Here's Everything You Need to Know About Huawei's New P40 Series

One of the phones has five cameras!

(SPOT.ph) With the incredible technological advances made on smartphones these days, the bridge between phones and computers as well as the one between phones and cameras continuously becomes smaller and smaller—perhaps indicative of a future with one supergadget that can do it all. One such model making strides in the camera capabilities of the smartphone is Huawei's latest set of flagship phones, the P40 Series. Successors to the P30 and P30 Pro, the P40 Series was unveiled by the brand on Thursday, March 26 and its most notable feature is its advanced camera system. Smartphone users in search of models with highly developed photography features on their phones may look to this as their next big investment. We round up the P40 series' coolest features below.

Here's everything you need to know about Huawei's P40 flagship phone series:

Here's a rundown of each lens:

The main camera features an impressive 50 megapixels. It's built to take in a massive amount of light to allow for sharp details and clarity in all your photos even in low-light situations.

A telephoto lens is a specific type of a long-focus lens, meaning it's used to used to make distant objects appear magnified. The Huawei P40 Pro's 12-megapixel telephoto camera can zoom up to 50 times and clearly capture objects in great detail even if they're very far away.

The 40-megapixel ultra wide camera lets you capture wide-angled 4K videos on your phone even in lowlight. It has cool features like slow-motion capture and time-lapse as well as a sound zoom that increases the volume of a certain object if you zoom into it with your camera.

This camera has real-time depth detection and lets you take photos with pro-level bokeh effects, which allows you to tighten focus on the object while blurring the scenery in the background for more dynamic photos.

Up your selfie game with the P40's 32-megapixel front camera. It has an autofocus feature, bokeh effects, as well as light and skin tone optimization features to flatter your face even in low or harsh lighting.

The cameras use AI technology to improve the photos you take.

AI technology lets you take moving pictures so you can pick the best moment in each shot, down to the millisecond—perfect if you're photographing a moving scene or a group of people. It also has cool editing features that let you remove passersby in the background or awkward light reflections.

All models in the series have a dual-sim capability that lets you insert two sims into each phone, which means you can still receive calls and use your mobile data on one sim while taking a call on the other. The P40 Series also promises faster performance and longer battery life (with the P40 Pro boasting a 4200 mAh battery). The phones are also compatible with Huawei's Supercharge feature, which speeds up your phone's charging time while keeping it from overheating. Each model also has face and fingerprint scanner options for unlocking the phone, can be used as a wireless charger, and is water-resistant.

You can seamlessly connected the phone to your laptop.

Just as with previous Huawei phones, you can connect the P40 Series models to your laptop, but they now come with even more advanced connection capabilities. You can use your laptop to open files on your phone or take phone calls using the microphone, camera, and speakers on your laptop—perfect if you prefer sticking to just one device while working.

Huawei now has its own digital assistant.

The phones come equipped with a helpful digital voice called Celia. Celia can assist you in making calls, setting calendar events, replying to messages, playing music, checking the weather, and more. Celia can also see objects around you with cool features like identifying plants, translating menus, and checking the calories of food in front of you.

You can pre-order it now.

The Huawei P40 and P40 Pro are currently available for pre-order in the Philippines on Lazada and Shopee from March 27 to April 24.

Huawei Huawei P40 Series Huawei P40 Smartphones Shopping Gadgets Savvy Adventurer Seasoned
Your Guide to Thriving in This Strange New World
Staying
In? What to watch, what to eat, and where to shop from home
OR
Heading
Out? What you need to know to stay safe when heading out