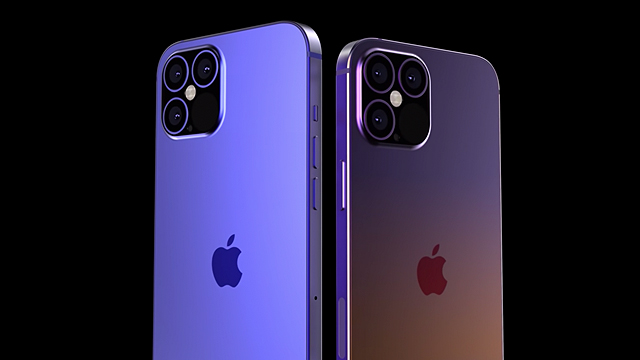 (SPOT.ph) In case you missed it, Apple finally revealed their budget-friendly iPhone on April 15, and most of the predictions that circulated online about the "cheap" iPhone came true! And today, not even a week after the reveal of the iPhone SE (2020), there are already rumors circulating about Apple's next big drop: the iPhone 12 series, specifically the iPhone 12 Pro Max model.

YouTube channel EverythingApplePro uploaded a comprehensive video based on leaks from tipster Max Weinbach, with Filip Koroy walking viewers through on what we can expect from the highly anticipated new iPhones. It looks like there's going to be a few exciting changes from the iPhone 11 series. However, according to the video, the iPhone 12 Pro Max leak is only 70% complete and that it gives an idea of how the body and frame will look. EverythingApplePro 3D-printed the CAD (computer-aided design) renders that leaked to get a better feel of the iPhone 12 Pro Max, and it looks like there's a lot to be excited about.

We know you're itching to see what the iPhone 12 series will most probably look like, so allow us to walk you through some things you can expect from the highly anticipated smartphone, according to the leak.

Here's what you can expect from the iPhone 12 Pro Max:

The last time we saw Apple come out with an iPhone with flat edges was in 2012 when they came out with the iPhone 5. According to the video, the iPhone 12 Pro Max's frame will be pretty similar with the new iPad Pro, featuring flat steel edges and an overall sleeker design.

Based on the leaked CAD render, the sim card tray would be transferred to the left side of the smartphone and what might replace it on the right side is seemingly a smaller version of the Smart Connector, similar to the iPad Pro's. Previously, there were rumors that there would be Apple Pencil for iPhones, though Koroy point outs that in the smartphone's current state, the power button would be intruding. So this might just mean that Apple might come out with other accessories that are compatible with the Smart Connector on the side of the iPhone 12 Pro Max.

According to Weinbach, Apple will be coming out with a Navy Blue model for the iPhone 12 Pro Max and it is most likely replacing the Midnight Green color.

Check out EverythingApplePro's video to know more about the iPhone 12 Pro Max:

Main image is a screenshot from the EverythingApplePro video.

Shopping Gadgets Iphone 12 Leak Iphone Rumors Tech Iphone 12 Pro Max Leaks Adventurer Savvy Seasoned
Your Guide to Thriving in This Strange New World
Staying
In? What to watch, what to eat, and where to shop from home
OR
Heading
Out? What you need to know to stay safe when heading out