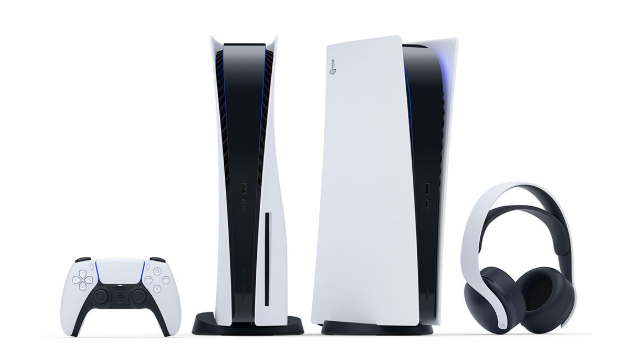 Sony Just Launched the PlayStation 5 and It Looks Hella Sleek

Here's what we know about it so far.

(SPOT.ph) Gamers, get ready: Sony just released photos of the brand-new PlayStation 5 and it’s sure to get your hearts racing.

The PS5 console was revealed at a “Future of Gaming” event held on Thursday, June 11, and the Japanese conglomerate called it their “most striking design yet.” The black-and-white tower features sleek curves and looks a little like a router, albeit one that’s from the future. While prices are yet to be released, the PS5 will reportedly come in a standard version and a Digital Edition, and it will have a AMD Zen 2 CPU and AMD’s RDNA 2-based GPU, 16GB of RAM, and an 825GB SSD. There will also be a separate HD camera accessory.

While no specific release date has been announced, the PS5 is expected to be in stores by the 2020 holiday season.

Check out some of the most exciting games that will be available for the PlayStation 5:

The classic game will be “expanded and enhanced” for the PS5. It is scheduled to be released in 2021.

Miles Morales will boast electric venom blasts in this game, which is scheduled to launch with the console over the holidays.

Everyone knows this game by now, and the latest version is already being called the most realistic iteration yet.

Called an interdimensional adventure, the game will allow players to do things like leap from one planet to another and ride dragons.

To be released in 2021, the latest version of this well-known game will have players exploring a remote village.

No release date has been announced for the PlayStation 5.

For more information, check out the Sony PlayStation website.