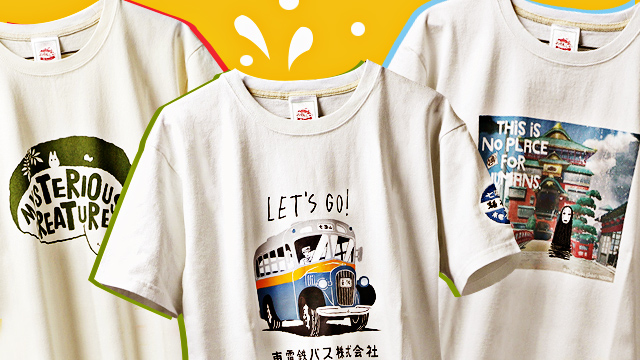 The official merch is perfect for anime-loving adults.

(SPOT.ph) When it comes to animated films, there's nothing as artful and soulful as Studio Ghibli's repertoire. The Japanese animation studio has been producing hard-to-forget works since 1985, so it's only proper that their new line of merchandise comes with a very vintage look. GBL, the studio's apparel brand for adults, dropped a new set of 22 stone-washed shirts based on nine of their classic films, including My Neighbor Totoro, on June 12 through their online store.

The 2020 summer collection boasts the theme "used feeling," according to the studio's Japanese-language website. "It has a soft feel and vintage feeling like old clothes," they added.

The 2020 GBL T-Shirt Collection is available on GBL's website. Each shirt is at 4,880 yen (roughly P2,200). GBL also plans to open a permanent store in Miyashita Park in Shibuya.

Studio Ghibli Japan Tokyo Hayao Miyazaki Savvy Seasoned
Your Guide to Thriving in This Strange New World
Staying
In? What to watch, what to eat, and where to shop from home
OR
Heading
Out? What you need to know to stay safe when heading out