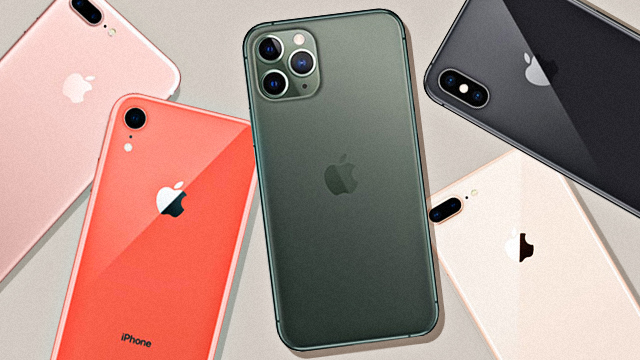 Then and Now: How Much the iPhone Costs, From 7 Plus Onwards

(SPOT.ph) Apple’s latest line of flagship smartphones, the iPhone 12 series, was officially unveiled to the world in October and you may have been thinking about getting one of the latest models. The series has exciting new specs but the phones don't come cheap. That being said, a more practical option (if you've been meaning to upgrade your mobile device anyway) would be to shop one of Apple’s previous iPhone models instead. After all, while the iPhone 12 has some pretty cool features to look forward to, previous iterations of the flagship phone boast similar specs that could satisfy your tech needs.

To help you decide which model would be worth the splurge, we list down the current prices of every single iPhone model—from the iPhone 7 Plus onwards—compared to their original prices upon release. Remember, even the most state-of-the-art gadgets depreciate over time, so keep that in mind before you spend an arm and a leg to buy the newest tech finds on the market.

Also read:
From the Very First iPhone to the iPhone 11: Here's a Look at All of the iPhones Apple Has Released

Here’s how much every Apple iPhone (from the iPhone 7 Plus to the iPhone 11) costs now, compared to when each model was originally released:

When it was first released in 2018, the iPhone XS and XS Max featured the biggest batteries as well as the largest displays on any iPhone at that point with 5.8-inch and 6.5-inch screens, respectively—and unlike the X, they’re both still available today. Prices start at P35,990 for the XS, which originally retailed for P67,990 while the XSMax is available for P42,990, down from its original P74,990 price tag.

The iPhone XR was launched along with the iPhone XS and iPhone XS Max—a middleground for the two aforementioned models in terms of both size (6.1-inch display) and price point (starting at P50,990 upon its release in 2018). These days, you can get it for as low as P32,990—even cheaper than the XS despite its original price point being higher.

The original iPhone SE was released in 2016 as a more budget-friendly alternative to the flagship model at the time, the iPhone 7. It featured similar hardware and software capabilities as the 7, but built into a model identical to that of the iPhone 5 series. The 2020 version of the iPhone SE served a similar purpose with a processor, camera, display and battery life similar to the iPhone 11, a construction modeled after the iPhone 8, and an affordable price point. With the model’s release being as recent as April (we know, it feels like a lifetime ago), the SE still retails for its original P27,490 price tag.