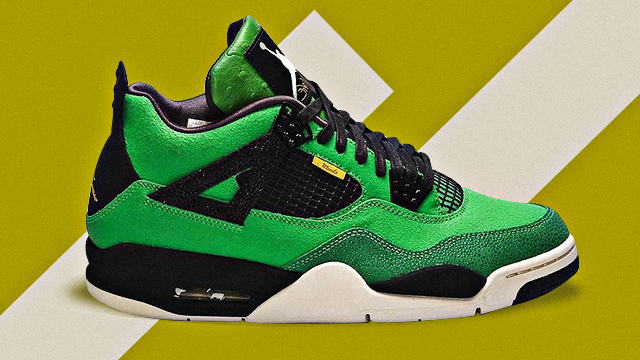 Real Talk: Would You Spend P432,000 for These Limited-Edition "Manila" Jordans?

It's an extremely limited edition cop with only 150 pairs made.

Sneakerheads were caught in a flurry with the announcement of the Air Jordan IV Retro "Manila."

Sneaker blogs from around the world, like Nice Kicks in the U.S. and Sneakerjagers in the Netherlands, had posts about it. With only 150 pairs made, this was an extremely limited edition cop, timed for the public opening of Jordan Manila on Thursday, December 3.

Now, with the first standalone Jordan Brand store in Southeast Asia officially open, the lucky few who scored a pair are out there wearing their new grails proudly—or, in not a few cases, putting them up for resale.

In StockX, the world's most popular sneaker auction house, the lowest ask for the AJ 4 'Manila' was already at U.S. $9,000, or around P432,400 on December 3, the day of opening. A U.S, size 8.5 is even being auctioned for a whopping U.S. $600,000 asking price. While you wrap your head around those prices for what is essentially a pair of shoes, comfort yourself with the knowledge that no actual purchases have been logged on StockX as of posting.

Local sneaker IG accounts are also offering pairs up for bid.  An account called Sole_lutionPH, for example, is offering a size 11 pair for P400,000.

Market8PH offered two pairs up for undisclosed amounts. Within three hours, both sizes were already snapped up.

This story originally appeared on SPIN.ph. Minor edits have been made by the Spot.ph editors.

Adventurer Savvy Seasoned Jordans Shoes Syndication Syn-00295 Sneakers
Your Guide to Thriving in This Strange New World
Staying
In? What to watch, what to eat, and where to shop from home
OR
Heading
Out? What you need to know to stay safe when heading out