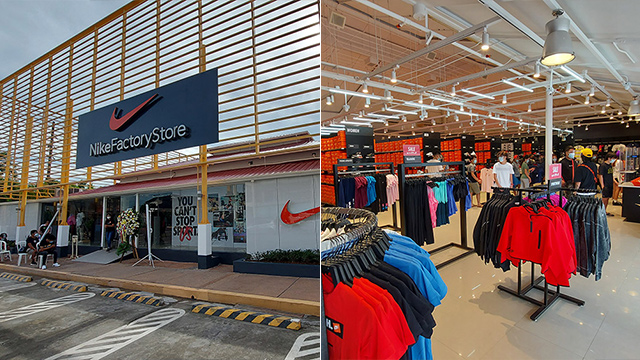 Don't miss their surprise drops, too!

Here's great news for sneakerheads who want to score some pairs without having to break the bank: Nike Factory Store has opened three more branches in Luzon in just a little over two weeks.

Just opened in December 18 is Nike Factory Store's Malolos branch. It is the store's second outpost in Bulacan, mere days after doors swung open at its San Jose del Monte branch. It spans a floor area is 549 square meters, packed full of Swoosh kicks and apparel on discount.

Check out photos of the new branch below:

South folks are also in for a treat. They captioned one Instagram post on December 19, saying, "One of the biggest NFS doors is about to get bigger. Double the size. Double the selection. Double the hype." It turned out to be a bigger Nike Factory Store at Paseo de Santa Rosa in Laguna, which opened on December 21.

The good news doesn't end with the branch updates. As a holiday treat, Nike Factory Store will be dropping surprise releases daily at their newly opened stores, so keep your eyes peeled on their social media accounts to know where and when to cop a specific pair.

Nike Factory Store has branches in SLEX Mamplasan, NLEX Pampanga, The Outlets at Pueblo Verde in Cebu, XentroMall in Antipolo, as well as Savano Park in San Jose del Monte and The Cabanas Mall in Malolos.

This story originally appeared on SPIN.ph. Minor edits have been made by the SPOT.ph editors.

Syn-00263 Syndication Heading Out Adventurer Savvy Seasoned Nike Nike Factory Store Bulacan Shopping Sneakers Store Opening
Your Guide to Thriving in This Strange New World
Staying
In? What to watch, what to eat, and where to shop from home
OR
Heading
Out? What you need to know to stay safe when heading out