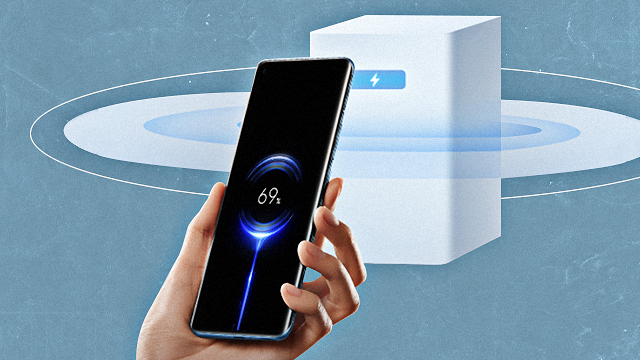 What Exactly Is Air Charging for Smartphones?

Xiaomi previews new charging tech that we might just see in the near future.

(SPOT.ph) Imagine this common scenario: You wake up for an important video call, but during the previous night, you forget to charge your phone. You scramble to find your charger. It takes a while but then, you can’t find the charging cable. When you finally find it, you’re late for your call. If only there were a way to immediately charge your phone without fussing with cables and chargers.

Wireless charging technology has been around for quite some time but you still need to use charging pads, docks, and stands. With a compatible phone, you need to place it on the pad for wireless charging. Currently, several models are available for Android and some iPhone models are wireless-charging compatible, but that might be changing sooner than you think.

Xiaomi has recently revealed their newest tech, Mi Air Charge Technology, and it looks pretty promising especially when you think about how devices are charged wirelessly. At the core of the Air Charge Technology is a main charging unit that’s about the size of a household air purifier. This charging pile has five-phase interference antennas that can detect the exact position of the smartphone. The unit then delivers charging waves to the unit via beamforming using an internal array of 144 antennas. Up to 5 watts of charging power can be delivered to the phone and other devices up to several meters away.

What is unique about the Air Charge device is that it pretty much makes current wireless charging pads obsolete, if not looking a little low tech in comparison. As exciting as Mi’s new charging technology is, the company has yet to make an announcement when the device will be commercially available. As of now, the product exists in the concept stage and Mi has not yet released information on which phones and devices will be compatible with the Air Charge unit.

Nowadays, the fastest Qi wireless charger can charge up to a maximum of 10 to 15 watts. These chargers can charge a typical smartphone from empty to 50% charge in about an hour. Theoretically, with the Air Charge charging at 5 watts, charging time will be at least double that time to charge to 50%.

In terms of cost, a 10W wireless charging pad such as the Anker Power Touch 10 costs around P2,500, and the Aukey LC-Q4 Wireless Fast Charger retails at P2,200. At any given time, only one device can charge on a single charging pad. Mi’s Air Charge can charge multiple devices at the same time, but the estimated retail price has not been announced.

Another caveat with Air Charge is that since it uses new technology, compatible phones that support it don’t exist yet. It may also not be compatible with existing wireless charging technology such as the Qi standard found in some phones. While most charging pads are somewhat portable and compact, the main unit of the Air Charge is pretty hefty in comparison. In some of the photos and videos online, it has a noticeable presence especially when placed in a central location in the house.

Hopefully, we'll hear more information from Xiaomi on the price and release date of the Air Charge as well as an update on hardware specs and phone compatibility. After all, who doesn't want to be able to truly charge their phones wirelessly? No more cable and missing-charger-out-of-the-box problems? Yes, please.

Adventurer Savvy Mi Seasoned Gadgets Staying In Heading Out Con-00263 Air Charging Explainer Tech
Your Guide to Thriving in This Strange New World
Staying
In? What to watch, what to eat, and where to shop from home
OR
Heading
Out? What you need to know to stay safe when heading out