Monitor Buying Guide: Specs, What to Buy, Best Place to Shop
Loading
Already a member? Log in
No account yet? Create Account
Spot.ph is your one-stop urban lifestyle guide to the best of Manila. 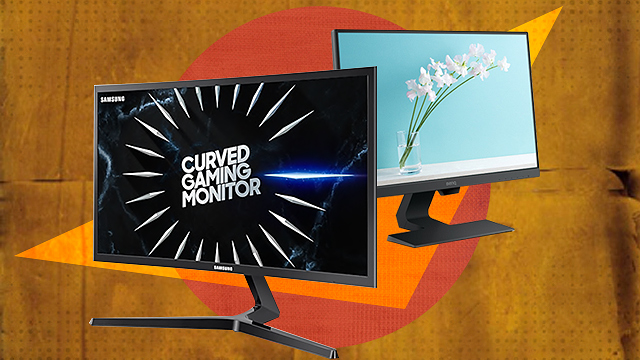 Why Your Computer Monitor Is More Important Than You Think

Breaking down the technical stuff before you replace your screen.

(SPOT.ph) It’s the first thing your eyes see after turning on your computer. Whether you’re playing a game, writing a document, entering data in a spreadsheet, logging in a video call, streaming your favorite show, or browsing the web, the monitor is an inseparable part of your computer. Even those using laptops have found that having an external monitor is a good way to optimize screen space.

Like flat-screen TVs, monitors have generally become more affordable while benefiting from advances in technology. The result is a win for consumers who have more buying options. The question, of course, since monitors have all sorts of technology packed in, what features are important when buying a monitor?

When it comes to tech, not everything is created equal. This is especially true with computer monitors. Thankfully, despite the unfamiliar terminologies, it’s pretty easy to navigate the ins and outs of monitor technology.

What types of panels are there for computer monitors?

Often included in the specs, there are three major LCD panel types. TN (Twisted Nematic) displays were the earliest types developed. TN displays were the first to market and thus, the most common. The biggest advantage that TN panels have is the low price and fast response times (more on that later). The major drawback of this display technology is color reproduction since they can look a bit washed out and limited viewing angles. In some TN monitors, colors can even change when viewed from a different angle.

IPS (In-Plane Switching) panels were created as an improvement over TN technology with better color reproduction and wider viewing angles. This means even if you view the screen from a different angle, the colors remain the same. IPS panels also have deeper black reproduction to avoid that washed-out look. Generally, IPS monitors cost more than their TN counterparts.

Sitting between TN and IPS are VA (Vertical Alignment) panels. Mostly used in TV screens, VA monitors offer the best contrast ratios. VA panels also have better color and black reproduction compared to TN monitors. What seems to be the Achilles heel of VA is a slower response time compared to TN and IPS.

For general productivity and office use, VA is the way to go. But for specific tasks requiring more color accuracy such as photo and video editing, IPS panels are highly recommended. Gamers can go with either VA or IPS screens.

What screen resolution do you need?

The baseline resolution for any monitor should be 1080p (1920x1080). Typically monitors with this resolution start from 21 inches and above. Also known as Full HD resolution, monitors that support 1080p are good all rounders for use in work, productivity, multimedia, and gaming.

Up from 1080p is support for 1440p (2560x1440) resolution especially with monitors that are 27-inches and above. Also known as QHD or QuadHD, 1440p is less demanding for most modern graphics cards and is also ideal for office work and gaming. The XPN-WFP2710 from Xitrix is a good pick for a QHD monitor.

For those with beefier machines, 4K or Ultra HD (3840x2160)  is a step up from 1080p resolution. Only computers with more powerful graphics cards can run 4K resolution. Apart from modern games which can run in UHD, streaming apps such as Netflix also support this resolution.

More expensive monitors can also support 5K and 8K resolution, but they might be considered overkill at the moment for most consumers.

Expressed in hertz (Hz), the refresh rate is a measurement of how often a screen can update its image. A 60Hz monitor means the image is updated 60 times a second. This is the minimum refresh that should be checked in a monitor. Currently, most monitors also support anywhere from 75Hz, 120Hz, 144Hz up to 240Hz. The higher the refresh rate, the higher the frame rates which can be seen in applications such as games as long as the video card can support it.

Response time is the time it takes for the monitor to display from one color to another. This number is especially important for high frame rate applications such as gaming. Typically, a response time of 5ms or lower is ideal so as not to experience screen ghosting.

Aspect ratio is the ratio of the width and height of the display. In the early days of LCD monitors the square 4:3 ratio was common but it has now been replaced with 16:9 which is suitable for movies and games. Other aspect ratios are available such as 16:10 and the ultrawide 21:9.

Viewing angle is important especially if the monitor is used with a movable or swivel mount. The larger the viewing angle, the less color shifting and distortion a monitor has. A viewing angle of 170 degrees and above is recommended.

Does it matter if your monitor is curved or flat?

Adventurer Savvy Seasoned Gadgets Staying In Con-00263 Tech Monitors Greener
Your Guide to Thriving in This Strange New World
Staying
In? What to watch, what to eat, and where to shop from home
OR
Heading
Out? What you need to know to stay safe when heading out