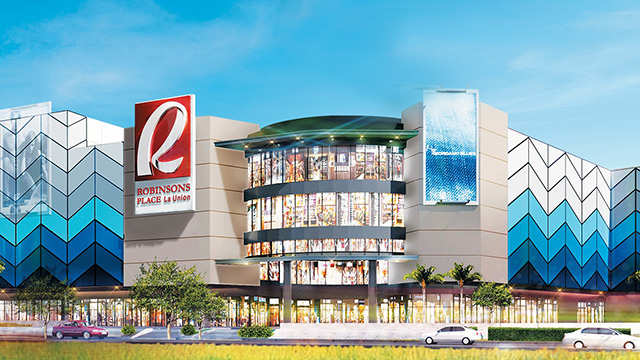 Here's what we know about it so far.

(SPOT.ph) It's no secret that Metro Manila is dominated by shopping malls—"they are the city itself," writes The Guardian's Colin Marshall in a 2014 article. The structures are so widespread that the capital has built a culture around them with "malling" being a common (if not default) form of leisure in these parts. With the the rise of new malls in the country continuously multiplying since the late 1990s, it's no surprise that their construction extends far past the capital region. Case in point: a new mall popping up north of the Metro in the Ilocos Region, namely Robinsons Place La Union, which is set to open on September 24.

The opening was first announced on August 27 with a post from the official Robinsons Place La Union Facebook page. Its parent brand, Robinsons Malls, also shared news about the upcoming mall with a Facebook post dated September 7, though the opening had been teased as early as July. Google Maps images showing the mall building under construction were posted in August.

Not much is known yet about the upcoming shopping center, though a video made YouTube channel Dulang Ti Ilokano and shared by the Robinsons Place La Union Facebook page shows the gargantuan structure situated along MacArthur Highway.

Those who frequent La Union province for out-of-town trips probably know it best for popular tourist destination Urbiztondo Beach in San Juan City, which is a favorite spot among local surfers. To give you a better idea of the soon-to-open mall's location, it's about eight kilometers away from Urbiztondo Beach.

Robinsons Malls Robinsons Place La Union La Union Savvy Adventurer Seasoned Shopping Heading Out Malls Store Opening
Your Guide to Thriving in This Strange New World
Staying
In? What to watch, what to eat, and where to shop from home
OR
Heading
Out? What you need to know to stay safe when heading out