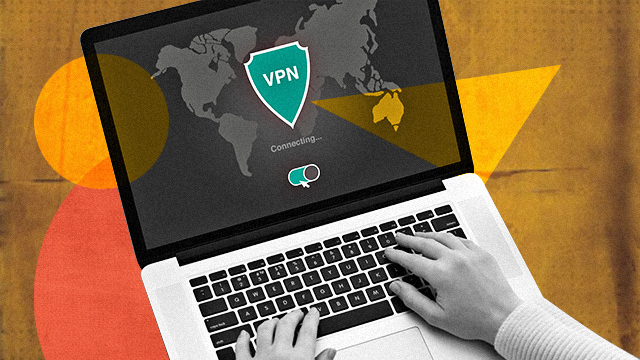 The Newbie's Guide to VPN

(SPOT.ph) Although not everyone is an IT whiz, there are a few things that we can do for a safer Internet experience. You may have heard about it but may have found the term unfamiliar or confusing. A VPN or Virtual Private Network lets your device connect to the internet using another network’s connection to the internet. When you are using a VPN, your data is encrypted as you connect to a private server and your online activities are kept private from other entities and websites that track your online activity.

VPNs became popular for business users because it allowed them to create a secure business network where files can be accessed from a remote location while adding another layer of security and preventing the network from being exposed to the public internet. VPNs are flexible enough and can be used in several network setups including home networks.

While understanding how VPNs work can become daunting on a technical level, it’s easy to grasp what it essentially does. Your browsing data and Internet traffic is routed to a secure private network. This is important because it acts as a barrier or filter when you access the ‘unsecure’ or open Internet.

To be clear, VPN does not replace your ISP. You still need connectivity from your provider while the VPN provides security and privacy. In fact, a VPN can even hide your browsing activity from your ISP and any entity that may benefit from looking at your anonymized data which can be sold to other parties as well.

Before getting into its benefits, there are some issues surrounding VPN. For one, having a VPN may reduce upload and download speeds while increasing latency, or the time it takes for data to travel from one point in the network to another point. VPNs also have an added cost. While there are several free VPNs to try out, their services may be limited and your data and browsing activity may not be as secure. And since they’re free, the VPN server may be crowded with other free users so it affects the overall speed.

How to Use a VPN

Under a regular connection, your IP address can be easily seen along with your ISP, home country, and even regional location. This means that you can be identified as coming from a particular location. When you use a VPN, you connect to a server which has its own IP. Usually this server is located in another region that’s different from your current location. Some VPNs can even allow you to choose from several servers located in different regions of the world.

Now this is the fun part. Because you’re using a VPN, some services which are region locked now become accessible. If you’ve encountered online content that’s off limits because that content is not available in your country, this now becomes accessible. Why? Because you’re now identified as someone coming from another location.

There’s a lot of streaming services that are locked because they're not available in the Philippines. With a VPN, you can now subscribe to these services as if you are from that region. This new world of geographically blocked content can now be accessed increasing your options for getting content from streaming services, news sites, and web services.

Apart from accessing streaming services from around the world, you may be able to access other content as well such as those locked because of censorship. As mentioned earlier, you are protected from online tracking because of your obfuscated location data.

You can use a VPN in several scenarios. You can use a VPN in your office or host a VPN from your house and create a VPN server. While there are other more advanced things you can do with a VPN, you can start with the basic service that helps you access streaming media outside your territory, protect your identity while preventing anyone snooping around your web activity.

There are also regular online reviews that keep track of which VPNs are the fastest for general use. Most VPN providers are based outside the country so pricing is always quoted in US dollars. You may also need a credit card to purchase a VPN service. Keep in mind that a VPN may also be used for other devices other than a desktop or laptop computer. You can also avail of a VPN service on mobile devices such as phones and tablets.

Before committing to a VPN, another issue is trustworthiness. Make sure that a VPN provider is legit and reputable. This is another important criteria. You can always check for reviews on legitimate tech websites as well as user reviews online. Examples of highly rated VPN providers include Nord VPN, Cyberghost, Private Internet Access, and Mullvad VPN. If you want a VPN with a Philippine server, you can try FlyVPN. For general users, Nord VPN is highly rated while Cyberghost has more advanced features. Mullvad is one of the most affordable VPNs offering a monthly fee of around U.S. $5.5 a month (roughly P254). It’s quite easy to use: After you get an account number and pay for the service, you can log in via an app for your desktop, laptop, and mobile device. Up to devices are supported per account.

Remember that for VPNs, the most important features are speed, server selection, streaming performance, encryption security, and a no-logging policy. You can check your VPN for these features either through their website or user reviews.