Apple iOS 15.4 May Allow Face ID to Work With Mask On
Loading
Already a member? Log in
No account yet? Create Account
Spot.ph is your one-stop urban lifestyle guide to the best of Manila. 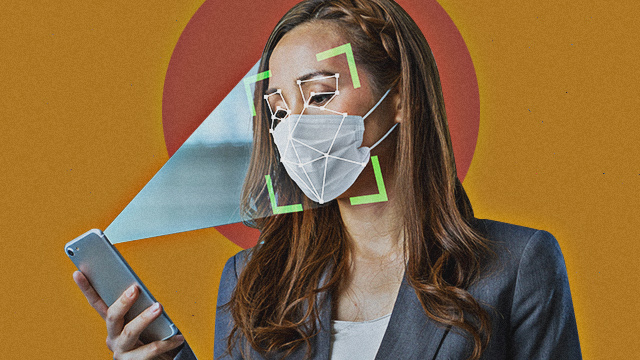 iPhone Users, You May Soon Be Able to Use Face ID While Wearing a Mask

You too, iPad users!

(SPOT.ph) Just days after the official release of iOS 15.3, Apple has begun rolling out the beta version of iOS 15.4 to developers, CNET reports. Many cool new features and updates expected from the upcoming iPhone software upgrade, one of the most notable being the ability to use Face ID even when you have a mask on.

Face ID—the successor to Touch ID—is a feature used by iPhone and iPad users to unlock their devices without having to enter a passcode. Hardware installed into the front of the phone scans the user’s facial features and if they match the ones saved into the phone's database, the device will automatically unlock. The Face ID feature is also used in place of typing passwords to log into social media accounts and banking apps, finalize App Store purchases, and access saved passwords.

Even now, nearly two years in to the pandemic, Face ID has been known to not recognize a user's facial features when said user has a protective mask on, likely because a majority of the face is covered. This forces iPhone and iPad users to either enter a passcode to unlock their phones or else risk removing their masks for a few seconds while in a public space. It's a small inconvenience, we know, but can be a hassle when encountered over and over—especially when it comes to accessing e-wallet or important online accounts. For now, we're crossing our fingers that the soon-to-arrive iOS 15.4 will get the upgrade right!

CNET also notes there will also be an option to "Add Glasses: when registering a Face ID to allow bespectacled people to use the unlocking feature even when they have glasses on. And yes, the feature will work for people who wear both a protective mask and glasses at the same time. However, it won't work for those who are wearing sunglasses.

Aside from the exciting new Face ID upgrade, the iOS 15.4 update will also come with 37 new emojis including  a melting face, biting lips, a disco ball, heart hands, a pregnant man, multi-racial handshake emojis, a Korean heart, and more.

Another feature to look forward to in the update is the ability to copy text from objects (such as printed documents) using your camera while in the Notes or Reminders apps. MacRumors also notes that iOS 15.4 for the iPad and the recently rolled out MacOS Monterey 12.3 will be able to work together to enable Universal Control. This feature is designed to allow you to use a single cursor and keyboard to control all iPads and Macs that are signed into your iCloud account.

iOS 15.4 is expected to arrive some time between March and June.