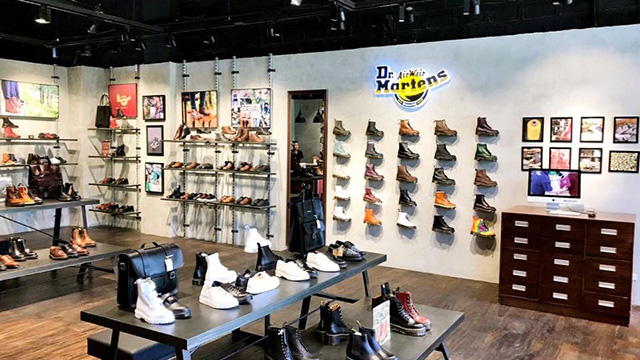 The Biggest Dr. Martens Store in Manila Is Closing Down This February

They're holding a Closing Sale until the last day of operations.

(SPOT.ph) Dr. Martens is best known for their world-famous lace-up boots, which gained a cult following after becoming a prominent part of youth culture in the U.K. during the 1970s. In the decades since, the style has been a favorite among those who like to rock the grungy aesthetic associated with the boots or incorporate utilitarian elements into their wardrobe. While "Docs" (as loyal fans refer to them), will always have a place in streetwear and fashion, we have some sad news for those in the Philippines who've long admired the world-famous combat boots: Dr. Martens is closing down their outpost at Two Parkade BGC—their flagship and largest branch in Metro Manila—on February 10.

Dr. Martens PH Is Closing Down Their Flagship Store

The closure was announced on Facebook by shoe store Traffic Footwear, who noted that the branch will be having a Closing Sale until its last day of operations. "Here's your last chance to shop from the largest Dr. Martens store in Manila,” reads the post.

Dr. Martens' famous combat boots can be traced all the way back to 1945 when German soldier and doctor Klaus Martens designed the shoe's air-cushioned sole to aid his recovery from a broken foot. By 1952, Martens had opened a factory in Munich with engineer and friend, Dr. Herbert Funk. British shoe manufacturer R. Griggs Group later bought the rights to manufacture the shoes in the United Kingdom, creating the 1460 boot we know today—the style gets its name from the date of its inception, April 4, 1960.

Following its popularity with the punk- and goth-obsessed youth culture of 1970s U.K., the boots became a beloved and widely recognized symbol of self expression and were later adopted by American musicians who incorporated the pair into their take on the hardcore aesthetic. Since then, Dr. Martens has remained a classic, forever associated with the subcultures that made it a household name. In 2020, the brand celebrated its 60th anniversary or as the brand puts it, celebrated "six decades have witnessed the brand’s adoption by a diverse range of groups, celebrities, musicians and free-thinking individuals—each adopting the boots and shoes to suit their own personal attitudes and identity."

UPDATE (February 4, 12:52 p.m.): In a mesage to SPOT.ph, a representative from Dr. Martens Philippines has confirmed that Traffic Footwear stores will continue to offer Dr. Martens shoes. The group that operates Traffic Footwear also handles Dr. Martens branches at BGC, Trinoma, and SM Mall of Asia—the latter two outposts will be "temporarily closed until further notice."