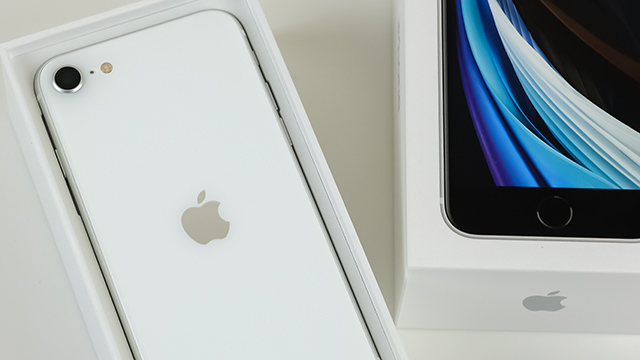 This Is Not a Drill: Apple May Be Releasing a Cheaper iPhone Next Month

Here's everything experts are predicting about the new iPhone SE.

(SPOT.ph) Just weeks after the release of the iPhone 13, tech insiders had already begun predicting the release of a new smartphone model from Apple. No, not the iPhone 14—rumors are already circulating about the next flagship iPhone, but that usually gets unveiled between September and October—but rather, the more budget-friendly version of the device most recently known as the iPhone SE.

The last iPhone SE was released in 2020 following the blueprint set by models like the iPhone 5c and the first-generation iPhone SE from 2016. While confirmed information on the upcoming SE is sparse—if not totally nonexistent as Apple is historically mum leading up to new releases—gadget leakers and industry experts are now claiming that the iPhone SE may be coming out this year. More specifically, a release date "on or near March 8" may be in store, Bloomberg reports. Here's everything tech insiders are saying about the upcoming smartphone.

What to Expect From the 2022 Version of the iPhone SE, According to Gadget Leakers

In a nutshell, Apple’s more low-cost iPhones tend to follow a similar pattern: they’re modeled after older versions of the flagship device and make use of less state-of-the-art hardware, but are also powered by an upgraded chipset to improve functionality. Likely, the 2022 version of the SE is following suit.

MacRumors notes that they "are not expecting any design changes for the next version of the iPhone SE." The 2020 iteration was modeled after the iPhone 8 with a rounded build, a single camera lens on the back, and a home button up front. The most recent SE is currently the newest iPhone on the market that doesn’t have an all-screen interface.

Tech analyst Ross Young, a big name in the display industry, was one of the first to leak the information about a new iPhone SE. Tweeting about the model in April of 2021, he claimed that the next iPhone SE 2022's LCD screen will "remain at 4.7 [inches]" just like its predecessor.

The back of the device may be made of glass, suggests MacRumors, but won’t include MagSafe technology, which allows wireless chargers to be attached magnetically. We may also be seeing the updated SE in similar color options as the 2020 version, namely Black, White, and (PRODUCT)RED.

Tech Radar reports the same general lack of hardware changes, but notes that this may be a positive thing. "The iPhone 8 chassis is just modern enough to still be desirable," they say. "The curved edges will be appealing to those that haven’t fallen in love with Apple’s more brutalist, industrial design since the iPhone 12."

Will the iPhone SE have an upgraded camera system?

One of the main drawbacks of Apple sticking to its iPhone 8-inspired SE design will be the lack of a dual or triple camera system, which has become the norm for flagship iPhones since the iPhone X's release in 2017. For the 2022 SE, "single lens looks likely to remain, but with a better sensor," says Tech Radar. For reference, the 2020 version of the low-cost iPhone had a 12-megapixel rear lens and a 7-megapixel front-facing cam.

However, though the previous iPhone SE had just a single lens on the back, the device was able to improve its older hardware with an upgraded chipset that worked to enhance the photos taken with the older lens model, Tech Radar observes. If the same improvements will be made to the 2022 SE, we may still be seeing a better-quality camera on the smartphone even as the hardware stays the same.

Will the new iPhone SE have 5G capability?

Unlike the previous SE (or even newer flagship models like the iPhone 11), the new iPhone SE may have 5G capability—likely one of the low-cost device’s biggest selling points. In fact, it could be the cheapest 5G iPhone on the market upon release, depending on its retail price. Currently, that title is held by the iPhone 12 Mini, which had a starting price of P43,990 upon release and now retails for P38,990.

What will the smartphone be called?

Many are referring to the upcoming iPhone SE as the iPhone SE 3 as it would be the third iteration of the device. However, following the statements he made in April of 2021, Young in October referred to the smartphone as the iPhone "SE Plus."

Despite the "plus" in its name, 4.7-inch display size prediction remains. Following Young's statements, MacRumors speculated on the meaning of the name, noting that while Apple has historically used "plus" to denote a larger screen size, the naming standard has since changed with larger models using the label "pro max" as seen in the iPhone 11, 12, and 13. "Apple may be planning to recycle the "plus" name," they said.

How much will the new iPhone SE cost?