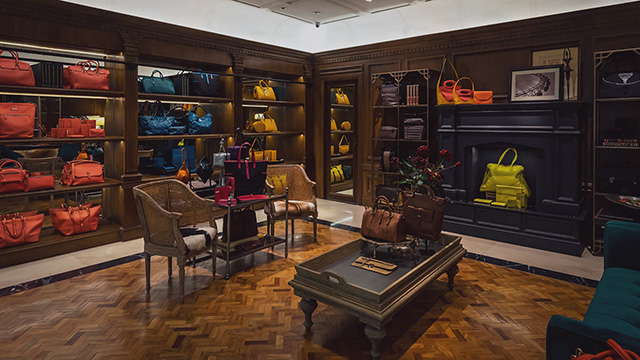 After 16 Years, Filipino Brand FINO Leatherware Has Closed Down Their SM Mall of Asia Store

But not for the reasons you might be thinking.

(SPOT.ph) In 2019, SPOT.ph—this writer in particular—visited Filipno leatherware brand FINO’s elegantly furnished outpost at Podium in Mandaluyong City. There, we met owner Rose Ann Bautista who told us the story of the homegrown brand and its humble beginnings. FINO, which is celebrating its 30th anniversary this 2022, began as a stall at a Christmas bazaar in the early '90s. The brand's evolution into a household name (and a favorite among leather enthusiasts of all ages) is closely linked to the evolution of the shopping scene in Metro Manila. Their serendipitous rise coincided with the rise of malls, just as they were about to become the landmarks of the capital. In other words, the longstanding institution came right on time to a city that was changing shape.

Now, FINO continues to grow and change as life in the city does. Most recently, they closed down their SM Mall of Asia branch, which opened in July 2006—not long after the mall itself first opened in May of that year. The store's last day of operations was on April 19. "Our cheerful and colorful FINO MOA branch has always been a source of positive vibes and good memories," reads an April 4 post from their official Facebook page announcing the closure. "This connection with you will continue long after we have closed our doors. No goodbyes, just see you around!"

Now, before you panic, know that this story isn't a tragedy. And when FINO says "see you around," they mean it—the brand isn't going anywhere. "It's not as if the store closed because we really sunk," says Bautista in an interview with SPOT.ph, dispelling immediately the conclusion some might come to in an era when decades-old stores seem to be shutting down left and right. The entrepreneur shares that the closure ultimately came as a result of structural changes within the mall complex, which has been known to undergo partial renovations over the years—the FINO store itself had been previously relocated from its original spot. In a once-again timely turn of events, FINO already had plans to tighten up operations before they were informed of the renovation by SM Mall of Asia and in fact, even before the pandemic. The brand previously also closed its Robinsons Place Manila outpost sometime in 2021.

So, all that in mind now begs the question: How is FINO, a store that has historically thrived in and because of the physical experience of shopping in-person, doing now amid a two-year-long, still ongoing pandemic?

How FINO Leatherware Is Staying Afloat Amid the Pandemic

"We're good in terms of keeping afloat," says Bautista confidently, noting that FINO's employees are intact and their loyal customers have happily returned as restrictions have loosened up. She does clarify, however, that the brand is "still in the recovery phase," following the events of the pandemic. For most, the easy answer to the challenges of the pandemic would be to move operations online—as most brands did in 2020 and 2021—but according to Bautista, FINO's priorities are a little different.

Though the brand has indeed strengthened its social media presence and even taken orders through online channels in the last two years, they're more focused right now on "internal fix-ups," be it their warehouse operations, accounting systems, or product stocks. While Bautista is aware that these changes may not be the kind that customers would notice outright, they're evidence of the brand owner's dedication to what she's built.

While she considered moving to e-commerce, she was also wary of "join[ing] the bandwagon" and "flooding the market with something that people don't need." In an era where the entire world's priorities and habits had to shift, FINO focused on being sensitive to the times—they opted to not oversell at a time when people were focusing on basic necessities and they understood that their customers had become more cautious about spending money. In the past two years, the brand has stuck to essentials that people might need be it protective masks, small wallets, or functional sling bags. "We were going with the pace of the pandemic," says Bautista.  At a time when the market feels oversaturated and the online space constantly demands overconsumption, FINO understands the value of sufficiency.

Though the closure of FINO's SM Mall of Asia branch may feel like a loss for some—and Bautista shares that many customers had indeed been loyal to the outpost in the Pasay City mall—Bautista remains cheerful about where the brand is headed.

While e-commerce is not necessarily off the table, the entrepreneur shares that if the brand were to launch online, she would want to launch it properly. And with the state of the country looking much better than it has since the pandemic first began, FINO is already hoping to launch a new collection by the end of the year. No plans are set in stone just yet, but if the brand's history thus far is any indication, Bautista certainly has a knack for timing.