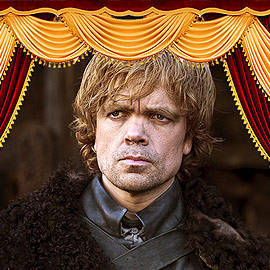 We list the plays, movies, and TV shows worth checking out this April. 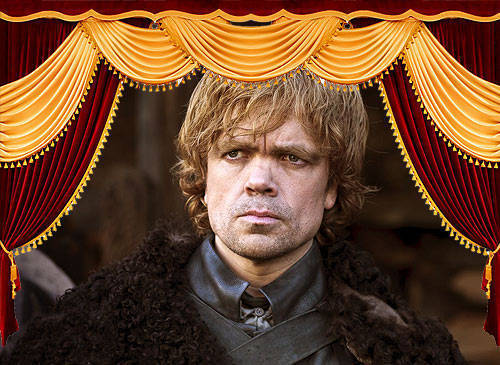 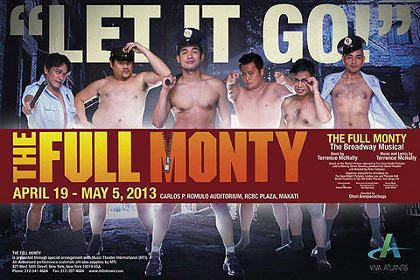 What it’s about: A group of recession-hit unemployed steelworkers in Buffalo, New York decide to become strippers in order to make some quick cash. It’s basically a tongue-in-cheek story of male bonding.

Why we’re excited: We loved the 1997 movie that the play is based on. It would be a blast to see Pinoy talents having a blast with this quirky-yet-empowering story.

When it’s showing: It starts on April 19 at the Carlos P. Romulo Auditorium of the RCBC Plaza in Makati.  For exact details on all the scheduled performances, check out the TicketWorld Manila website.

What it’s about: It’s a rom-com spawned by the team-up of GMA Films and Regal Films. It’s billed as an "office romance." The male lead is a happy-go-lucky guy who works as an executive assistant for a pretty lady boss who dresses like a corporate nun. (But her beauty still shines through her horrible outfits!) They eventually fall in love with each other. (The trailer pretty much tells you everything.)

Why we’re excited: We want to see Marian and Richard act like Sandra Bullock and Ryan Reynolds’ characters in The Proposal...with a Pinoy twist.

What it’s about: It’s 60 years after the Earth was invaded by aliens. Humans supposedly won the war. Unfortuntaley, the planet has become a wasteland. The story’s focus is on Commander Jack Harper, one of the last remaining drone repairmen stationed on what’s left of Earth. His mission is to extract vital resources from the ground. Due to the alien threat known as the Scavs, humans opted to move their civilizations thousands of feet above the ground. Things get complicated when Harper rescues a beautiful woman from a downed spacecraft.

Why we’re excited: Despite the extensive teasers and trailer, we still can’t decipher the mysterious forces that hunt down Harper and company. We simply have to find out.

When it’s showing: Starts on April 10 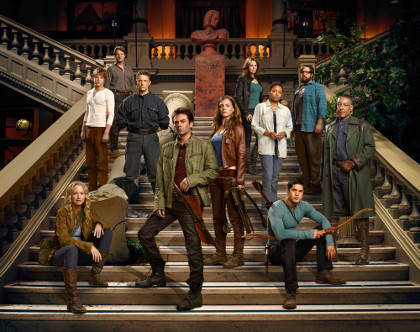 What it’s about: Set in a post-Apocalyptic U.S.A., the series tells the story of a woman named Charlie Matheson who’s on a mission to rescue her brother Danny from the militia leader who kidnapped him.

Why we’re excited: J.J. Abrams, who produced Mission: Impossible - Ghost Protocol, is the executive producer of this series.

When it’s showing: Every Monday, 8 p.m., on JackTV 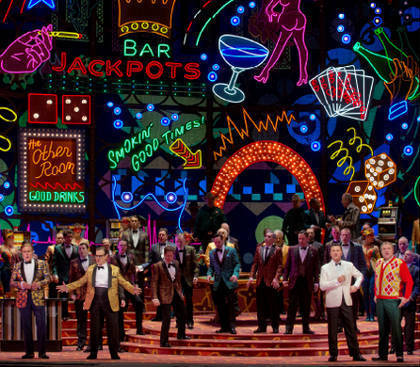 What it’s about: This bold new production trasports Giuseppe Verdi's opera to Las Vegas in 1960. Rigoletto was first performed in 1851.

When it’s showing: This film is set for two screenings on April 16 (2 p.m. and 7 p.m.) at the Cultural Center of the Philippines. For more details, check out the TicketWorld Manila website. 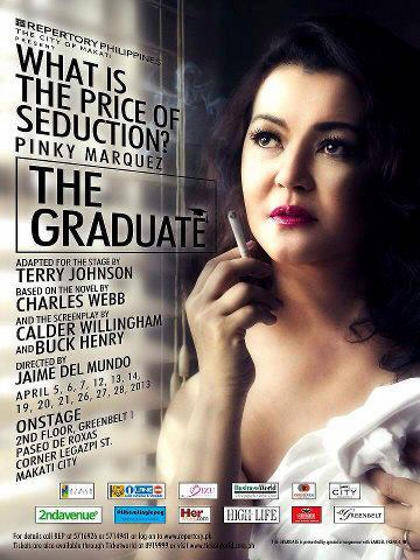 What it’s about: It’s based on the 1963 novel The Graduate by Charles Webb. It’s the story of Benjamin Braddock, a fresh graduate who is seduced by an older woman, Mrs. Robinson. Later on, he falls in love with her daughter Elaine.

Why we’re excited: The storyline alone is worth the price of admission. Mrs. Robinson is the mother of all cougars in pop culture.

When it’s showing: It runs from April 5 to 28. For more details, check out the TicketWorld Manila website. 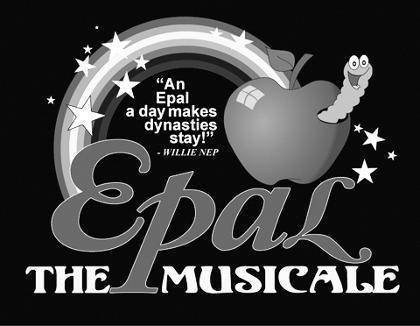 What it’s about: It’s political satire at its humorous best done mostly through stand-up comedy.

Why we’re excited: Unlike many of the politicians he impersonates, Willie Nep always delivers. It’s the perfect way to not go crazy from election fever.

When it’s showing: It’s set for April 12 and April 13 at the Music Museum. For exact details on all the scheduled performances, check out the TicketWorld Manila website. 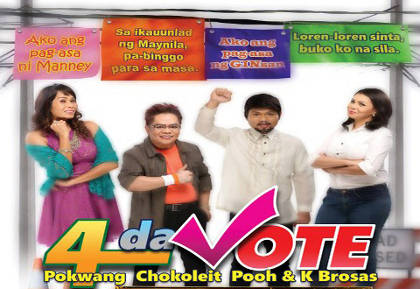 What it’s about: It’s another humorous swipe at Pinoy politics courtesy of some of the most popular comedians in the country.

Why we’re excited: We’re petty sure that the show will turn out better than the elections.

When it’s showing: It starts on April 19 at the Music Museum. For exact details on all the scheduled performances, check out the TicketWorld Manila website.

What it’s about: Tony Stark (a.k.a. Iron Man) faces a new nemesis, the Mandarin, as he tries to come to terms with life as a superhero.

Why we’re excited: It’s the third installment of the superhero franchise and we expect more of everything-from special effects to plot twists that we never see coming.

What it’s about: Blood, sex, and intrigue abound in the mythical land if Westeros as the land’s most powerful families fight for power.

Why we’re excited: For starters, we love Tyrion Lannister. We’re also dying to find out how Arya Stark becomes a certified warrior. (Yes, you have to be a Thronehead to appreciate this.)

Game Of Thrones Myladyboss Ironman3 Thegraduate Revolution Oblivion Thefullmonty Epalthemusicale 4davote Whattowatchthismonth
Your Guide to Thriving in This Strange New World
Staying
In? What to watch, what to eat, and where to shop from home
OR
Heading
Out? What you need to know to stay safe when heading out