Check out new and exquisite things at MaARTE 2014, watch the world’s most loved silent films, sing your heart out at a music festival, and more.

Check out SPOT.ph’s gig guide: 10 Gigs and Parties to Go to This Week: August 27 to September 2 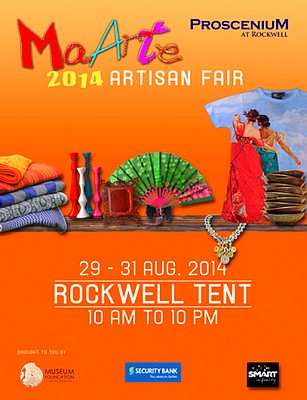 Now on its fifth year, the MaARTe Artisan Fair is an annual fundraising project of the Museum Foundation of the Philippines (MFPI). This year, it will be at the Rockwell Tent from August 29 to 31, 10 a.m to 10 p.m.

Proudly MaArte 2014 features carefully selected pieces exquisitely designed by Filipino artisans from all over the country. This yearly gathering of local artisans at the MaARTe Fair aims to support the creative industries, and has been a unique platform for the Museum Foundation as it continues to support the National Museum and its many activities. It has been promoting Philippine fabric for half a decade now and we’ve yet to hear reports about a patron going viral in a bad way.

To find out more, check out SPOT.ph’s 10 Things We Loved at the MaARTe 2014 Preview. 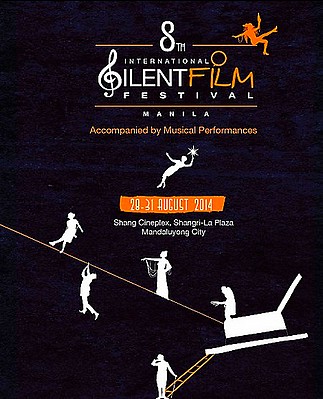 Don’t miss the 8th International Silent Film Festival, running from August 28 to 31 at the Shang Cineplex. Tickets are free of charge. 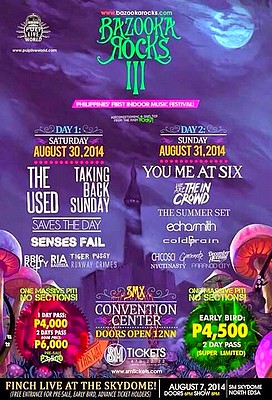 It’s the time of the year again for Bazooka Rocks, the only 12-hour indoor music festival in the country! Now on its third year, this two-day musical madness will be happening on August 30 and 31, 12 p.m., at the SMX Convention Center. Tickets are priced at P4,000 (one-day pass) and P6,000 (two-day pass).

Included in this year’s line-up are The Used, Taking Back Sunday, Saves the Day, Senses Fail, Brick City, Ria Bautista, Tiger Pussy, and Runaway Crimes on the first day. On the second day, expect smashing performances from You Me at Six, We Are The In Crowd, The Summer Set, Echosmith, Coldrain, Chicosci, Gracenote, December Avenue, NYCtinasty, and Paranoid City. 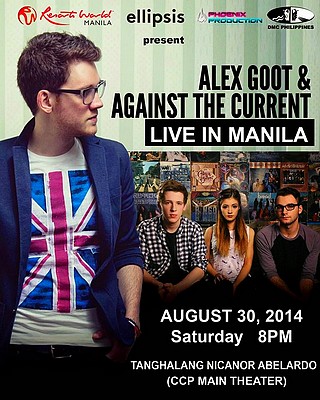 Get your tickets now to Alex Goot and Against the Current Live in Manila, happening on August 30, 8 p.m., at the CCP Main Theater.

Alex Goot has been producing videos since 2010 that now has over 1.8 million subscribers. Among the songs he has covered are One Direction’s Story Of My Life and Nickelback’s Photograph (with Against the Current), in addition to collaborations with other YouTube stars and his original songs, such as "Wake Up Call."

Against The Current is a pop-rock band also from New York, consisting of Chrissy Costanza, Dan Gow, Jeremy Rompala, Joe Simmons, and Will Ferri. The band joined YouTube in 2011, gaining fame through their collaboration with Alex Goot in their cover of Good Time by Owl City and Carly Rae Jepsen. 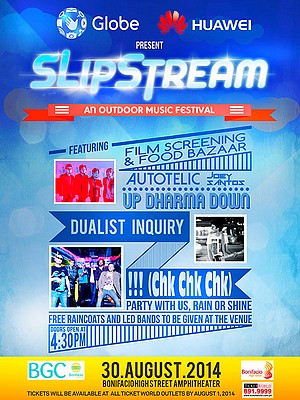 Spend the weekend at Slipsteam: An Outdoor Music Festival, happening on August 30, 4:30 p.m., at the Bonifacio High Street Amphitheater. Tickets are priced at P1,563.

Get ready to rock your hearts out and fill your ears with astounding music from several celebrated American and Filipino rock and dance-punk bands, such as Autotelic, Up Dharma Down, Dualist Inquiry, and !!! (Chk Chk Chk). The festival will also provide a film screening and food bazaar for everyone plus endless guitar riffs and body pounding. 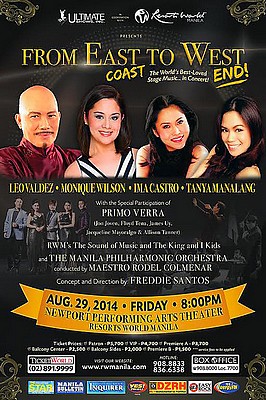 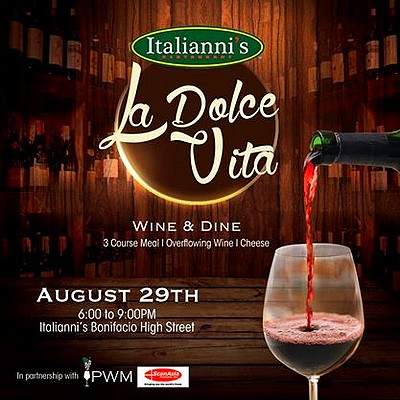 Experience an exclusive three-course meal at Italianni's Restaurant Bonifacio High Street on a Friday night. Come and celebrate the good life with La Dolce Vita Wine and Dine! Enjoy a three-course meal with overflowing wine and cheese this August 29, 6 p.m. Perfect way to cap off the week and welcome the weekend. 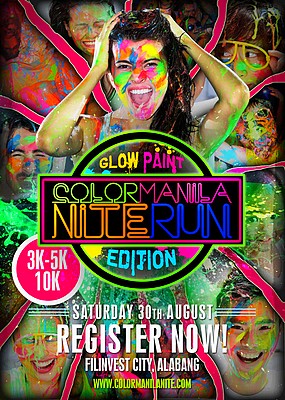 Glow in the dark at the Color Manila Nite Run: "Glow Paint" Edition, happening on August 30, 7 p.m., at The Filinvest City.

Color Manila Nite Run: Flow Paint Edition aims to bring about unique experience of running, infused with a led color-extravaganza lights, splashed neon-colored paint on the race course, and a color paint festival and party at the finish line. This event is the product of fusion of arts and sports.

Registration is priced at P850 for the 3K, 5K, and 10K distances. You may register online or at any SM Cinema counter. 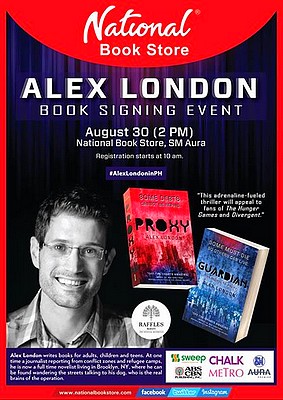 Alex London is the author of the young adult dystopian novels Proxy and Guardian. He writes books for adults, children, and teens. A one-time journalist reporting from conflict zones and refugee camps, he is now a full-time novelist living in Brooklyn, NY, where he can be found wandering the streets while talking to his dog. 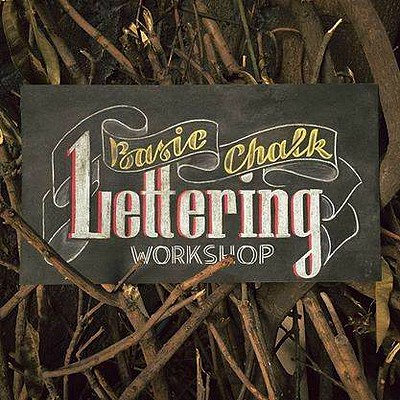 Sign up for a Basic Chalk Lettering Workshop with Craft MNL and Kay Aranzanso, happening on August 30, 2 p.m., at 88 Loyola. The workshop fee is P1,750. The class covers Materials and Materials Preparation, Different Techniques and Applications, and Embellishments and Finishing. Learn the different techniques in working with chalk, as well as design elements like flourishing and ornaments.

Kay Aranzanso is a designer and an illustrator on the side. The earliest memory she has of writing on chalkboards was back when she was in elementary being the class secretary, copying lessons for the teachers or listing down who's noisy. Only after college did she take hand-lettering to the next level, designing and executing for restaurants, weddings, and showrooms. Although her primary medium for typography is chalk, she also dabbles in different media. She is one fourth of Betamaks Studios, an artist collective. She is also an active member of Ang Ilustrador ng Kabataan since 2012.