Things To Do Night Life 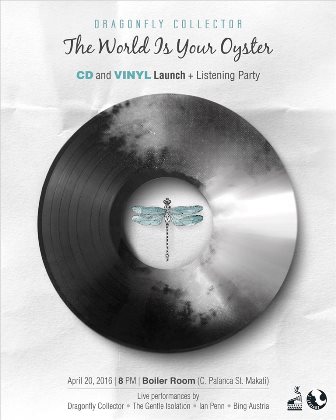 Why you should go: Be one of the first people to hear Dragonfly Collector’s new vinyl album, The World Is Your Oyster. Aside from the band who will play tracks from their new album, they will also be joined by Bing Austria, The Gentle Isolation, and Ian Penn. 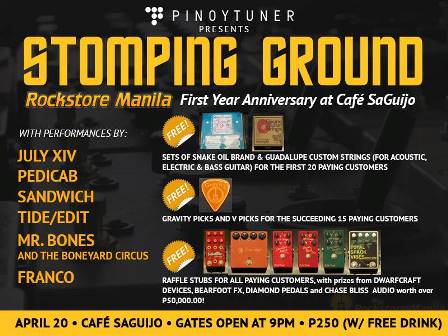 Why you should go: Rockstore Manila is celebrating their first birthday with performances by Sandwich, Franco, Pedicab, July XIV, tide/edit, and Mr. Bones and The Boneyard Circus. They will also be giving away free packs of Snake Oil Guitar Strings and Guadalupe Custom Strings (for electric, acoustic and bass) for the first 20 paying customers and free Gravity Guitar Picks and V-Picks Guitar Picks for the succeeding 15 paying customers. On top of all that, they will be raffling off prizes from Dwarfcraft Devices, BearFoot FX, Diamond Pedals, and Chase Bliss Audio worth over P50,000! 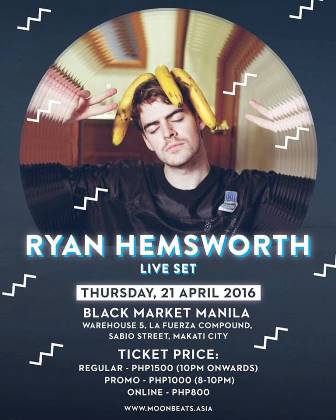 Why you should go: Ryan Hemsworth needs no introduction. Hailing from Canada, he gained a cult following from his unique remixes of Grimes, Frank Ocean, Cat Power, and many more. Catch Ryan blasting out tracks that will entertain, excite, and enthrall you on the dance floor when he plays in Manila on Thursday!

Other details: Gates open at 9 p.m. Tickets range from P800 to P1,500, available via the Moonbeats website. 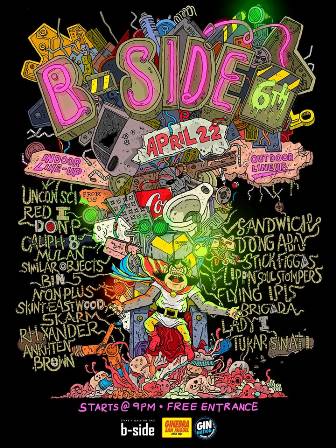 Why you should go: B-Side is turning six so expect a massive line up! There will be two stages, an indoor stage and an outdoor stage. Team indoors include Uncon Sci, Red-I, Don P, Caliph 8, Mulan, Similar Objects, and more. The outdoor rock stage will be graced by Sandwich, Dong Abay, Stick Figgas, Flippin Soul Stompers, Flying Ipis, and more.

Other details: Show starts at 9 p.m. No door charge!

Why you should go: Fresh Filter Live finally hits QC once again with an awesome lineup of local independent artists, including Chairman Mouse, Reese Lansangan, Nanay Mo, The Buildings, and Oh, Flamingo. 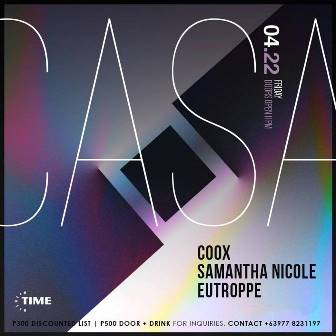 Why you should go: Gracing the decks for this edition of Casa are Coox, Samantha Nicole, and Eutroppe a.k.a. Arnaud Proutheau. Patch and other guest DJs will also be causing a riot On The Roof. 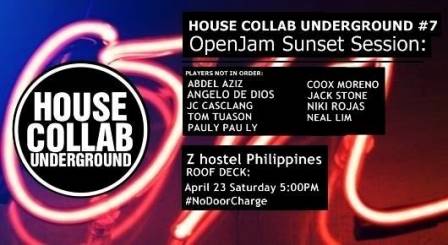 Why you should go: Nine hours of house music in different styles await at the Sunset Session. Guaranteed no commercial breaks from sunset till you drop, featuring Abdel Aziz, Angelo de Dios, Jc Casaclang, Tom Tuason, and more.

Other details: Party starts at 5 p.m. No door charge. 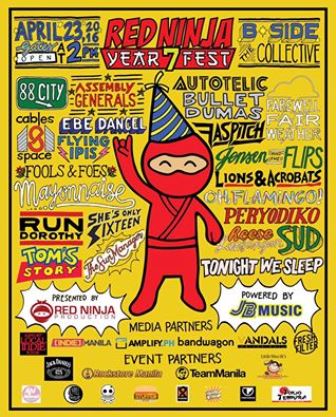 Why you should go: Red Ninja is turning seven and they're going to have a little music fest! They have a long and stellar lineup that includes Bullet Dumas, Ebe Dancel, Flying Ipis, Reese Lansangan, 88 City, Farewell Fair Weather, Lions & Acrobats, Peryodiko, Mayonnaise, Autotelic, and many more! 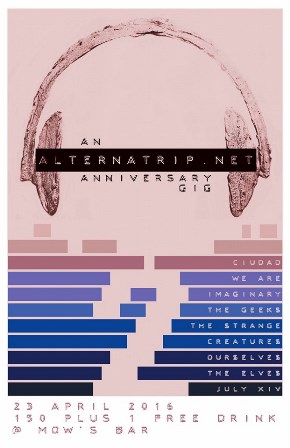 Why you should go: Alternatrip is turning two and to celebrate, they invited their friends to play! The night features performances from Ciudad, We Are Imaginary, Ourselves the Elves, The Strange Creatures, July XIV, and The Geeks Philippines.

Why you should go: Another chill Tuesday coming your way, featuring performances by Enrique De Dios of Kjwan, Eric Po of Read Between The Lions, Seña of She's Only Sixteen, and Jolly Estaris.

Manila Bars Manila Clubbing Manila Clubs Manila Night Life Manila Nightlife
Your Guide to Thriving in This Strange New World
Staying
In? What to watch, what to eat, and where to shop from home
OR
Heading
Out? What you need to know to stay safe when heading out