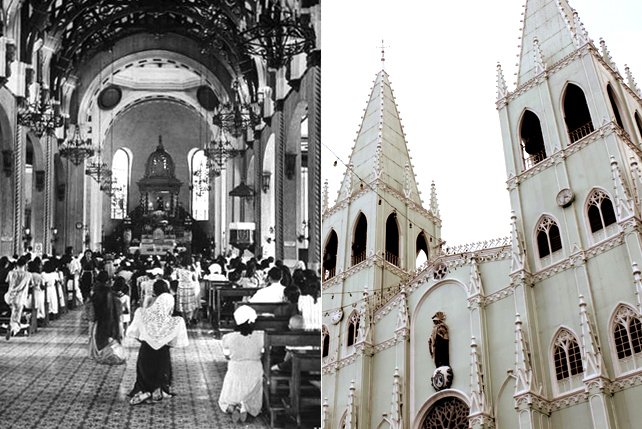 Check out churches that are as old and beautiful as the tradition itself. 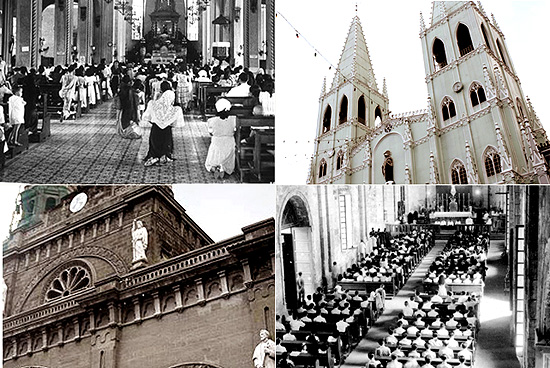 (SPOT.ph) The Philippines has plenty of beautiful, old churches-many of them remnants of 300 years of Spanish rule, still standing as monuments of time gone by. The next time you choose which ones to include on your must-see list for Visita Iglesia, make sure to check out these places of worship in Manila that are filled with history and worth a closer look. 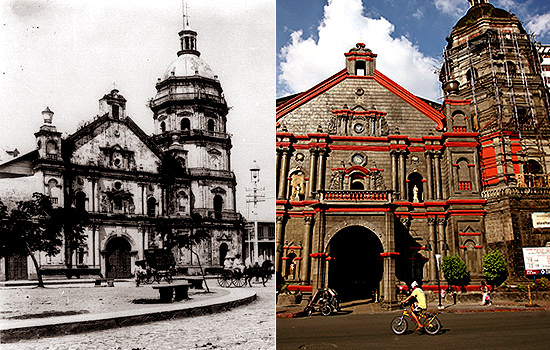 Built in the 16th century to help missionaries convert the nearby Chinese neighborhood, the Binondo Church was also where the first Filipino saint, Lorenzo Ruiz, served as a sacristan. 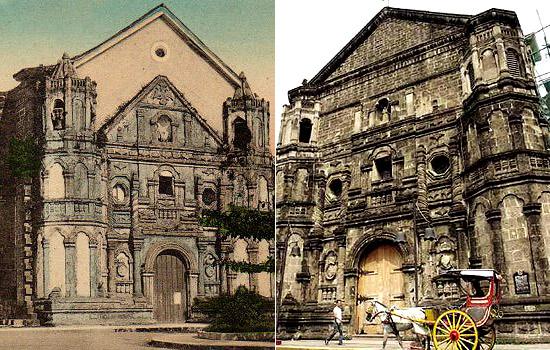 Although a convent and a church stood on the Malate Church's grounds as early as 1591, it had been reconstructed several times. In 1624, an image of the Virgin Mary as Our Lady of Remedies was brought from Spain to decorate the altar. 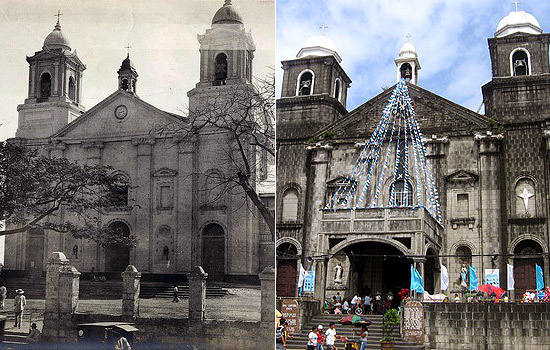 This church, established by the Agustinians, has had an image of Sto. Niño or the infant Jesus since 1572. The statue came all the way from Acapulco, Mexico and was a gift from a rich merchant to the Archbishop of Manila. 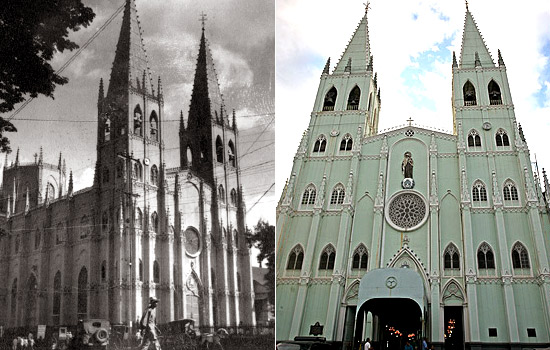 This steel church was the brainchild of architect Don Genaro Palacios and was completed in 1891. Parts of the church were flown in from Europe. Grave markers will welcome you at the entrance. 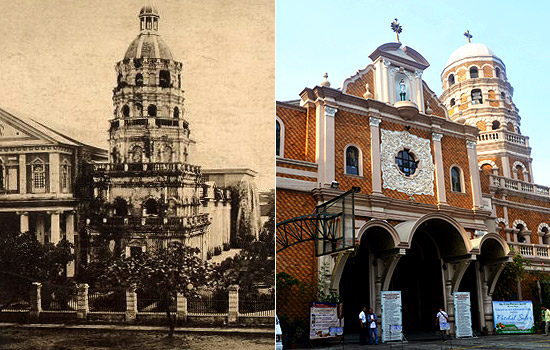 This Baroque-style church was built by the Jesuits in the 1600s. It was one of the structures which was unfortunately destroyed during the Battle of Manila. It was reconstructed in 1957, still in the Spanish Baroque style. 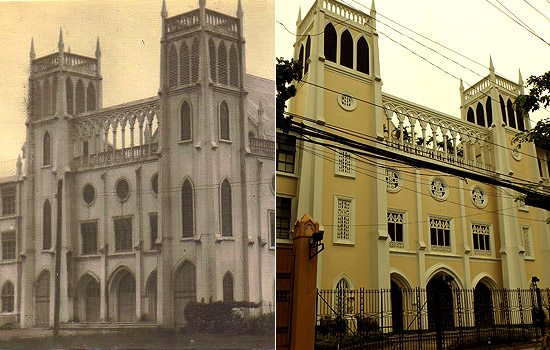 Abbey of Our Lady of Montserrat (San Beda Chapel)

A Benedictine monastery in Manila was founded in 1895 at the eve of the revolution. Their priorate, which was eventually made into an abbey, was erected in the 1920s. The decorations and paintings are the handiwork of Benedictine Father Lesmes Lopez and Brother Salvador Alberich. 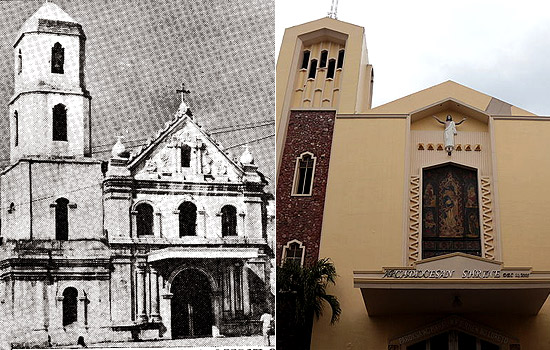 Archdiocesan Shrine of Our Lady of Loreto (Sampaloc Church)

The Franciscans built the church in 1613 and the image of Our Lady of Loreto was enshrined in the same year. It was destroyed during the Battle of Manila and a temporary church of wood and bamboo replaced the structure. On 1958, it was reconstructed and a bronze sculpture of Mary by Ed Castrillo was added. 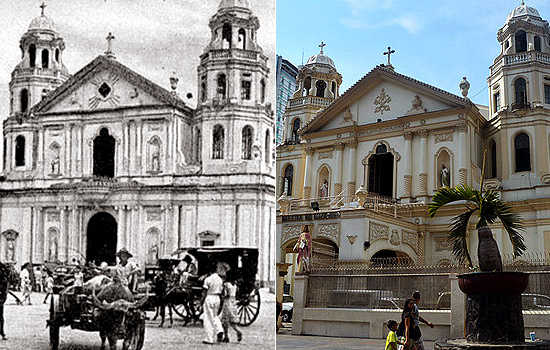 The original structure of the Quiapo Church in the 1500s was modest. It was made from bamboo and nipa palm. It had been reconstructed, destroyed and damaged several times, including an incident in 1928 where the ceiling and sacristy caught fire. It houses the shrine of the Black Nazarene which devotees believe to have miraculous powers. 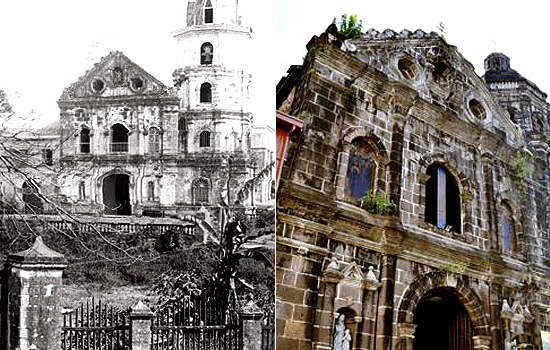 Parish of Our Lady of the Abandoned (Santa Ana Church)

The town of Santa Ana and its parish was established by Franciscan missionaries in 1578. It was originally made from nipa and bamboo but construction for a sturdier place of worship started in 1720. Around the same time, a Franciscan friar had a copy made of the image of Our Lady of the Abandoned, after seeing one on his trip to Valencia, Spain. When he returned, it was placed in the church. 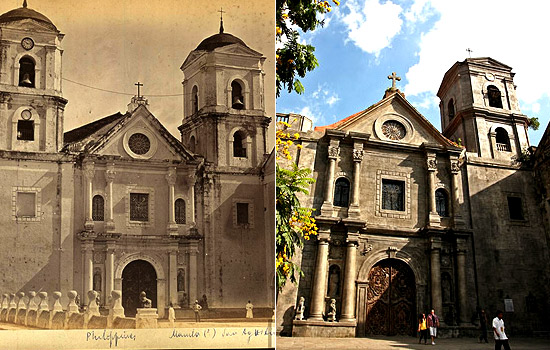 Built in the 1570s, it is hailed as one of the four churches in the Philippines declared a World Heritage Site by UNESCO. Its architecture was patterned after the Agustinian temples in Mexico. 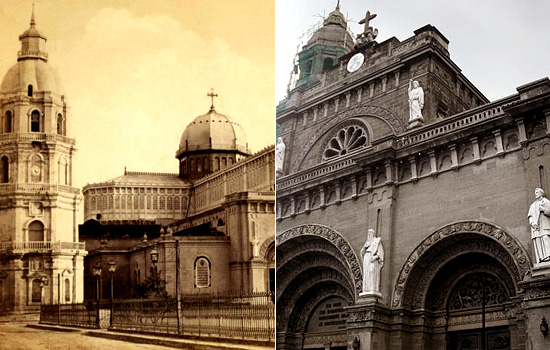 Established in 1571, it was originally known as the "Church of Manila." It had undergone several renovations, most recently in 2012. After two years, it was finally reopened to the public. Pope Paul VI celebrated mass in the cathedral in 1970 while Pope John Paul II included it in his itinerary during his apostolic visit. This year, Pope Francis celebrated mass within its walls when he visited the Philippines in January. 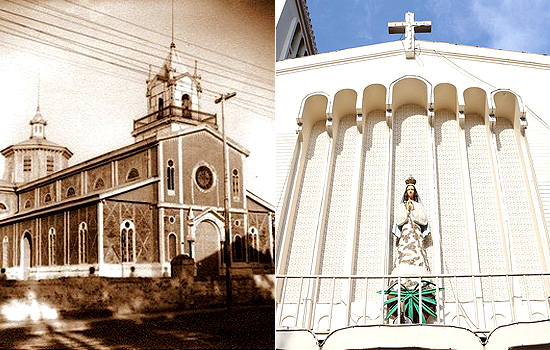 The church was originally just a shrine for the image of Our Lady of Guidance, the oldest Marian image in the Philipines. A chapel called "La Ermita" was eventually built in its place in the 1600s. It was also damaged during the Battle of Manila and was rebuilt in 1947. 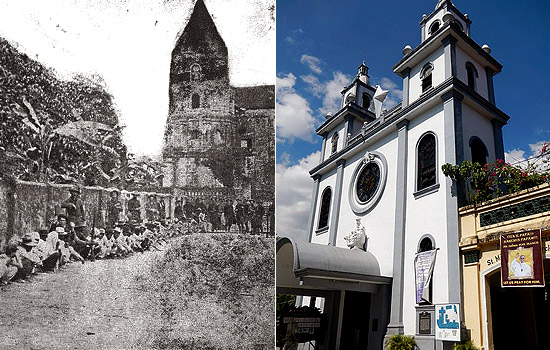 This church near Malacañang was ordered to be built in the 1630s by a governor-general, who believed that St. Michael saved him from death when he served in the military. The church also served as a refuge for Christians fleeing persecution in Japan during the Tokugawa Shogunate. 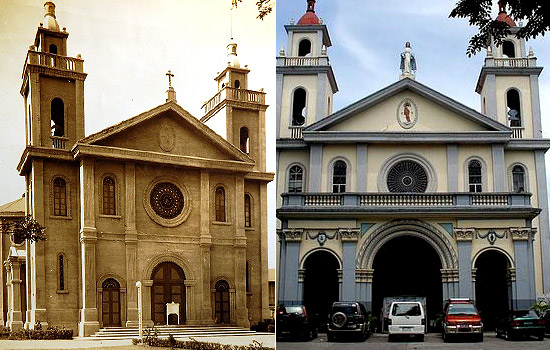 Formerly called the San Marcelino Church, it was built in 1912 on land bought by Vincentians around the year 1872. The American forces bombed the church during World War II and its dome, belfries, and roof were restored in 1946.