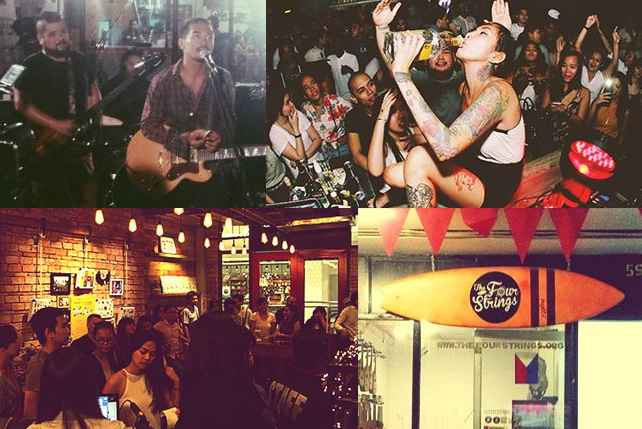 10 Hangouts for Musicians in Manila

Where they play, where they eat, and where you can "accidentally" bump into them 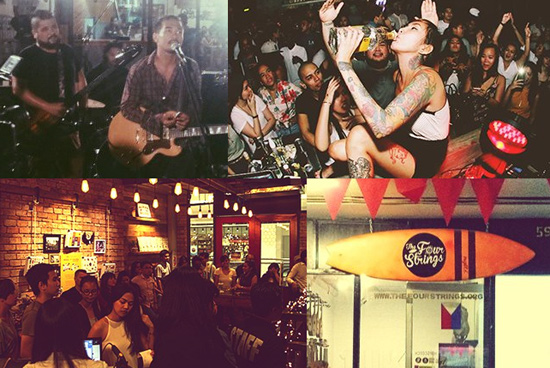 (SPOT.ph) Manila has a flourishing independent music scene that’s there if you seek it out. In this day and age, because of technology and the Internet, it’s easier for people to get heard and gather in certain places. At some point, you’re going to end up eating in a restaurant with someone you’ve heard on the radio at the table beside you. It’s a small scene and everyone’s a friend of a friend. Here’s a cheat sheet on where to go. 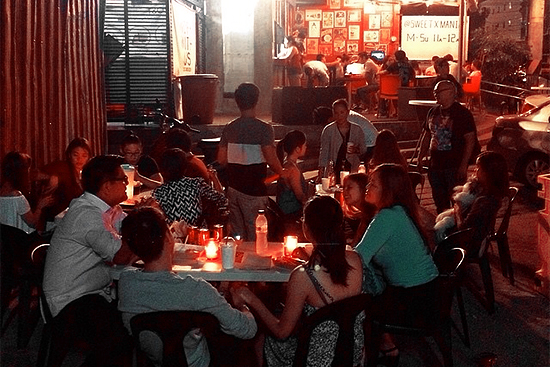 Perfect for: A pre-gig dinner

This is the place for great grub. Posters adorn the walls with lots of references to keep music and film buffs entertained. It’s also only roughly 10 minutes away by car from Saguijo, one of the main gig bars of Manila. Sandwich guitarist Diego Castillo co-owns this with Al Galang and Monica Tobias, and his bandmates and fellow musicians love hanging out here. Keep an ear out for all sorts of good tunes from the Rolling Stones to the latest Run the Jewels on the speakers. (Pro-tip: Check out their adult milkshake menu for something spiked.) 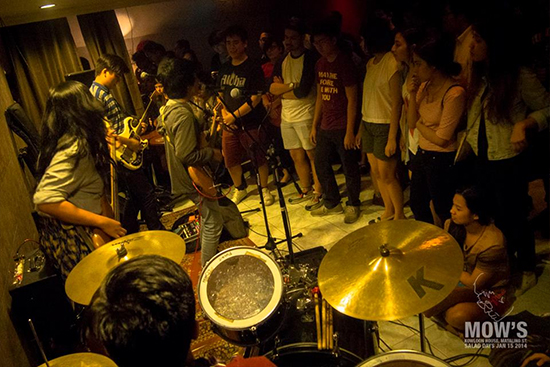 Perfect for: A solid inuman

One of the latest bars to open in Manila, Mow’s has lately been the venue for budding productions and artists alike. The funny people from Comedy Manila also go onstage to do stand-up shows. Its sentient Twitter page (@Mows_Bar) often boasts cheap P51 beer, making it a great hangout for people looking for an alternative drinking spot. You can also order Chinese food straight from the Kowloon House upstairs. 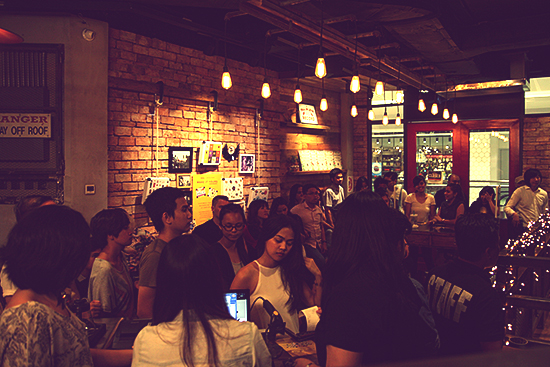 Satchmi may be in the heart of Megamall, but when you’re inside, it feels just like home. There are crates of vinyl records everywhere—from jazz to punk, there's something for everyone. After browsing, you can sit down and have specialty coffee crafted by experienced baristas, including electro-pop musician BP Valenzuela. 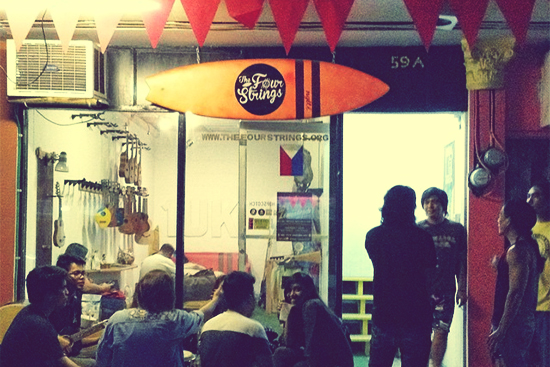 Perfect for: Keepin' it chill

The Four Strings in Cubao X is the home of Ukulele Manila, which makes the best ukuleles handcrafted by Filipinos. Among their ambassadors who have been seen with their ukuleles are Jazz Nicolas (Itchyworms), Reese Lansangan, and Aly Cabral (Ourselves the Elves). Every now and then, they hold open ukulele jams for both experts and beginners. You can also catch the friendly Ukulele Manila people at music festivals and surf competitions across the Philippines. 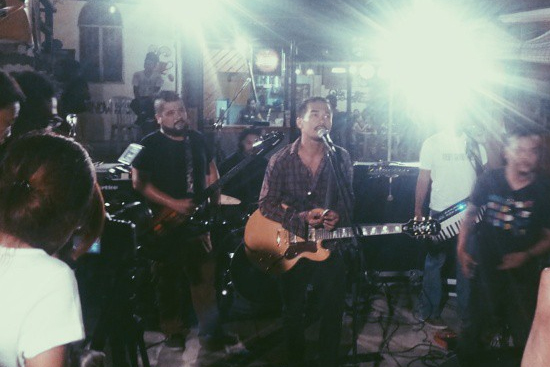 Perfect for: A variety of dining options and maybe even a surprise gig

Lately, this plaza of small restaurants has been getting a lot of buzz amongst foodies and nearby collegiates. A lot of musicians drop by too, as there are a lot of band studios in the area. Here, you’ll have a plenty of choices to make: Mexican or Lebanese? A bowl of steaming hot pho or bagnet sisig? Milkshake or a berry smoothie? It’s up to you. 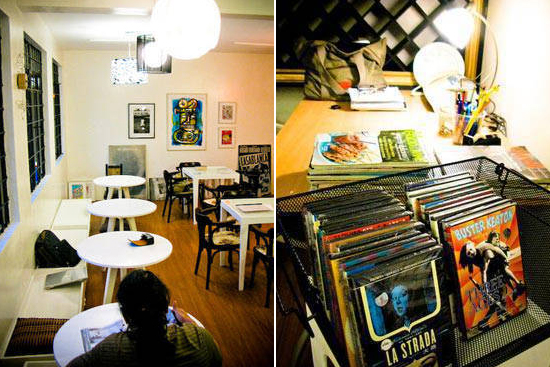 Perfect for: Conversations about art

Here’s a café that’s good for a date. It’s an art space with photos, paintings, and postcards all over the tables and walls—great conversation starters. On some nights, you might get to catch slam poetry, short film screenings, and acoustic performances. 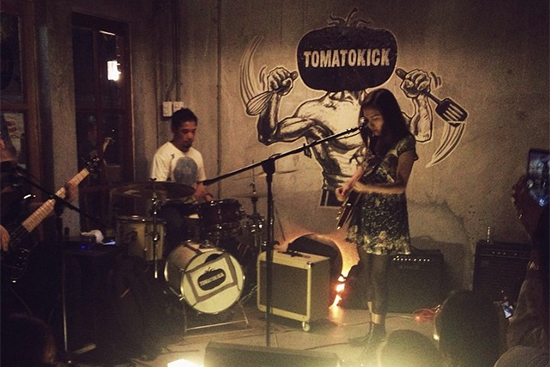 Perfect for: College and feeling-college kids on a night out

Tomato Kick Malingap is the new home for the go-to drinking spot that was once in Maginhawa, with way more space. It’s an old house converted into a default hangout for college kids. At any given point on a busy night, there are some tables with piles of gear owned by musicians who just ended a solid jam at the studio upstairs, Sound Kitchen. Meanwhile, TK3 in Morato is the place to go for great gigs. 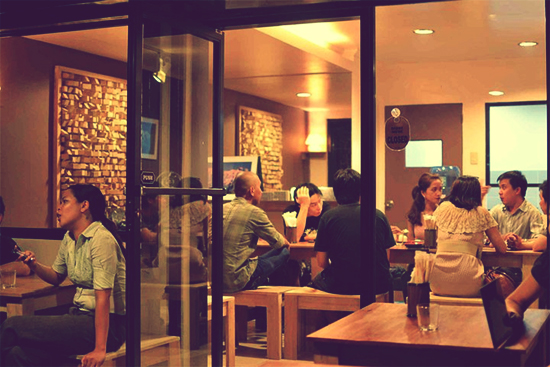 Perfect for: Satisfying a craving for Japanese food

Here’s another restaurant owned by a musician: Shinji Tanaka, the mastermind behind the Sound Creation Recording Studio, and the drummer of Squid 9. Aside from working with Pinoy rock’s biggest acts (from the Radioactive Sago Project to Yeng Constatino), he has a restaurant that makes a pretty mean katsudon. You know it’s legit because he’s Japanese. You can also buy a variety of local albums here. 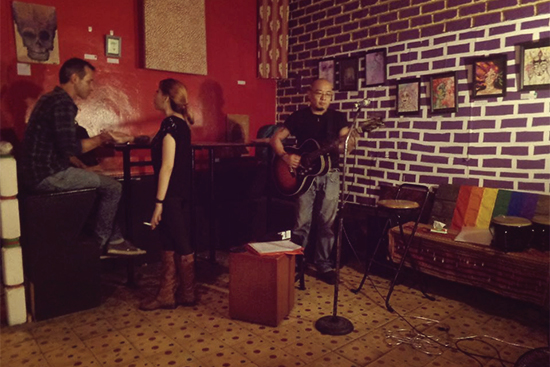 Perfect for: Feeling at home

Art and writings adorn the walls of the cozy Boho Sarapsody Bistro. There’s a little stage where local indie artists play intimate acoustic sets. On other nights, they screen movies or play video games. The beer is affordable, and so is the food. When you drop by, you might see a familiar artist play a stripped-down set. You might even discover a new favorite singer-songwriter. 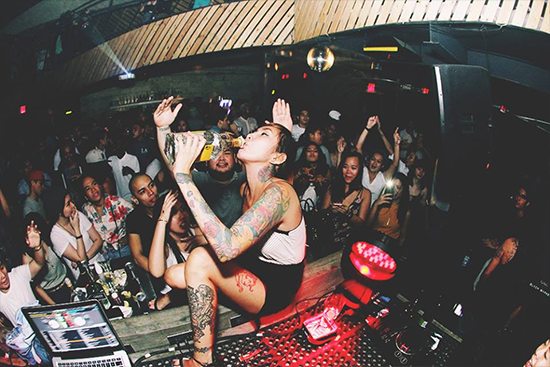 Black Market is one of the few clubs where Pinoy beatmakers can take over the dance floor. Here, over the course of one night, you could hear dub, glitch, trap, hip-hop, techno, and everything in between. Now and then, foreign artists drop by for DJ sets and post-show parties. If you’re tired of the typical EDM fanfare at other clubs, this might be the place for you.

Photos from the establishments' official Facebook pages and SPOT archives