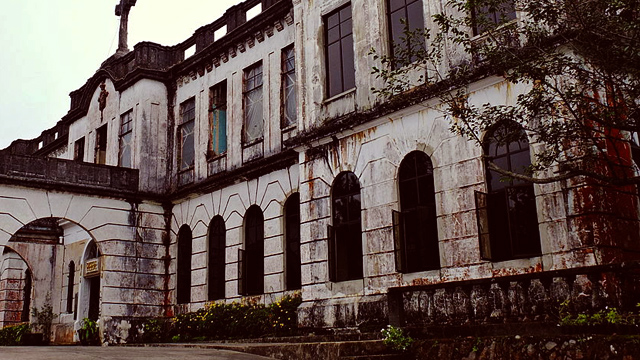 10 Haunted Places Around the Philippines 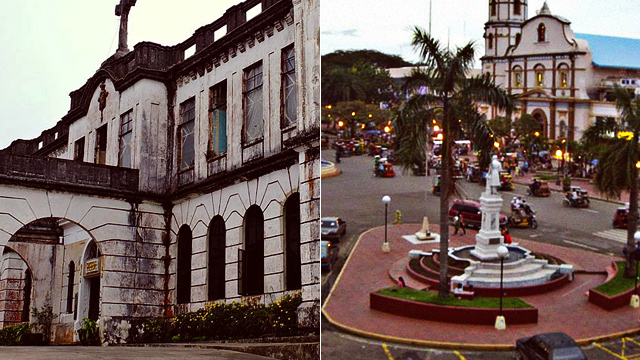 (SPOT.ph) It’s not a secret that the Philippines’ history is filled with bloody massacres, deaths of soldiers, and fatalities brought by earthquakes and strong typhoons. Add to that our country’s rich oral literature, especially of supernatural beings, and you have an interesting mix for actual ghost-hunting tours.

In case you’re in the mood to go ala-Ghostbusters this long weekend, here are places in the Philippines you can check out. Remember to wear your clothes inside-out right after so that the duwende or aswang won’t follow you home. 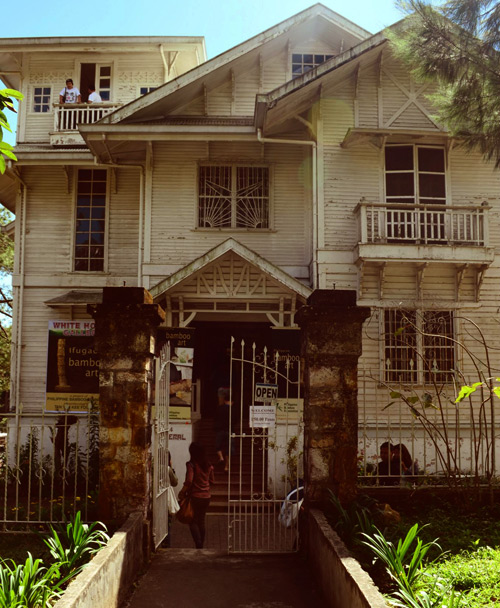 This all-white mansion is hard to miss when stuck on one of Baguio City’s congested roads leading to Wright Park, especially during the holidays. Owned by the Laperal Famiy, one of Baguio’s most venerable clans in the 1920s, the Laperal White House stands strong with its Victorian-style architecture and a collection of eerie ghost stories: a little girl peering through the attic window, a woman in white going in and out of the house in the evening, and noises from inside the rooms in the dead of the night. This doesn't come as a surprise since the house was transformed into a garrison by Japanese soldiers and allegedly became a place of death. The house was purchased by Lucio Tan in 2007 and sometimes hosts bamboo art exhibits by the Asin Bamboo Carvers Guild. 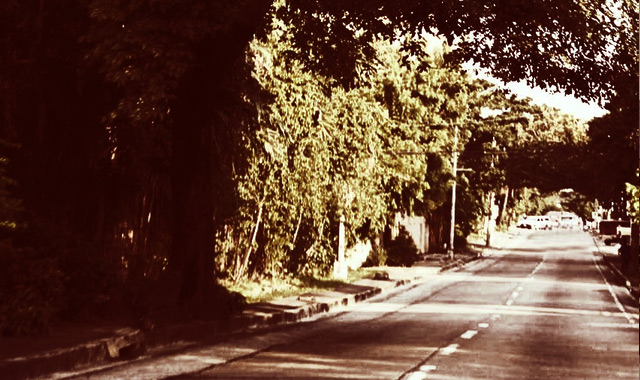 Because of their size and dangling vines, balete trees are believed to be dwelling places of kapre and tikbalang. This rings true for the Balete Drive in New Manila which used to have a gargantuan balete tree in the middle of the street aside from a number of others lining the entire road. It doesn't help that most of the houses in the area are surrounded by high concrete walls, completing that dark and deserted feel. An urban legend that has been around since the 1950s tells the story of a lady in white trying to hitch a ride from cab drivers, who then disappears. 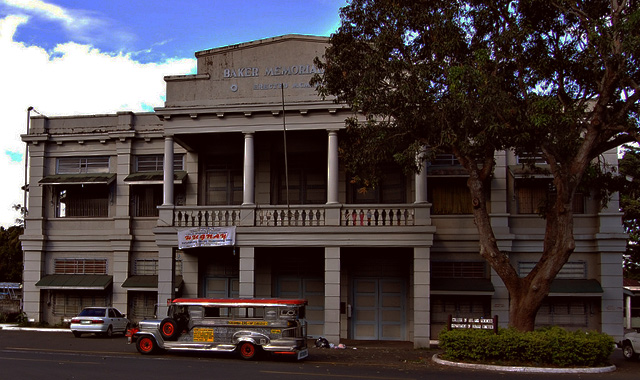 Charles Fuller Baker Memorial Hall (a.k.a. Baker Hall) is one of the oldest buildings at the University of the Philippines – Los Baños, Laguna. During World War II, Japanese soldiers occupied the campus and Baker Hall served as the internment camp of thousands of American prisoners and civilians. We all know that this is a recipe for future ghost stories. Students passing by the building, which used to be the university gym until 2010, claim seeing apparitions of garroted prisoners and hearing loud music and partying in the dead of the night. The campus is also at the foot of Mt. Makiling, which is believed to be the home of supernatural beings like the diwata and kapre. 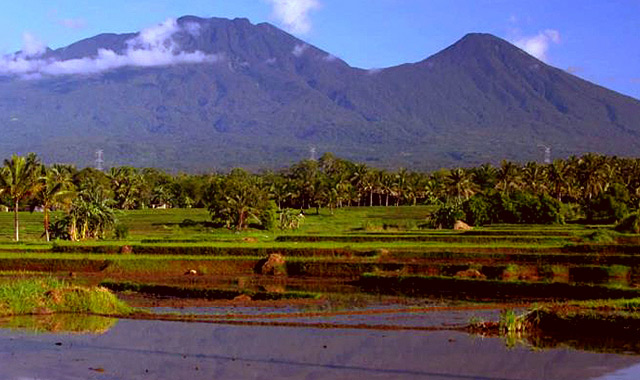 Mt. Banahaw, a volcano straddling the borders of Majayjay, Laguna, and Lucban, Quezon, is considered sacred by mountaineers and local residents. It is frequented by pilgrims especially during the Lenten season because of the cold springs believed to have holy water, and caves that have spiritual names such as Kweba ng Diyos Ama (Cave of God, the Father) and Husgado (Cave of Judgment). Despite these Catholic practices, Mt. Banahaw is still regarded as the dwelling place of mythological creatures—an irony not uncommon in the Philippines. 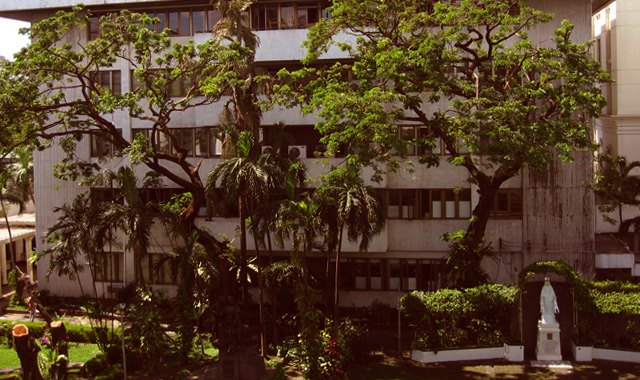 Fondly called SPS Building, Br. Connon Hall used to house student affairs offices such as the school publications, Culture and Arts Office, and Council of Student Organizations. Suffice it to say, it was the home of the university’s student leaders, artists, and dancers who often stay late in school to finish the next month’s paper or choreograph a routine. The story of the teenage ghost roaming the halls after dark doesn’t even bother them anymore. Legend has it that a student met an accident inside the elevator and it was only days after when the body was found. Another story says that a group of freshmen got stuck in the elevator on the day of their orientation in the '80s and ended up dead. The building is finally undergoing renovation, we just don’t know if they’ll be removing the non-operational elevator completely. 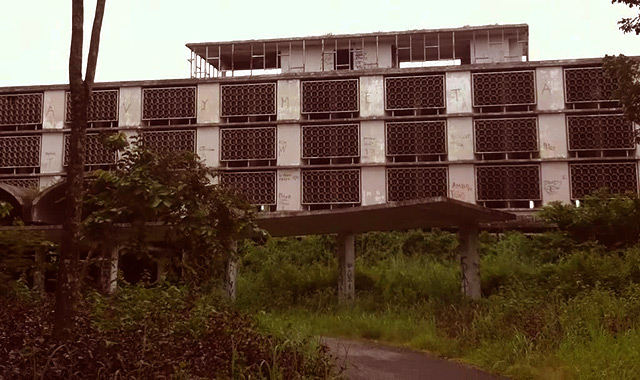 Featured in the I Wouldn’t Go in There series of the National Geographic Channel in 2013, the Clark Air Base Hospital is the last place you'd visit if you're easily scared. The hospital took in dying soldiers during World War II so you can only imagine how many souls could be roaming its halls now. 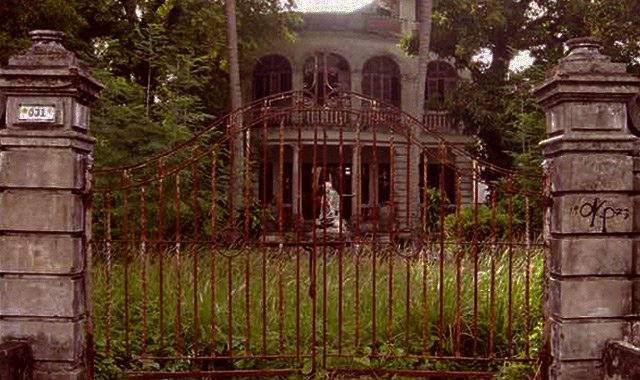 Also known as the Tiaong Stone House, this mansion built in the 1920s lived through World War II's multiple bombings. It was originally designed by Thomas Mapua and was later repaired by C. Gonzales after the Japanese occupation. The abandoned place now inspires stories of apparitions of headless soldiers and an elderly couple in white, the rattling of doorknobs, and the sound of chains being dragged. 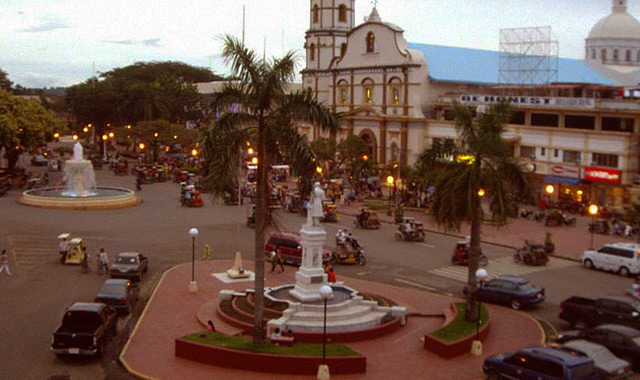 Capiz, a province in Western Visayas, has been stigmatized as the home of the aswang, manananggal, and kapre. People speculated that local legends started when a certain Teniente Gimo pretended to be an aswang to stop Japanese troops from entering the town of Dueñas in Iloilo. Others claim that the "aswang phenomena" on Panay Island started even before World War II. The most rational explanation for why Capiz is suspected to be the home of the aswang is an endemic and genetic disease called X-Linked Dystonia Parkinsonism (locally known as lubag). A person suffering from it often experiences body twisting, salivating, involuntary protrusion of the tongue out of the mouth, and tremors. It was only discovered in 2003, but it has already affected male residents of Panay Island for decades. You can only imagine how people reacted when they saw a local shaking violenty with their own eyes. 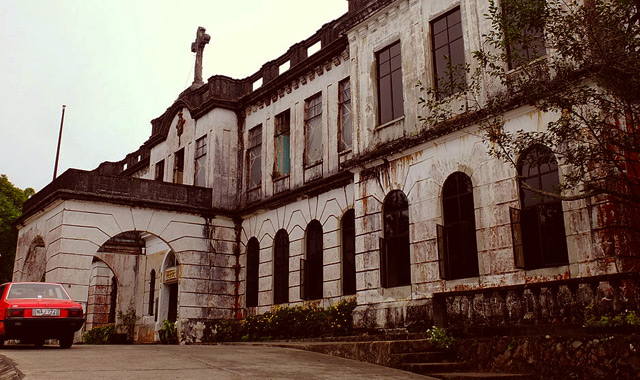 The Diplomat Hotel has a long history of violence, gruesome deaths, and controversial healing. It used to be a three-storey vacation house belonging to the Dominicans, thus the 17-hectare hill where it stands was called the Dominican Hill. The structure was completed in 1915 and was considered the most expensive stone structure in Baguio City. During World War II, residents sought refuge on the hill but eventually met their death when the place was bombed by the Japanese. It was later acquired by Diplomat Hotels Inc. in the 1970s and was turned into a 33-room hotel managed by faith healer Tony Agpaoa. The hotel was closed down after his death in 1982. Spirit questors and people who live nearby claim that they would hear the banging of doors, clattering sounds from the roof, and screams coming from the abandoned building. It is open to visitors from 8 a.m. to 5 p.m. 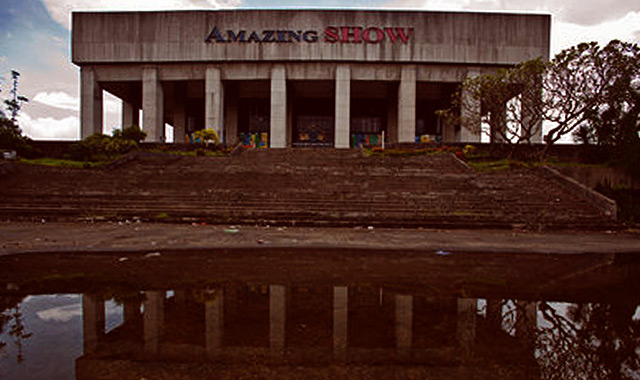 Regarded as the Philippines' largest tomb, the Manila Film Center witnessed a great tragedy on November 17, 1981 when construction workers rushing to meet the three-month deadline were buried alive after the scaffolding of an upper floor collapsed. Since it was the time of Martial Law under Ferdinand Marcos, media coverage was easily censored. The exact number of construction workers who died was undocumented. It's also not known if all the bodies were hauled out of the quick-drying cement or if a new layer of cement was just poured over them in time for the opening night of the 1st Manila International Film Festival in January 1982. "I was told that they just cut up all of the ones that were exposed...remove and build over...which is why the seats are very steep. It was a rush job. So these people were just, you know, they had to finish it, period," Mila Llorin of the 1st Manila International Film Festival said in an interview with Rogue.ph in 2015.

Haunted Miss World Philippines 2018 Travel Manila Film Center Diplomat Hotel Capiz Laperal Balete Drive Uplb Dlsu Banahaw Herrera Mansion
Your Guide to Thriving in This Strange New World
Staying
In? What to watch, what to eat, and where to shop from home
OR
Heading
Out? What you need to know to stay safe when heading out