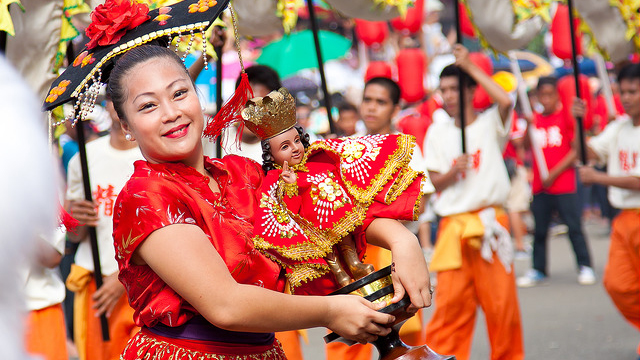 10 Ways to Survive a No-Signal Sinulog 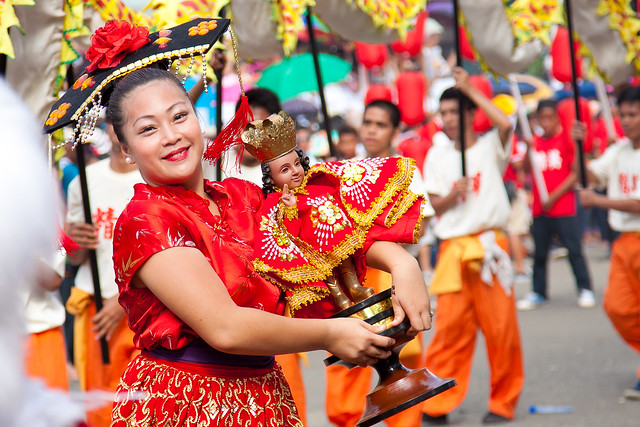 (SPOT.ph) Attendees of the Sinulog Festival in Cebu City were thrown in for a loop when the National Telecommunications Commission announced that there would be no signal this weekend for security reasons.

Now, don’t panic—the festival is doable even without your phone! And the Cebu City Police Office assures festival goers that they have enough manpower and communication facilities to address emergencies.

But how does one maneuver one of the busiest and craziest festivals in Southeast Asia without the ability to SMS or connect on social media? Here are 10 tips for Sinulog Spotters:

Remember the days when cellular phones didn’t exist? How did people manage to connect and meet up? Well, the point is, they did manage. It’s not impossible. Set a definite time and meeting place and go from there. This is a great opportunity to not practice ‘Filipino time’—so no one gets left behind!

Key meet-up places include Cebu Business Park, Ayala Center Cebu, and Escario Central. So do your research and pick restaurants or venues at these areas that would suit your companions. Check out the Sunday Sinulog itinerary at the end of this article for any of the main festival events that you and your friends would like to join.

If you’re hitting the festival with a big group, it’s good to designate key people with certain responsibilities. The friend with the most Sinulog experience gets to be the default group guide. Put your responsible friends in charge of the well-being of two or three people most likely to disappear—or get completely wasted.

Whether you want to check out the parade at the Main Grandstand where the dance troupes, floats and higantes are judged or join the street parade and parties, it’s good to keep tabs on your posse! 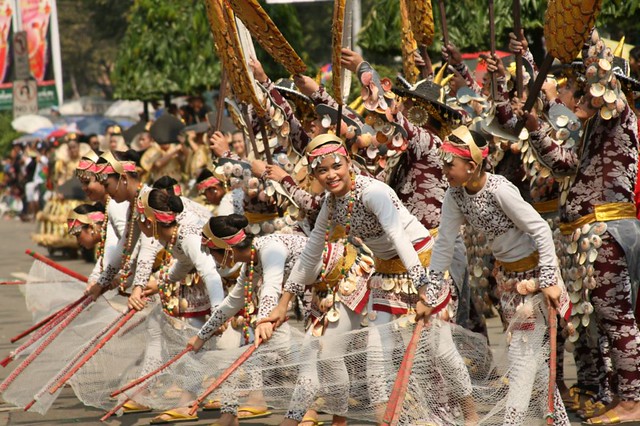 If you’re traveling as a pair, that’s much easier to organize. It’s also easier to find seating in restaurants or squeeze into the parade and party crowd. If you have no friends at all, well, now’s the perfect time to make them! There’s a slew of parties you may want to check out:

Study the street parade route if you’re keen to catch the highlight of the festivities! See the Grand Parade route on the Sinulog website.

Go off the Grand Parade path.

It can get overwhelming—and it might rain! You’ll be having mad fun dancing at City di Mare at South Road Properties (SRP), the latest popular hotspot in town. Drop by Alejandro's and Escario Central where the festive mood doesn't seem to disappear.

Hang out with the locals.

There’s nothing like having a pit stop at a hospitable ‘Bisaya’ amigo’s house—and having a beer and that famous Cebu lechon. They’ll probably have a landline phone or broadband Internet too—which will still work this weekend.

At night, your local friends might take you for a stroll in the middle of the city where Fuente Osmeña is, and of course hit Cebu’s selection of bars and clubs. Who knows, they could put you on the guest list!

Check out the very chic Morals and Malice, designed by Kenneth Cobonpue with cocktails created by Kalel Demetrio and Lee Watson. Recommended for dance-a-thons are ICON, a revived club in Mabolo, and Sentral, an R&B joint along A.S. Fortuna.

Even for a non-Catholic, it’s very interesting to visit The Basilica Minore del Sto. Niño and the Magellan’s Cross to discover the history behind the Sinulog Festival. Make sure you light candles and do the Pit Señor Dance to have your intentions granted—and experience an authentic Sinulog tradition.

For sure you’ll be sweaty and dirty by the time the festival peaks. Bring bottled water, an extra shirt in your backpack, some snacks, hand gel, wet wipes. It’s not Sinulog unless you get those infamous swipes of face paint from giddy strangers. It’s also not uncommon to get that random shower of beer or water! You might also want to grab some souvenirs at Ayala or along the parade path.

The good thing about being offline is that you have more time to focus on one of the best Cebuano pastimes: eating! What is the point of coming to Cebu if you don’t sample sumptuous Cebuano cuisine? Best bang for buck at Larsian for grilled fare (be prepared to eat messily); crispy and delicious Sunburst Fried Chicken and chicken chicharon; the two versions of pochero and the chicharon bulaklak at Kusina Uno; more native food at Hukad and Salinas; the Cebuano version of dim sum at Harbour City Dim Sum and Dimsum Break. Another must-try is the sizzling burger steak with egg at Orange Brutus, the city’s original fast food chain. Try to visit Abaseria, where Filipino dining goodness meets shopping pleasure (because you can actually purchase the beautiful decor in the store!).

When all else fails, you’ve got no other choice but to go with the flow! Sinulog is not the event to be uptight at—it is heaps fun! Let loose, dance your cares away, meet beautiful strangers, and have a really amazing weekend!

Check out the schedule below to plan your Sinulog lineup:

The author thanks Jude Bacalso and Jaja Chiongbian-Rama for their event tips in this article.