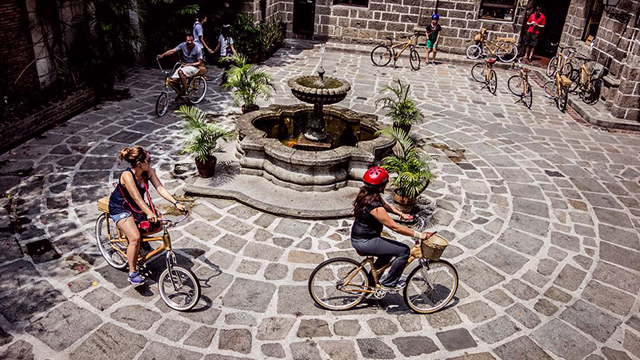 10 Great Places for Biking in Manila

You know you need the workout.

(SPOT.ph) With the hellish, constant traffic jam that is Metro Manila, biking to and from work or school would do everyone a lot of good. It doesn't only help in minimizing the number of cars on the road, but also does wonders for your health and the environment. Just imagine how nice it would be if the Metro were as bike-friendly as Amsterdam and Barcelona—we wouldn't have to worry about sharing the road with crazy drivers.

While we wait for more bike-friendly spaces, here’s a list of great places for biking in Manila. Remember, it’s best to ride in groups, go early in the morning, wear protective gear, and bring enough water for hydration when you go out. 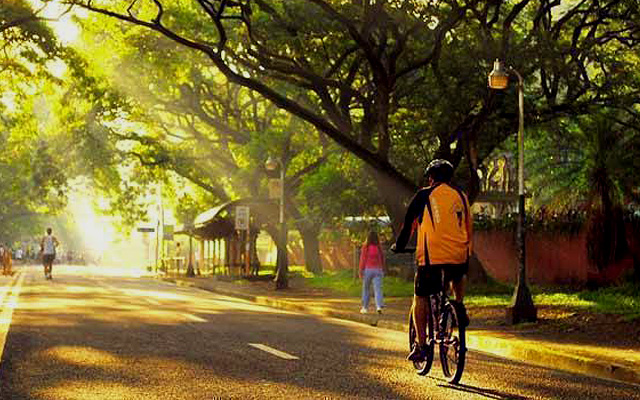 The dedicated bicycle lane at the University of the Philippines – Diliman is recommended for Sunday morning biking with the whole family. The two-kilometer loop, mostly covered with trees, has enough of an incline to get your blood pumping. If you’re feeling particularly strong, you can expand your route to include the rest of the campus, especially the Science Complex and Juan Luna Street’s Heartbreak Hill—which is named after the equally tiring but more daunting route of the Boston Marathon. 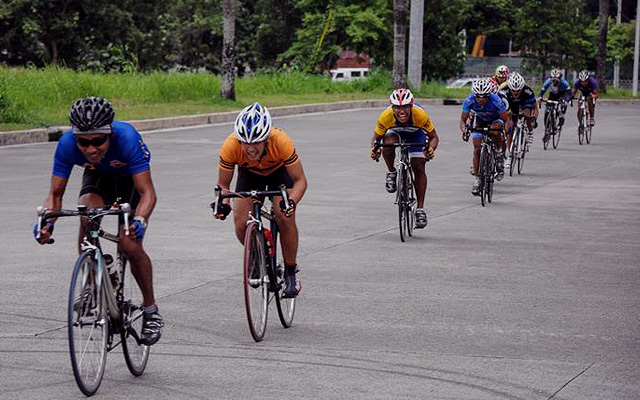 Located behind SM City Fairview, Neopolitan Business Park lets you enjoy your ride around a one-kilometer pentagon loop with up to four lanes. It is triathletes and avid cyclists because there's minimal traffic on the well-paved roadways. Make sure to the rightmost lane if you're there for casual biking. 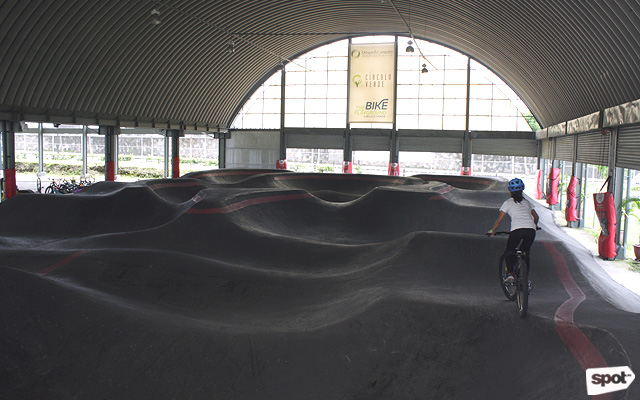 If you’re up for sweet tricks on your BMX, The Bike Playground in Circulo Verde is the place to be. It has a pump park—the first of its kind in the Metro—and an urban outdoor bike trail within the 10-hectare estate. If you’re not feeling that adventurous, you can casually bike around the area and enjoy its open spaces. 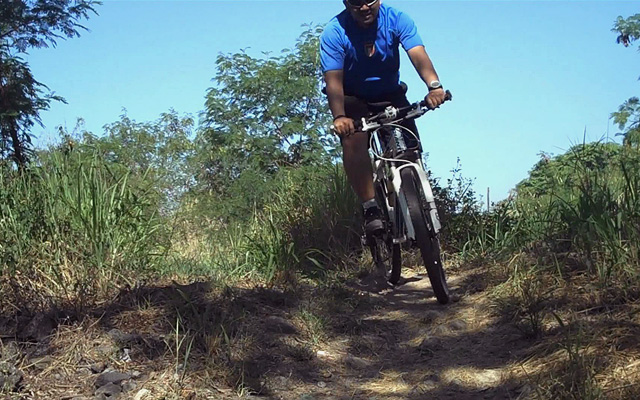 There are two bike options in Camp Aguinaldo: You can try their dirt-road racetrack or simply bike along the camp's roads. Don’t worry, vehicles are required to maintain a modest speed limit so it's safe for cyclists. Just present a valid I.D. before entering and you’re on your way to a quick pedal workout. 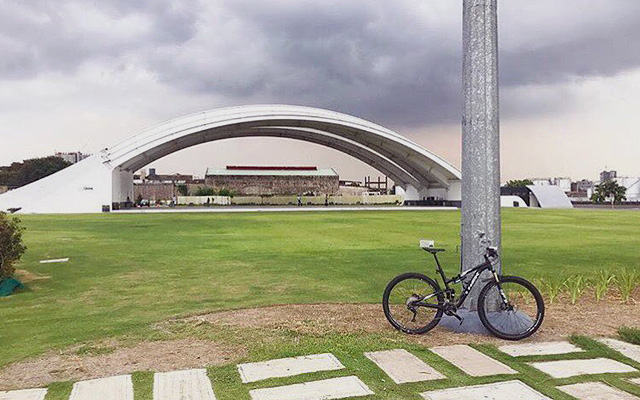 This 21-hectare development is slowly becoming a place where families can bond through physical activities and entertainment. We recommend you begin your route at the Riverfront Drive and make your way to the Symphony and Theater Drives to make a full circle back to Riverfront. You can do cross-training on the Circuit Grounds to add to your routine. 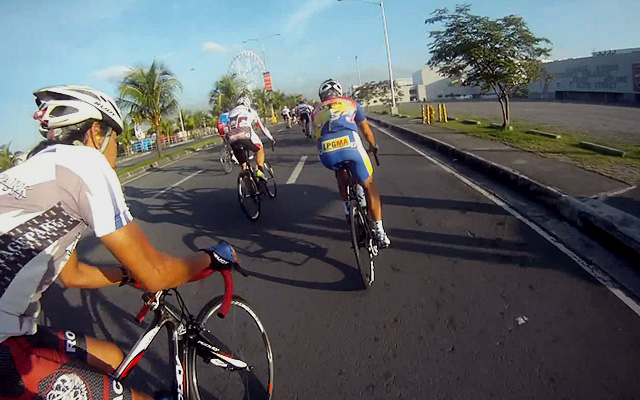 The Mall of Asia Complex, as busy as it may seem, is actually peaceful early in the morning or late in the afternoon. The main bike area is in Sunset Boulevard behind MOA, facing Manila Bay. The track is approximately one kilometer long, and cyclists love flocking to this area on weekends. 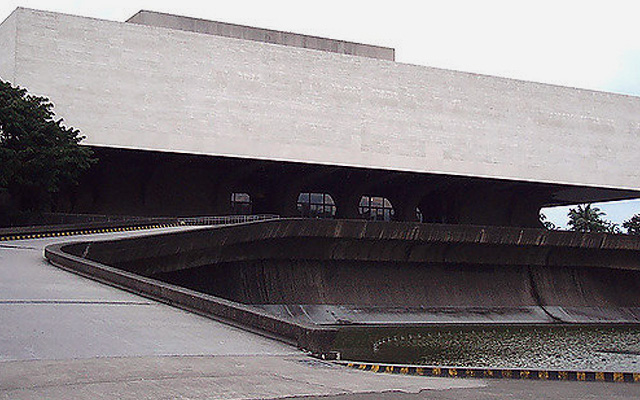 Cultural Center of the Philippines Complex

The entire Cultural Center of the Philippines Complex has a number of choices if you’re up for a leg workout. You can try biking along the service road on the opposite side of Roxas Boulevard. The roads surrounding the Cultural Center, Aliw Theater, Philippine International Convention Center, and Folk Arts Theater are great for practicing your turns. Just be careful as some parts of the area have deteriorated and are prone to accidents. 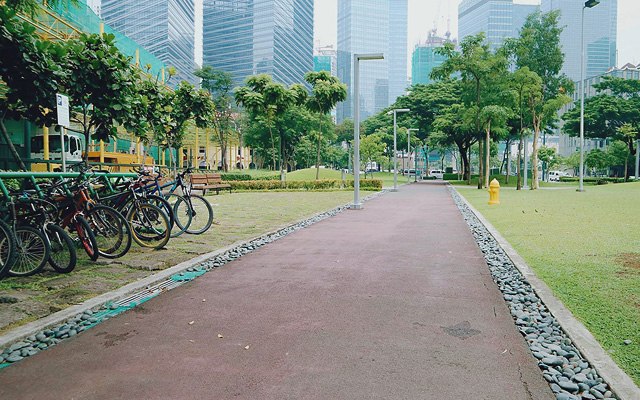 BGC, a favorite weekend spot, has dedicated a special bike lane along the 2nd Avenue, 11th Avenue, 28th Street, 30th Street, 31st Street, and Rizal Drive. You won’t have to worry about where you can leave your bike since there are plenty of bicycle racks around the area. 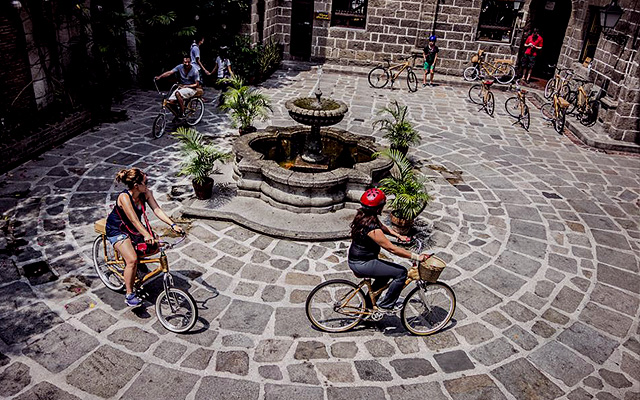 You may think that it would be a pain to bike on the cobbled roads of Intramuros, but the 64-hectare stone fortress has paved roads that are great for some peaceful biking. You also have the option to rent a bike instead of bringing one through Bambike Ecotours which, by the way, takes pride in renting out bikes made of bamboo to advocate sustainability and environmental conservation. They also provide tours that start at P600. 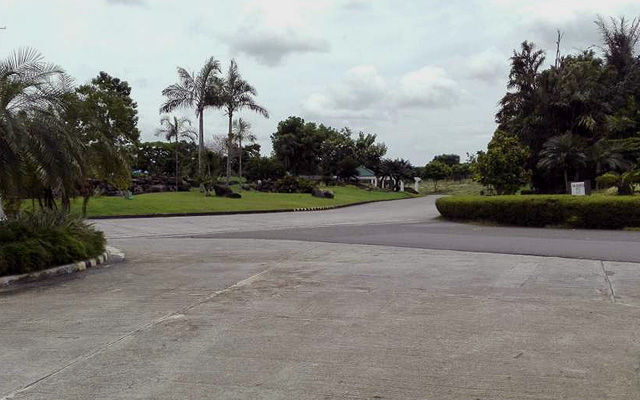 As creepy as it may sound, memorial parks are actually safe places for biking. Where else can you find a practically traffic-free zone? That’s why Manila Memorial Park in Parañaque is a haven for a lot of athletes and non-athletes to exercise, run, or bike. You can try Bougainville Avenue, Ginger Lane, and Rosal Lane for a two-kilometer workout.

Up Academic Oval Neopolitan Business Park Circulo Verde Camp Aguinaldo Circuit Makati Sm Mall Of Asia Ccp Cultural Center Of The Philippines Bgc Bonifacio Global City Intramuros Manila Memorial Park City Life Metro Manila Bike Biking Travel Asia Miss World Philippines 2018 Manila Getting Around
Your Guide to Thriving in This Strange New World
Staying
In? What to watch, what to eat, and where to shop from home
OR
Heading
Out? What you need to know to stay safe when heading out