10 Festive Places Around the Philippines to Visit This Christmas 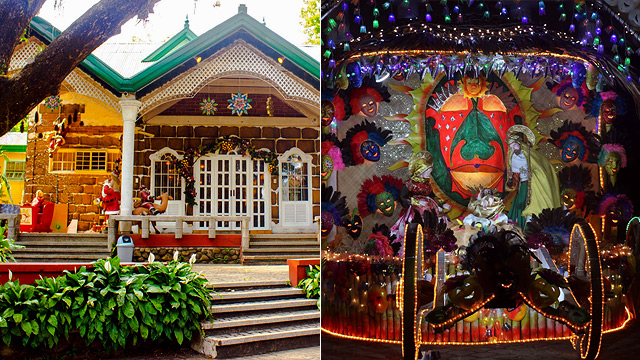 (SPOT.ph) Saying that Christmas in the Philippines is grand is an understatement. Where else would you find a three-month-long celebration, two whole weeks of parties and reunions, and gift-giving that extends into the middle of January? So it doesn’t come as a surprise that different provinces in the country go all out when putting up Christmas trees, decor, and lights.

We round up places around the Philippines that are worth visiting during the holiday season: 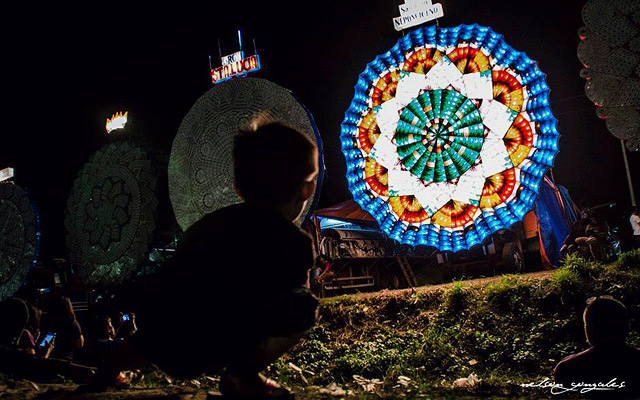 San Fernando, Pampanga has earned itself the title "Christmas Capital of the Philippines" because of its Christmas lantern- or parol-making industry. To celebrate the ingenuity and creativity of the Kapampangan, the Giant Lantern Festival is held every December. 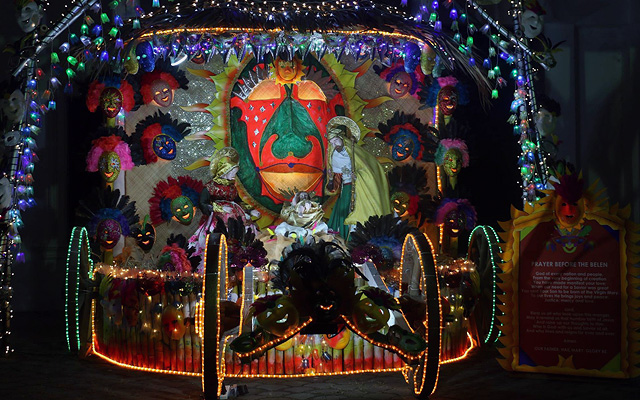 Belenismo sa Tarlac started in 2007 as a way to promote the province's cottage industry of making life-size nativity scenes. Locals go all out in interpreting the night of the birth of Jesus, from a belen made with fresh flowers to one with a modern setup. 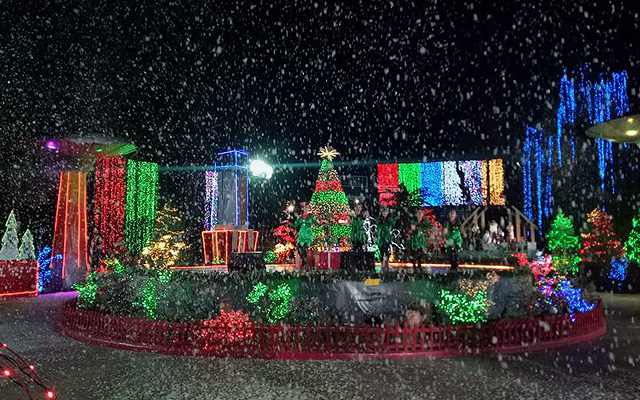 Baguio Country Club opened the seventh installment of its much-awaited Christmas Village on October 27. The attraction features a synchronized lights show, Christmas structures made from recycled materials, a nativity scene, and even artificial snow. 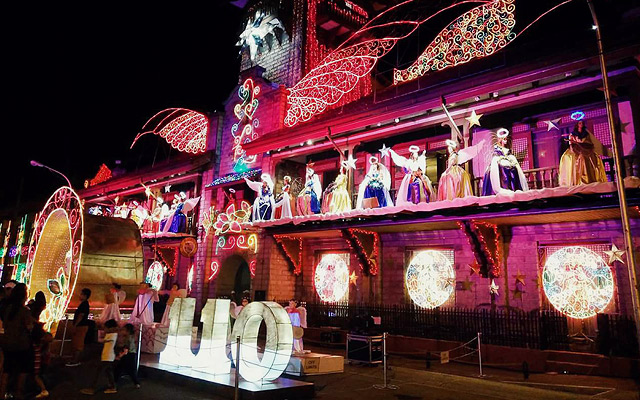 Zamboanga City kicked off its annual Christmas tradition through an extravagant switch-on ceremony of the City Hall's light display and decoration on November 27. With the 2017 theme "Anghel de Navidad," it features life-size angels in colorful garb. 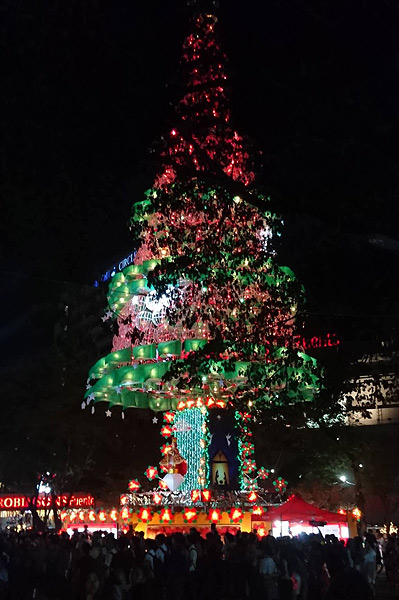 The main attraction for Pasko sa Sugbo, Cebu City's month-long celebration of Christmas, is the 115-foot tree at Fuente Osmeña. Parades, bazaars, street dancing, and other free activities are held at Plaza Independencia. The city's lights remain lit up until the grand parade for the Sinulog celebration in January. 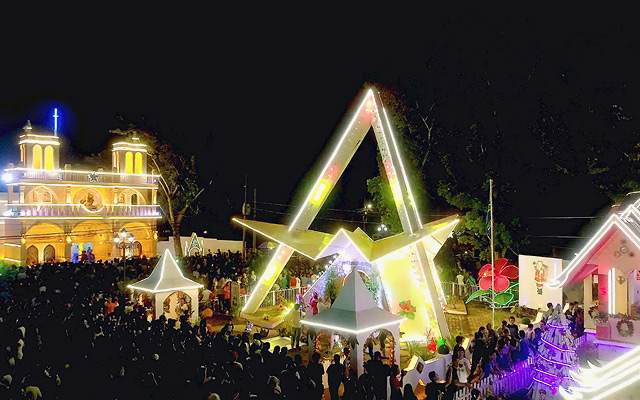 If Tarlac is known for its belen and Pampanga for its parol, Tangub City in Misamis Occidental is popular for its giant Christmas tableaus. For 2017, the Christmas Symbols Festival features replicas of the most extravagant tourist landmarks around the world such as the Notre Dame de Paris of France, South African Air Force Memorial, Garden Fountain at Borromeo Palace in Italy, and many more. 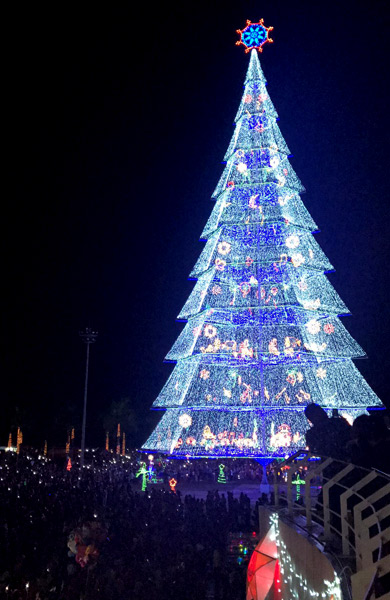 Tagum City's Giant Christmas Tree is as high as a 15-storey building, so you'll probably have to look at it from afar just to marvel at its beauty. The locals added a couple of feet to its last year record of 172.5 feet by putting up a taller and bigger star on the tree's apex. This giant Christmas tree tradition started in the late '90s when the celebration was still at the Freedom Stage grounds before it was transferred to the New City Hall in 2016. 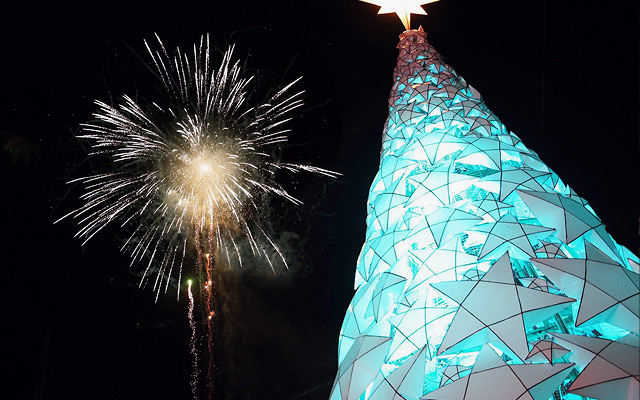 San Fernando, the capital of La Union, welcomed the beginning of the Christmas season during the annual lighting ceremony in front of the city hall on December 1. The display features colorful holiday lights that are in sync with the music of "Carol of Bells," "It's the Most Wonderful Time of the Year," and other Christmas medleys. Artificial snow even falls from the sky to transport you to a winter wonderland.

The musical light show plays daily at 7 p.m. and 8 p.m. while the snow show runs every Friday and Saturday at 7:30 p.m. 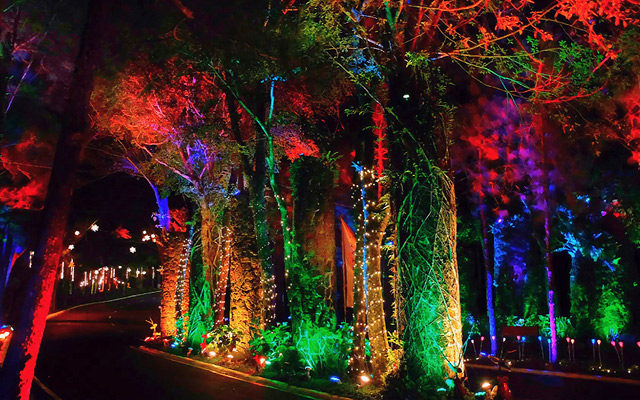 Woodland: A Forest of Lights

Crosswinds in Tagaytay City is often dubbed as the Switzerland of the Philippines because of its Swiss-inspired residential and resort facilities. This year, it amps up its Christmas celebration through colorful lights and projections on rows of trees within its compound.

Crosswinds’ Woodland is open daily from 6 p.m. to 9 p.m. Show starts every hour. 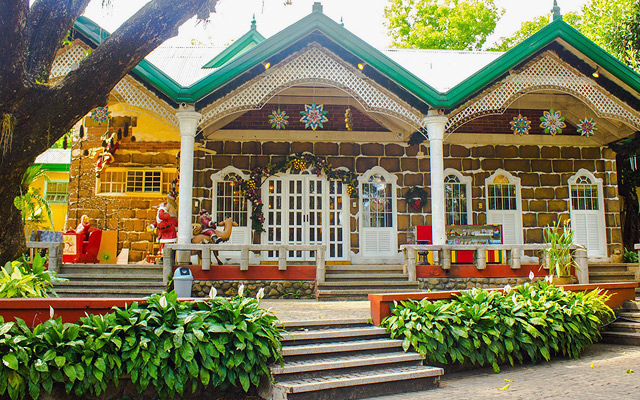 Casa Santa Museum has everything and anything related to the popular bearded figure believed to bring gifts to the homes of children on Christmas Eve. It has a collection of over 3,000 Santas, from a singing figurine to a life-size sculpture. Casa Santa was a family rest house until it was converted into a museum in 1995.

Christmas Travel Miss World Philippines 2018 Local
Your Guide to Thriving in This Strange New World
Staying
In? What to watch, what to eat, and where to shop from home
OR
Heading
Out? What you need to know to stay safe when heading out