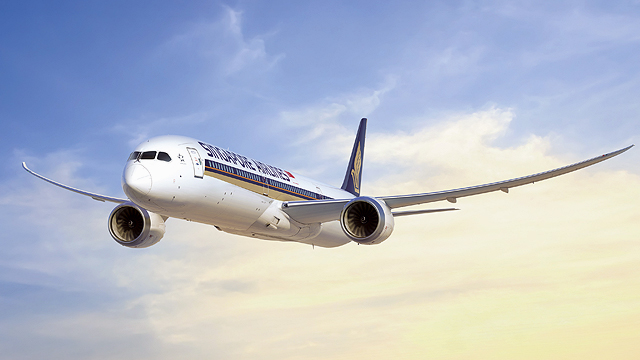 The "Great Singapore Airlines Getaway" is back!

(SPOT.ph) Who would want to endure 10+ hours on air being bored out of your wits or not being able to stretch your legs? Singapore Airlines makes sure their long-haul flights become a comfortable experience for their passengers by offering in-flight entertainment, serving the most delicious meals possible, and providing comfortable seats in their hotel-like cabins. In fact, the airline just bagged the World's Best Airline title at the 2018 Skytrax World Airline Awards on July 18 for these efforts. You can find out for yourself when you book a flight during the Great Singapore Airlines Getaway travel fair from September 7 to 9 at the Grand Atrium of Shangri-La Plaza in Mandaluyong. SM City Cebu and SM City Davao Ecoland will hold the fair from September 8 to 9.

As a bonus, Mastercard cardholders get the chance to book cheaper roundtrip fares for various destinations around the world, including key cities in Southeast Asia ( $193), Australia ( $563), and Europe ( $719). The exclusive deal also lets you enjoy two cities for the price of one—the other city being Singapore, of course—through the Singapore Stopover Holiday promo. Just make sure that you book two roundtrip tickets to another country (say Australia or Spain) so you can enjoy one-night stay in select hotels, unlimited Hop-On bus access, a WiFi stick while you're there, and passes to over 20 attractions—all in Singapore.

Singapore Airlines will also relaunch its long-haul flights to the U.S., specifically New York, Los Angeles, and San Francisco, starting in October. Catering to these routes is the airlines’ newly acquired Airbus A350-900.