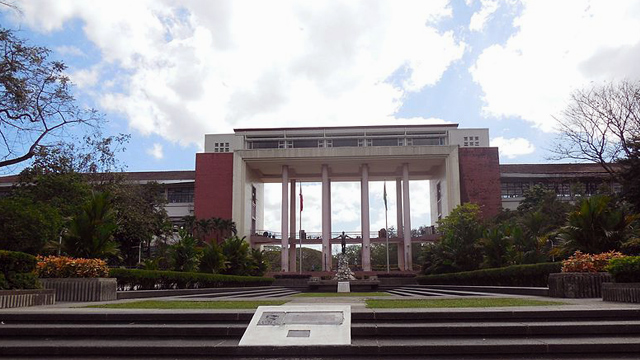 Rediscover Nature and History With UP Diliman's Walking Tours

You can join them for free!

(SPOT.ph) The sprawling campus of the University of the Philippines - Diliman has always been a favorite spot not just for graduates of the university, but also for joggers around the academic oval and the high schoolers aspiring to become an Isko or Iska in the future, among others. Its campus is definitely one to marvel at and this February, you get the chance to join a series of themed walking tours showcasing the university and all it has to offer for free!

In celebration of the University of the Philippines (UP) Diliman Arts and Culture Month, the Lakad Gunita Themed Walking Tours, organized by the UP Asian Institute of Tourism, will be held from February 11 to March 29 in various places in the campus.

Bird-watchers will want to drop by on a Monday to watch the Diliman Fauna Tour, where you can get a glimpse of the vibrant endemic and migratory species thriving in the campus.

The Diliman Fauna Tour will be held every Monday from 6 a.m. to 9 a.m.

The UP Diliman campus has been a witness of key historic moments in the Philippines and it's known to be a landmark of resistance against the authoritarian regime during the Martial Law period. Join this tour if you want to take a trip down memory lane.

It has been 70 years since the university moved its main campus from Ermita to Diliman. It has since become the home of many artworks and architectural buildings, which you can learn about in this tour.

The Public Arts and Architecture Tour will be held every Wednesday from 2:30 p.m. to 5:30 p.m.

Nature-lovers will want to explore UP Diliman's Gubat sa Siyudad. You'll be able to see native tree species, vegetation, and diverse plant species throughout the campus.

Get in touch with the past by revisiting the stories of places and spaces that bore witness to important historical events of the University.