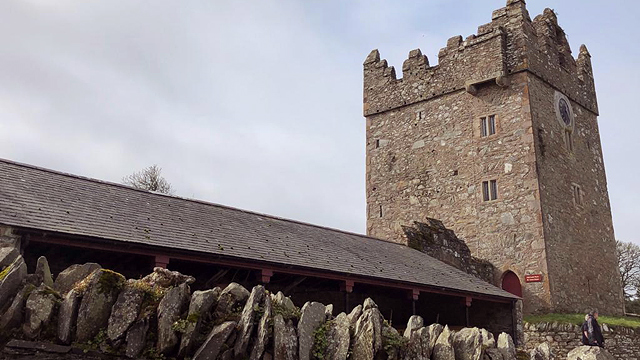 See Winterfell in Real Life When You Visit Northern Ireland

Check out the filming locations of your fave Game of Thrones episodes.

(SPOT.ph) Winter has finally come. After almost two years of waiting, Game of Thrones's eighth season finally premiered on April 14—much to the delight (and sorrow) of fans everywhere. It is the last installment, after all, of the American fantasy drama television series that follows a complicated web of alliances and conflicts among noble dynasties in the fictional continents of Westeros and Essos. As we bid farewell to the memorable characters and places in Game of Thrones (GoT), why don’t we take some time to appreciate the stories behind their filming locations?

Here are the places in Northern Ireland where most of the GoT episodes were filmed:

Castle Ward in Strangford is the real-life location of GoT’s Winterfell, which is the seat of the ruler of the North and the ancestral home of House Stark. Fictionally located at the center of the North and alongside the Kingsroad, the GoT castle features hot springs on its basement which keeps the place warm even in winter and winding tombs where the remains of Stark kings and lords are buried.

In real life, Castle Ward was originally called Carrick na Sheannagh and was owned by the Earls of Kildare. In the 16th century, it was bought by a certain Bernard Ward, father of Sir Robert Ward, who is the surveyor-general of Ireland. Throughout the centuries, the Wards built castles and mansions in the estate, including the 18-century mansion that has a classical Palladian style on one side and a Gothic style on the other. Story has it that Bernard Ward did not agree with his wife Ann on the décor. They compromised to split the house down the middle and have a mix of architectural designs.

Another familiar structure is the tower house, which was built in 1610 by Nicholas Ward. It is often seen in the first season of GoT. Other scenes filmed in Castle Ward includes the part where Arya and Bran were learning to shoot arrows, when the Starks greeted the Baratheons who were visiting Winterfell, Robb Stark’s Camp, the Baelor battle, and when Brienne confronts the Stark men. The place was too perfect for GoT that hundreds of crew members spent about eight weeks in Castle Ward to build the whole Winterfell set.

Considered as one of the natural wonders of Northern Ireland, the Cushendun Caves in Country Antrim were formed by extreme weather conditions in a period of over 400 million of years. It was used in GoT as the filming location of The Stormlands, which is one of the nine constituent regions of the Seven Kingdoms. You may recognize it as the cave where the Red Priestess Melisandre gave birth to the shadow baby that killed Renly Baratheon. Cushendun Caves’ erratic weather was just right for The Stormlands’ violent storm.

A stone’s throw from the caves is the Cave House, a secluded 18th-century residence for Nicholas de la Cherois Crommelin and his family. In 1903, Crommelin’s grand-daughter Constance married John Masefield, who eventually became England’s poet laureate. Masefield was known as the “poet of the sea” whose art was inspired by the panoramic seascape of the Cave House.

The Dark Hedges, an avenue of beech trees along Bregagh Road in County Antrim, was used as GoT’s Kingsroad—the longest and grandest highway in the Seven Kingdoms. The fictional road runs from Castle Black at the Wall all the way south to the capital city of King's Landing, passing Winterfell along the way. It may be familiar in the scene where Arya, Gendry, Hot Pie, and Yoren escape from the King’s Landing on a cart to join the Night’s Watch.

In real life, the Dark Hedges lead to the majestic Gracehill House, which was built in 1775 by James Stuart and named after his wife, Grace Lynd. To impress guests arriving at their mansion, they had 150 beech trees planted along the road to the estate. Two centuries later, the trees remained and became one of the most visited and photographed natural wonder in Northern Ireland.

Iron Islands and Dragonstone may be fancy names in the GoT kingdom but the location where they were shot also has an interesting nickname. The Ballintoy Harbour is a small fishing bay more known as the "Raised Beach." Because it is "raised," the harbour wasn't submerged under the sea despite the rising tide that would wash into its curved cliff face.

Ballintoy Harbour is located at the end of a small narrow steep road down Knocksaughey Hill in the village of Ballintoy. It passes by the entrance to Larrybane and Carrick-a-Rede Rope Bridge, a rope bridge suspended almost 100 feet above sea level and created by salmon fisher folk almost 350 years ago. It is now a tourist attraction especially among young people who have no fear of heights.

This harbor was used as for the exterior shots of Pyke in the Iron Islands and even some scenes in Dragonstone. More specifically, this coastal area was where Theon Greyjoy first meets his sister Yara.

Game Of Thrones Ireland Travel
Your Guide to Thriving in This Strange New World
Staying
In? What to watch, what to eat, and where to shop from home
OR
Heading
Out? What you need to know to stay safe when heading out