Free Walking Tour of Manila Chinese Cemetery and La Loma Cemetery
Loading
Already a member? Log in
No account yet? Create Account
Spot.ph is your one-stop urban lifestyle guide to the best of Manila. 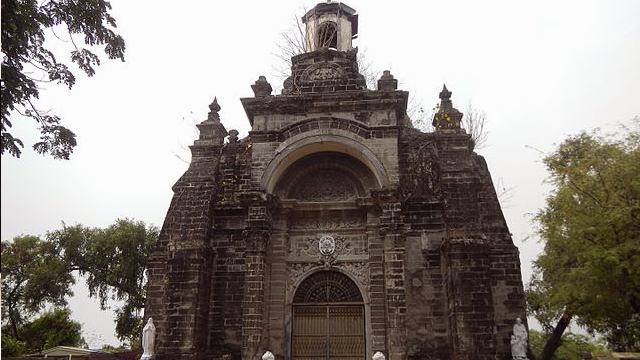 This Free Walking Tour Takes You Around Manila's Oldest Cemeteries

It's happening on Sunday.

(SPOT.ph) Aside from special days like birthdays and other family gatherings, the only time that most of us visit our departed loved ones in cemeteries is during All Saints' Day and All Souls' Day—because for Filipinos they're often one and the same. An upcoming edition of Royal Postal Heritage Guided Tour is bringing us to two of Manila's oldest cemeteries: La Loma Catholic Cemetery and Manila Chinese Cemetery—both in Santa Cruz. It is scheduled on September 29, Sunday. Assembly is from 7:30 a.m. to 8 a.m. at the R. Papa LRT Line 1 Station.

The La Loma Catholic Cemetery, which opened in 1884, straddles the border of Caloocan and Manila with its expansive area of 54 hectares. The oldest cemetery in Manila that's still in use, it is the burial place of Victorino Mapa—the second chief justice of the Supreme Court, Pablo Ocampo—resident commissioner to the U.S. Congress, and Maria Lorena Barros—founder of a women's rights group.

The Manila Chinese Cemetery, which was established in the mid-1880s, was the designated resting place for non-Catholic Chinese citizens who weren't allowed to be buried at La Loma. While it now houses luxurious mausoleums, it witnessed many bloody deaths in 1899. It was a place of battle a day after the Filipino-American war broke out, an account of which is not often narrated in history books.

The Royal Postal Heritage Guided Tour hopes to shed light on these moments in our history through regular editions of free walking tours. Donations to the cause are welcome.

Participants are also encouraged to bring an extra shirt and a bottle of water in preparation for the five-hour tour. You can also bring red and white candles and matches.