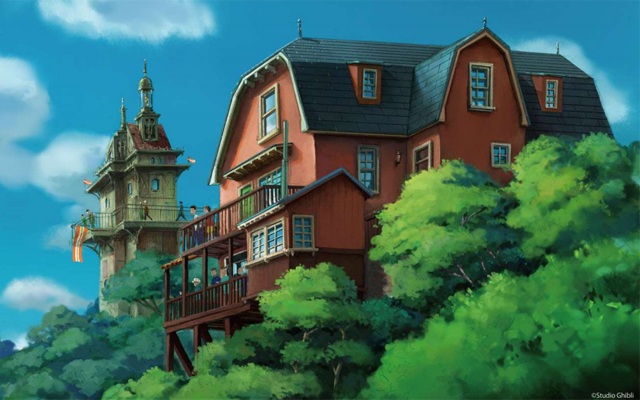 Despite Delays, The Studio Ghibli Theme Park Is Opening in 2022

(SPOT.ph) Studio Ghibli fans everywhere were all hyped up when plans to open a large-scale Ghibli-inspired theme park in Japan were revealed to the public in June 2017. Designs of the project were unveiled in April 2018; and when we thought we couldn't be anymore excited, Aichi Prefecture governor Hideaki Omura announced: "We are still on track and are planning to open the park in fall 2022," as reported by Tokyo-based news site SoraNews24. Autumn season in Japan is usually from September to November.

Preparations for Ghibli Park started in early 2020; but with the coronavirus outbreak, construction had to be suspended for two weeks. A groundbreaking ceremony, which will be attended by Studio Ghibli chairman Kiyofumi Nakajima, will officially mark the resumption on July 28.

The much-awaited outdoor attraction—the first of its kind for Studio Ghibli—will be located on a 200-hectare plot of land within the Expo 2005 Aichi Commemorative Park in Nagakute City. It will be divided into five zones, which are all based on the studio's amazing repertoire of animated films. There will be Hill of Youth, which takes after the 2004 movie Howl's Moving Castle; Ghibli’s Large Warehouse, which is an indoor space for exhibitions, small-film viewing, shops, and restaurants; Mononoke’s Village, which features a replica of Tatara Ba or Iron Town; Valley of Witches, which draws inspiration from the magical world of Kiki's Delivery Service; and Dondoko Forest, which recreates a rural landscape reminiscent of My Neighbor Totoro's setting.

Japan's seven-week state of emergency concluded on May 27, but the national government didn't implement a lockdown or strict quarantine. According to data from Johns Hopkins University School of Medicine, the country has a total of 24,053 confirmed cases of COVID-19—with 985 deaths.